"Visible Life": Belle Boggs to Speak on Motherhood and Fertility at Malaprop's

"Visible Life": Belle Boggs to Speak on Motherhood and Fertility at Malaprop's 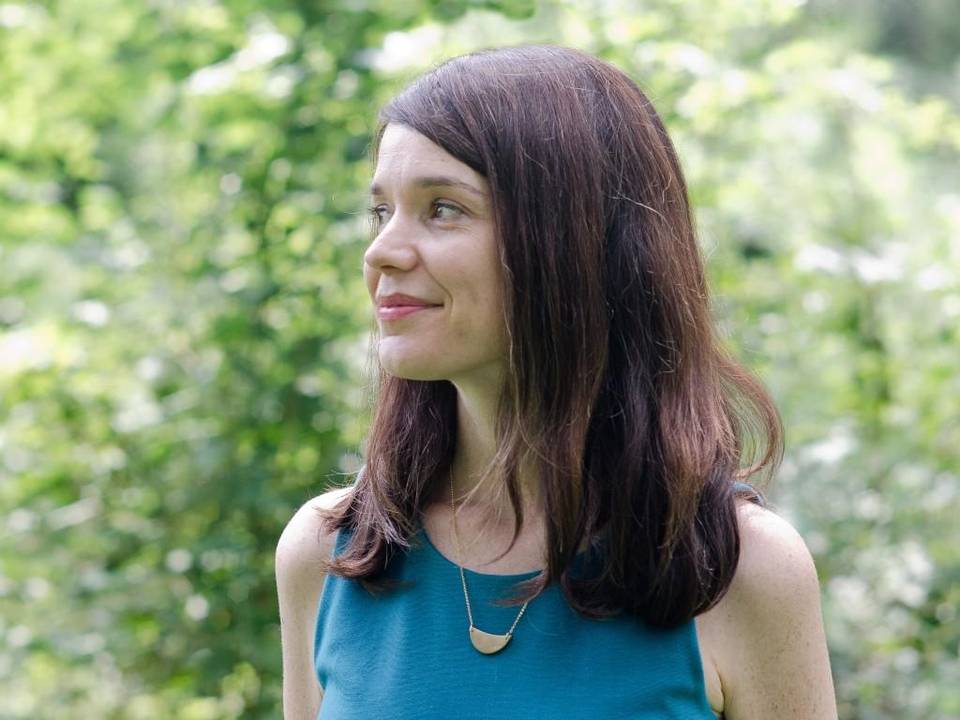 Several months ago, a friend gave me a copy of his Orion magazine--one of the best publications out there for ecological and environmental writing. As I thumbed through it, I was struck by one of the articles, which included a picture of two gorillas at the North Carolina Zoo in Asheboro. The title, "Baby Fever," is also a chapter title in author Belle Boggs's new book, the part memoir, part scientific, part naturalist The Art of Waiting: On Fertility, Medicine, and Motherhood. I also tracked down an earlier issue of Orion, which had published the book's first, titular essay (read it here). Although the topic of procreation was not something I had on my mind at the time, I fell into Boggs's gorgeous, vulnerable prose, and her story of her own "baby fever" and years-long struggle with infertility, headfirst. Boggs, who teaches in the MFA Program at North Carolina State University, will be at Malaprop's Bookstore and Cafe in downtown Asheville this coming Wednesday, October 26th at 8 pm to talk about and sign the book.

Boggs's earlier short story collection, Mattaponi Queen, was published by Graywolf Press in 2010, and received Katharine Bakeless Nason Prize Publication Prize for Fiction. Her new book spans the years of her infertility, when she and her husband ran through the gamut of infertility treatments until they decide to pursue In Vitro Fertilization (IVF), despite its success rate of well under 50% and its high cost (IVF is not covered under North Carolina insurance). But her lens is much wider than her own journey to (eventual) motherhood. She also charts the course of others who share the desire to raise children but are met with obstacles, from adoptive couples concerned about the murky details surrounding their child's birth family to a gay couple who tries surrogacy in Nepal. And people aren't the only characters that populate this profoundly touching work--Boggs reveals the sometimes strange, delicate, and fascinating reproductive rituals of animals, even insects. The book opens and closes with the images of cicadas, who live underground for almost their entire lives, coming up only to breed and die.

It's spring when I realize that I may never have children, and around that time the thirteen-year cicadas return, tunneling out of neat, round holes in the ground . . ., filling the air with the sound of their singular purpose: reproduction. In the woods where I live, an area mostly protected from habitat destruction, the males' mating song, a vibrating, whooshing, endless hum, a sound at once faraway and up close, makes me feel as though I am living in a seashell.

The book, which I read breathlessly over a period of not quite 2 days, is filled with the humming of varied worlds--from the life and death cycles of woodland life to the whirring of machinery in doctors' offices and labs, from the soft whisperings of a mother to her newborn to the conversations of women attempting to make sense of their desire for children at almost any cost in a support group for IVF. It also spans the varied scenes and experiences of our human race, whether they happen in Boggs's own home near the Haw River or take place as far away as Ethiopia or Central Asia.

The fact that this is a book primarily about motherhood shouldn't deter anyone other than that slice of the population from reading this book or attending Boggs's talk at Malaprop's. Anyone who gravitates towards scientific or naturalist writing will enjoy this work, which is filled with entertaining and informative facts and figures couched in the author's compelling and deeply moving personal narrative. And lovers of literature will thrill at Boggs's lucid discussions of works like Who's Afraid of Virginia Woolf?, Sula, and Macbeth in relation to her topic.

I spoke with Boggs about the book, as well as her role as a mother and a writer.

Asheville Grit (AG): How did it feel to move from publishing fiction into writing a memoir on a subject so personal? Was it ever difficult? How did you deal with issues around your desire for your--and your daughter's--privacy, if they came up when writing or talking about the book?

Belle Boggs (BB): Because The Art of Waiting considers so many other stories—true stories from women and men who had long or difficult journeys to parenthood, as well as stories from literature and film—I never felt overexposed. One of the things I love best about writing nonfiction is this ability to find and commit myself to other people’s stories, research, and struggles.

AG: Can you talk about your writing process for this book? How did it evolve from the original piece in Orion to a full-length book on the subject?

BB: I began by writing individual essays as a way of investigating my own path to parenthood, and the ethical and cultural and political questions I had about reproduction. But I saw that some of the questions I was interested in answering—where did this sense of failure and shame (connected to infertility) come from, what are the roots of pronatal pressure and what is the impact on women?—were bigger questions that that connected ultimately, for me, to important ideas about choice, about the importance of hearing many stories about the path to family.

AG: Your book is filled with interesting facts about animal reproductive habits. Do you have a favorite, or one that's especially memorable?

BB: My favorite would have to be the story of the NC Zoo’s lowland gorillas—not because they have such unusual habits but because they have been an enormously successful troop. When I began writing about them only one gorilla, Jamani, had conceived—a pregnancy that ended in stillbirth. But by the end of my research process she’d conceived again, and in fact all three female gorillas had given birth, which is very rare with captive gorillas. I was really interested in how difficult it would have been to predict the reproductive outcomes of this group, and also in the way that the limited experiences each female gorilla had in observing gorilla parenting appeared to affect her expectations for her own family. Jamani grew up in a gorilla troop where infant sharing was common and tolerated, while Olympia (another female who gave birth around the same time) had seen another gorilla mom with twins—so when Olympia took Jamani’s baby, it didn’t seem to occur to Jamani that she wouldn’t return the infant.

AG: What piece or two of advice do you have for new mothers, particularly if they, like you, had a difficult time conceiving?

BB: I think that many of us who have experienced infertility (or pregnancy loss) assume that ours is an unlucky lot—that because we struggled we are destined to keep struggling, which is of course not true. I used to stare at my daughter while she slept—I was afraid she’d stop breathing if I wasn’t staring at her. I wish that I could go back and be less anxious, but I know I’m grateful every day.

AG: I love the way you write with such candidness and vulnerability. I imagine that people react strongly to the book (as I have) and want to connect through their own stories. Can you talk a little bit about the reception of the book on this personal level with readers?

BB: Thank you! I love hearing from readers, whether they have been through something like my experience, think they may never have children but find the cultural pressure something they want to think or talk about, or are still on the roller-coaster of infertility treatment. I have a section of selected resources at the back of my book—things like legal resources for LGBTQ families, websites and blogs about adoption, about IVF, sources of funding and grants. This is not a comprehensive list, and I’m working to collect resources meaningful to other people who have pursued what Martha Ertman calls “Plan B” families for my website. I would love to keep in touch with readers, and keep adding to this list.

AG: What piece of advice do you have for writers?

BB: Get out and meet new people, as often as you can. I also like to think about unexpected contrasts or pairings—so if I’m writing about IVF, for example, I’ll wonder what seemingly unrelated topic or experience or research path can I find to help open up my thinking. And get away from your devices when possible—away from the phone and the computer. I still have to remind myself to do this, but it always helps my writing.

Belle Boggs teaches creative writing at NC State University. She will speak at Malaprop's Bookstore and Cafe on Wednesday, October 26 at 7 pm. Malaprop's will be selling copies of The Art of Waiting for the talk and signing. The event is free and open to the public. 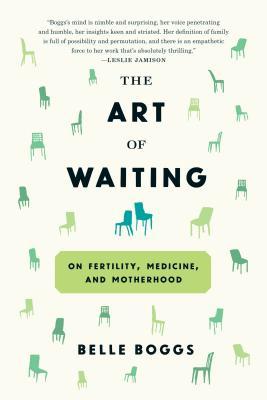