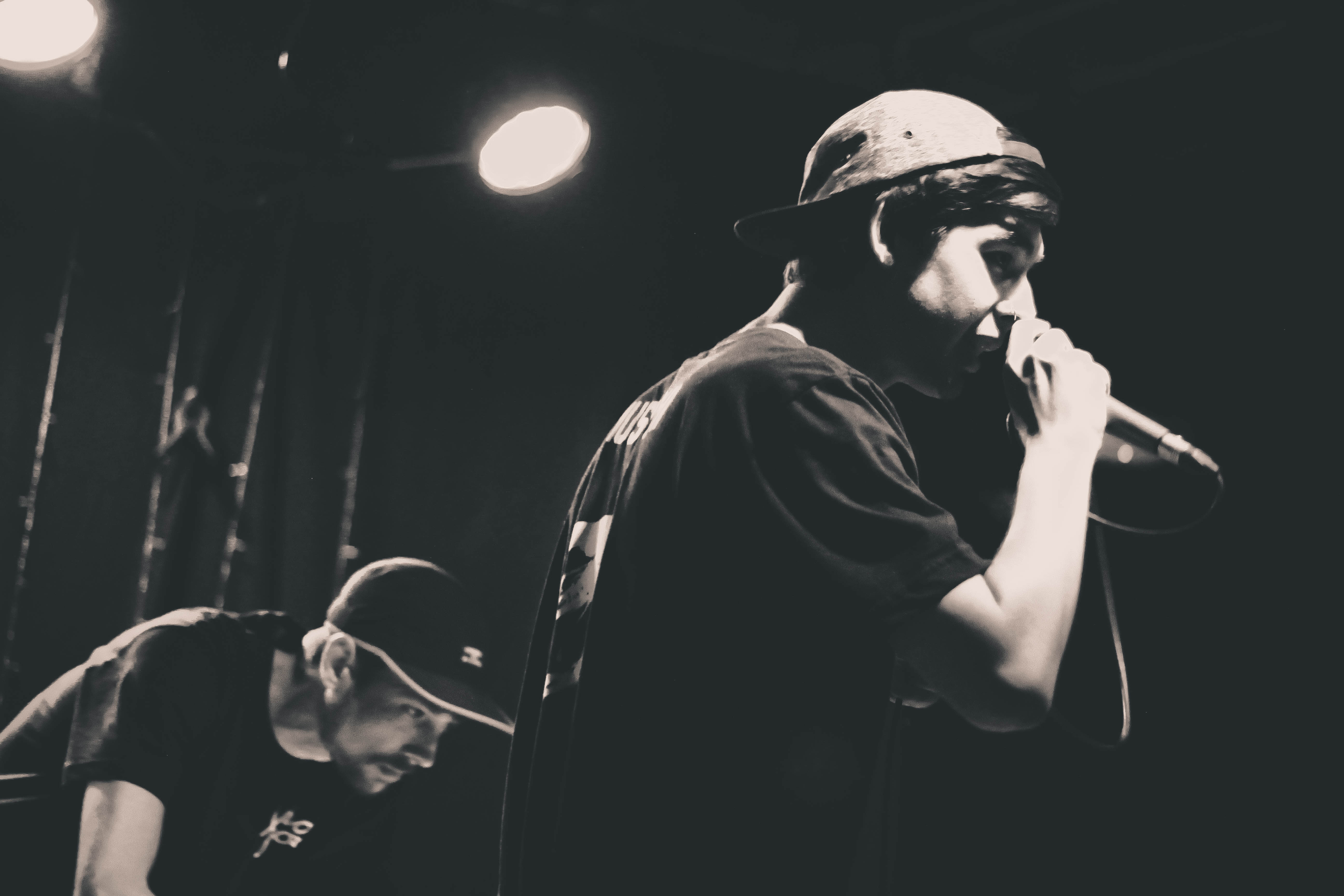 For Asheville hip-hop artist Musashi Xero (Tyler Jackson), the last two years have been a period of creative and personal evolution. He's got a couple of full-length albums under his belt and is launching a new release through his Xero God project this fall.

He also just turned 26 and has hit his later twenties with a sense of purpose, drive, and discipline. The last year included some monumental shifts. "25 was a year of personal growth coming out of a lot of self-loathing," he says. "It's ending with new discipline. I have friends I made last summer that feel I’m really different from last summer because of that [personal growth]."

By discipline, Jackson alludes to new changes in his life--his decisions to become a vegetarian and not to "sleep around," for instance--but also in his music. "I felt like I had just lived in excess doing whatever I wanted all the time," he says, "and I got tired of that. I set certain goals I wanted to achieve. I cut back on shows and became pickier." 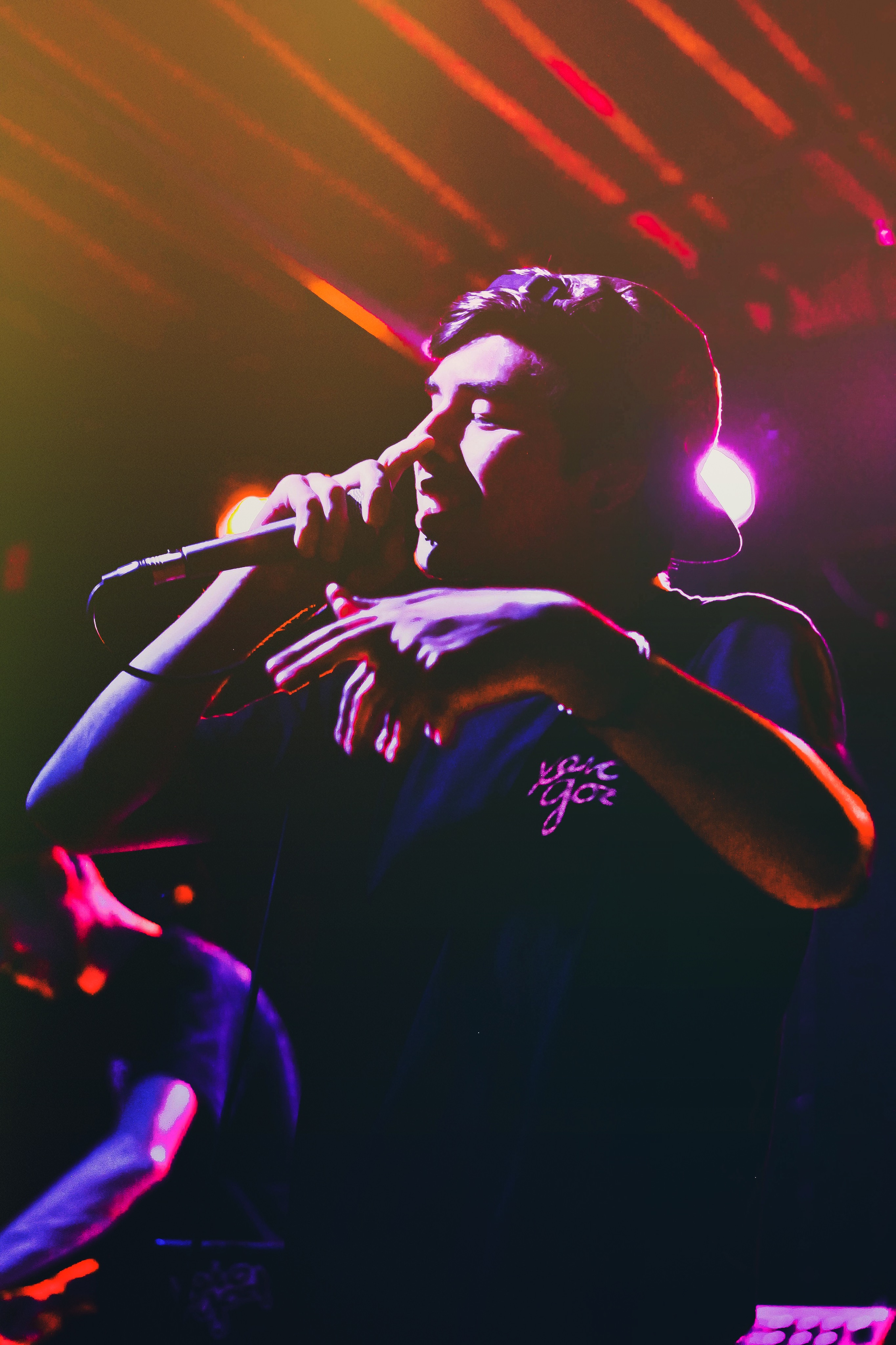 It's a different attitude and outlook for the young rapper, who a couple of years ago was just trying to push new material out. "My focus two years ago was to start putting content out and solidifying a sound and getting a good catalogue. That’s been my obsession, to have this catalogue of music people can get their hands on.

When we did our first interview it was more about taking every interview I could, playing every show I could, playing open mics. I didn’t worry about the technical side or payment side, it was all about getting out in public to show people what I could do, to share my thoughts. But as that’s moved forward and progressed I’ve joined a network [the Asheville Beat Tape Collective]. Whereas before I didn’t know any of the BEATLIFE guys, I didn’t know Panther God [Paul Gaeta].

"Now I feel I’m approaching that point, and I don’t want to overdo it. I don’t want to run out of ways to spin my perspective. I want to do a little growing and take a breather, take in life and absorb where I’ve gotten over the last couple years. I want to take that in and process it and make the right steps moving forward."

He definitely achieved his early goals. Collaborations with producers that he met on social media and music sharing platforms like Soundcloud resulted in tracks that started to crystallize his sound, which was--and still is--inflected by slow jazz riffs, deeply poetic and cadenced vocals, and a late-night aesthetic. Jackson released his first album, Underground Kill Wave, back then and it's still just as fresh today.

After that came his collaboration with Asheville producer Panther God (Paul Gaeta). It was the birth of Xero God, an intergalactic anti-hero whose personal darkness emerges out of an inner world created by the two artists. The Xero God project is one of the most exciting things to come onto the regional music scene in recent memory. 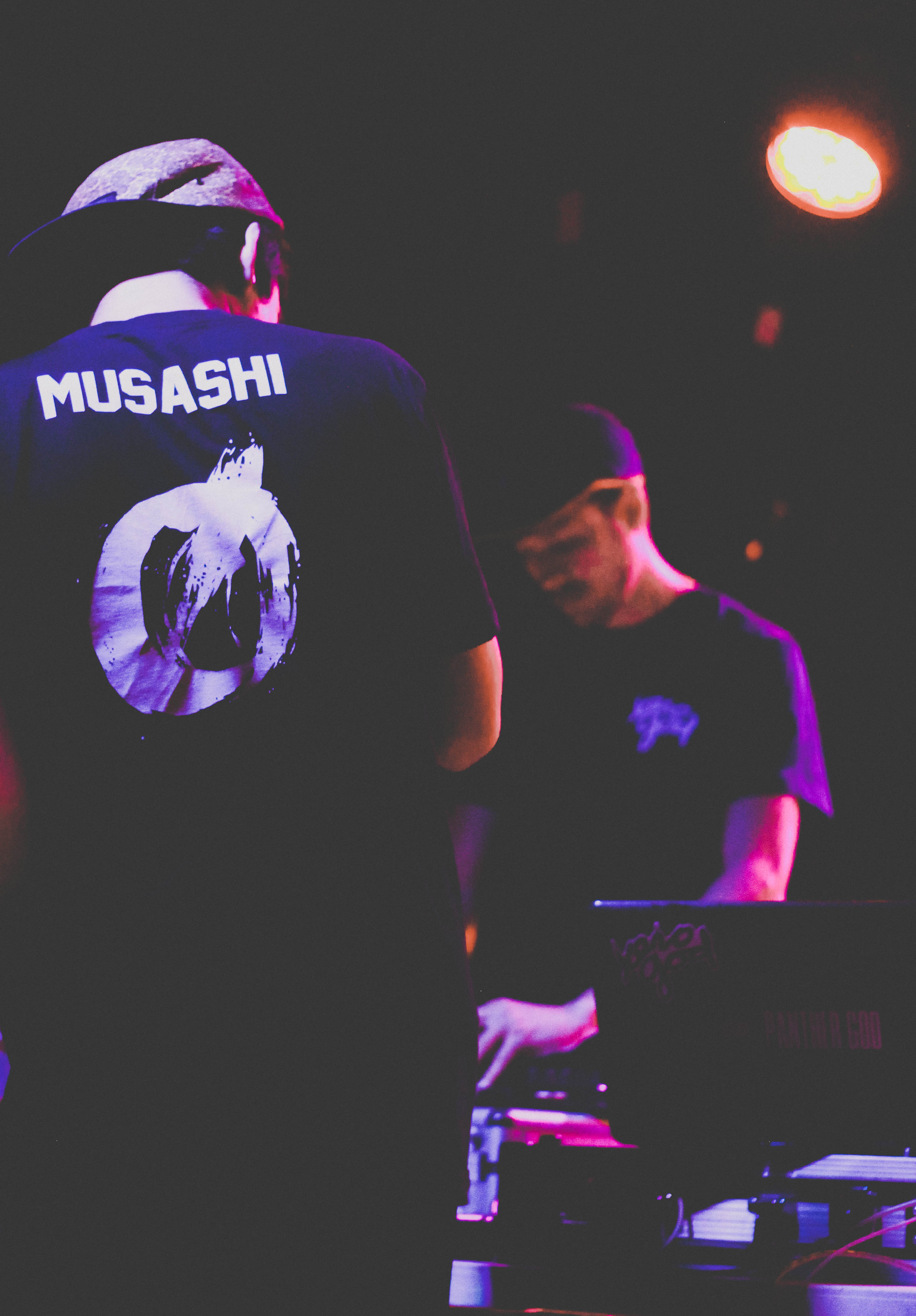 The duo has gotten a lot of love on outlets ranging from rapper Homeboy Sandman, who included Xero God in his curated mix a few months back, to the recent All Go West Festival, where they were included in the line-up for the Mothlight stage, playing alongside The Difference Machine, RBTS WIN, and festival headliner Kool Keith. Keith also gave love to the project.

Xero God is finishing up an EP, Bandidos, and they have another album in the works. Jackson has "learned a lot from working with Panther God. We have that dynamic where we can both learn from each other. I’ve been working with him on the Xero God project so closely, and he’s definitely been a mentor.

"Working with Paul was very timely. The Xero God project synced up with the discipline thing I’m talking about. We were doing Xero God, and I saw it was time to focus up. The things that stressed me out two years ago and felt heavy don’t feel heavy now."

New stresses have come in as shows have gotten bigger, but Jackson welcomes them. Once the little things don't cause as much anxiety, "you look to get more stress," he says. It's about continuing to grow as an artist and a person. "You work harder to find more stress to stress yourself out, and when you get to a point where you think 'I can handle this now, it’s not heavy at all,' it's time to move to the next level."

The community Jackson has become an integral part of gives back just as much as he puts in. "My focus now is working with the network that I’ve grown into," he says. "I’m super grateful. I think about how grateful I am to work with these incredibly talented producers all the time. I can’t write at my best without really inspiring production. If the instrumental isn’t the vibe and on point it’s very difficult to get in that headspace." 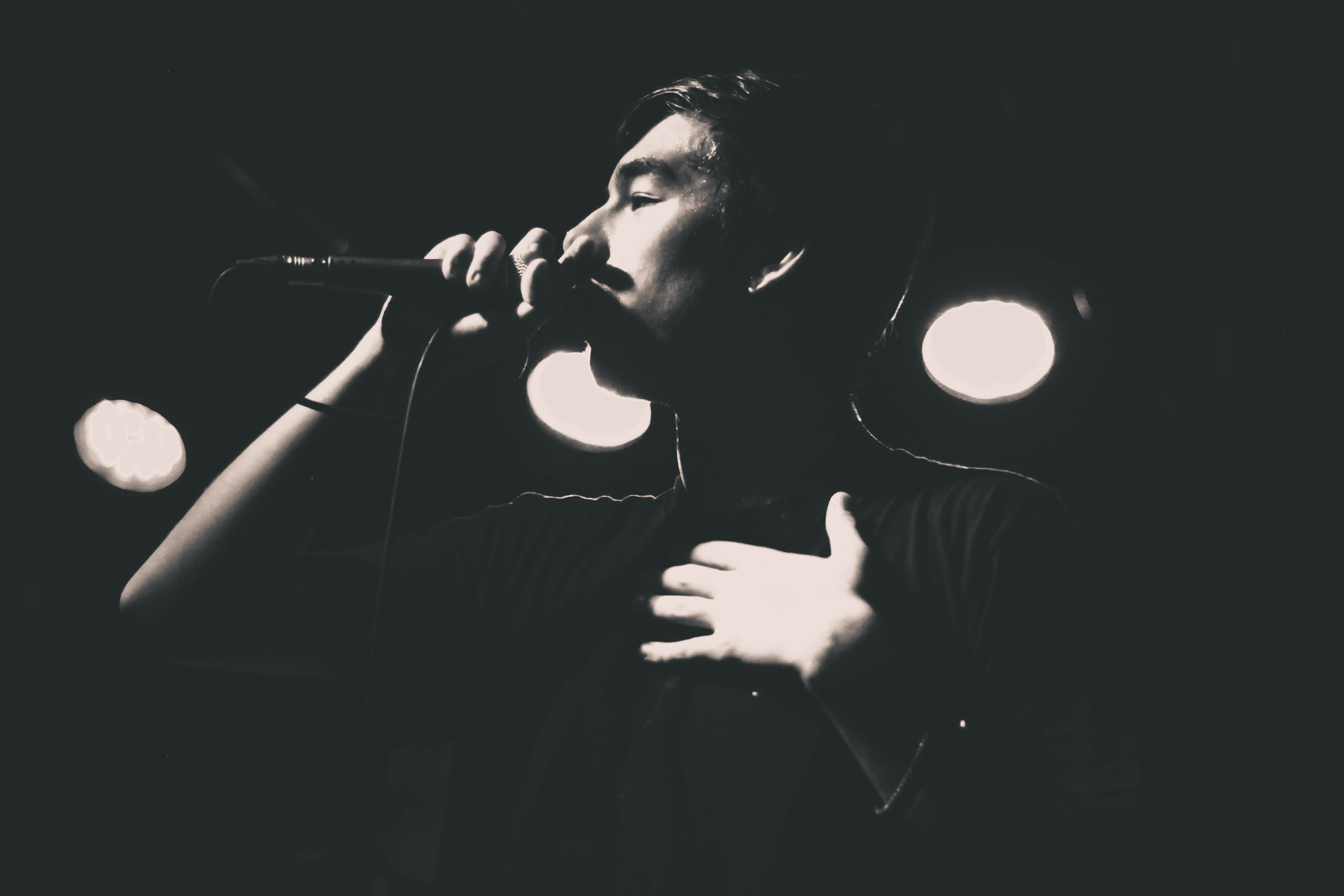 His recent collaborations include songs with BomBassic, P3riph3ral, Oak City Slums, AF THE NAYSAYER, and D F L N**. While some haven't been released yet, it's more about the creative process. "Whatever happens happens," he says. "I don't aim to have a sound that is classic or modern. It's unique to me. The producers I'm currently working with in North Carolina are my dream collaborators, because together we're bringing new sounds to hip hop and creating an original style."

Jackson is also inspired by a wide variety of other electronic and hip hop music, including trap. "I listen to a ton of trap, but I’m not so much interested in rapping on trap beats or making trap music," he says. "It inspires me to make the music I make, the sounds I put out, but I’m not all that interested in trying to do my own version of it, there’s not any need for that. I don’t think I’m ever going to autotune myself. (laughs)

"But I still personally love trap. I’m a huge fan of the genre and the sounds it’s putting out which, especially in this city, can be controversial. People tend to hate it around Asheville, but it’s to be expected. It's disrespectful. I’m not so much disrespectful outwardly, but in my own mind and my day-to-day the things I say under my own breath would probably surprise people. I keep it to myself. If you don't have anything nice don’t say anything at all is definitely a good policy, but when it comes to music and art it’s important to talk your shit."

The upcoming release with Xero God is a bit different, though. Even the title, Bandidos, implies not someone who rides through life alone but someone who is part of a team. "It’s a weird psychedelic cowboy opera," says Jackson. "We wanted to do a completely left field thing, something people wouldn’t expect given the first album. It fits the summer a little better, it's a little brighter, a little more light-hearted. It's much more light-hearted in a lot of ways. It has a little more of a human element to it. It doesn’t have the same voice the first album did." 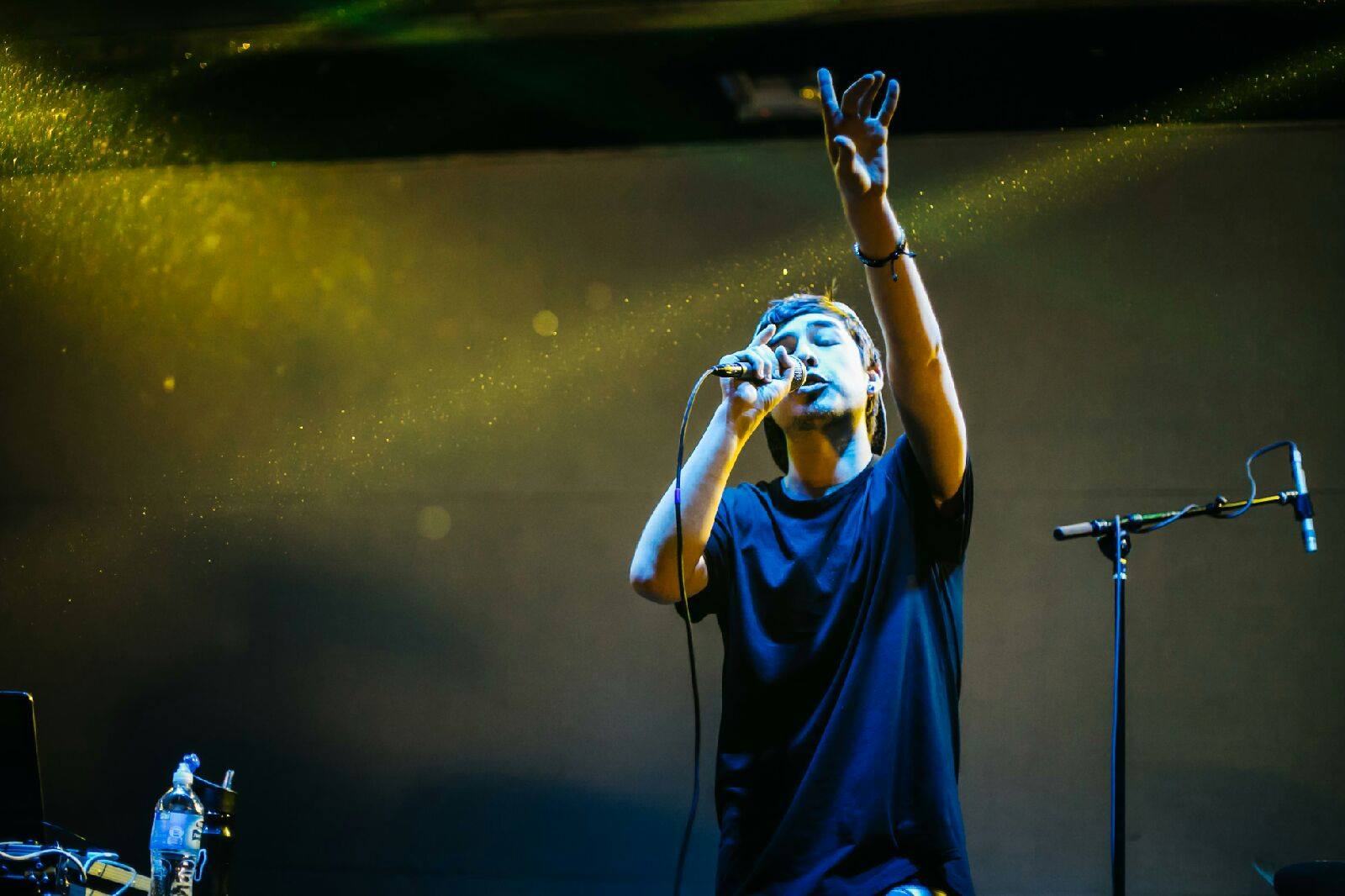 The next release slated for Xero God does return to the character's original voice. "The third album we’ve written for Xero God does continue that original story. It's tentatively titled Abracadaver. It continues the Xero God life, building on that same vibe and sound. It's the darker psychedelic antihero again. It builds on that character and shows his world. Rather than looking inward like the first album, it looks outward."

Jackson has been experimenting with his style, and he's even been singing--on Bandidos and on 25 Years Somethin', his recent collaboration with P3riph3ral. But he's ready to return to his roots. "I really just want to get back to rapping," he says. "A lot of Abracadaver is me just pushing out just crazy flows as I can manage, I’m super excited."

Look for more exclusive Xero God content, coming your way from Asheville Grit over the summer and fall.

**Note: Musashi Xero (Tyler Jackson) recently collaborated with NC producer D F L N (Derrick Curtis), who passed away suddenly earlier this week. A creative force, D F L N pushed production to new levels and inspired countless members of the musical community in the region and well beyond it. Jackson had this to say about working with Curtis:

This is the busiest summer I have had in my life so far, but when news reached me that Derrick had passed it stopped me in my tracks. We had only met once but had been talking regularly the last couple months working on new music to share with everyone. He was humble and extremely skilled at his craft. Many of my close friends and collaborators knew him well and the name 'The Mighty DFLN' was always respected and praised. Today I reflected on his name 'DFLN' (Dreams From Last Night) and it made me think of the feeling you get waking up the morning after a performance. The way the night before can feel like a dream from a separate life. And in that thought I hope that Derrick has moved onto a dream in a life separate from this and can wake up to the feeling that comes after the night of a great performance. And in that way we are all forever chasing our Dreams From Last Night. RIP Derrick.

We at Asheville Grit extend our deepest condolences to Derrick Curtis's friends and family. May Derrick's legacy last long and continue to inspire artists and musicians. Check out D F L N on Soundcloud and Bandcamp. **