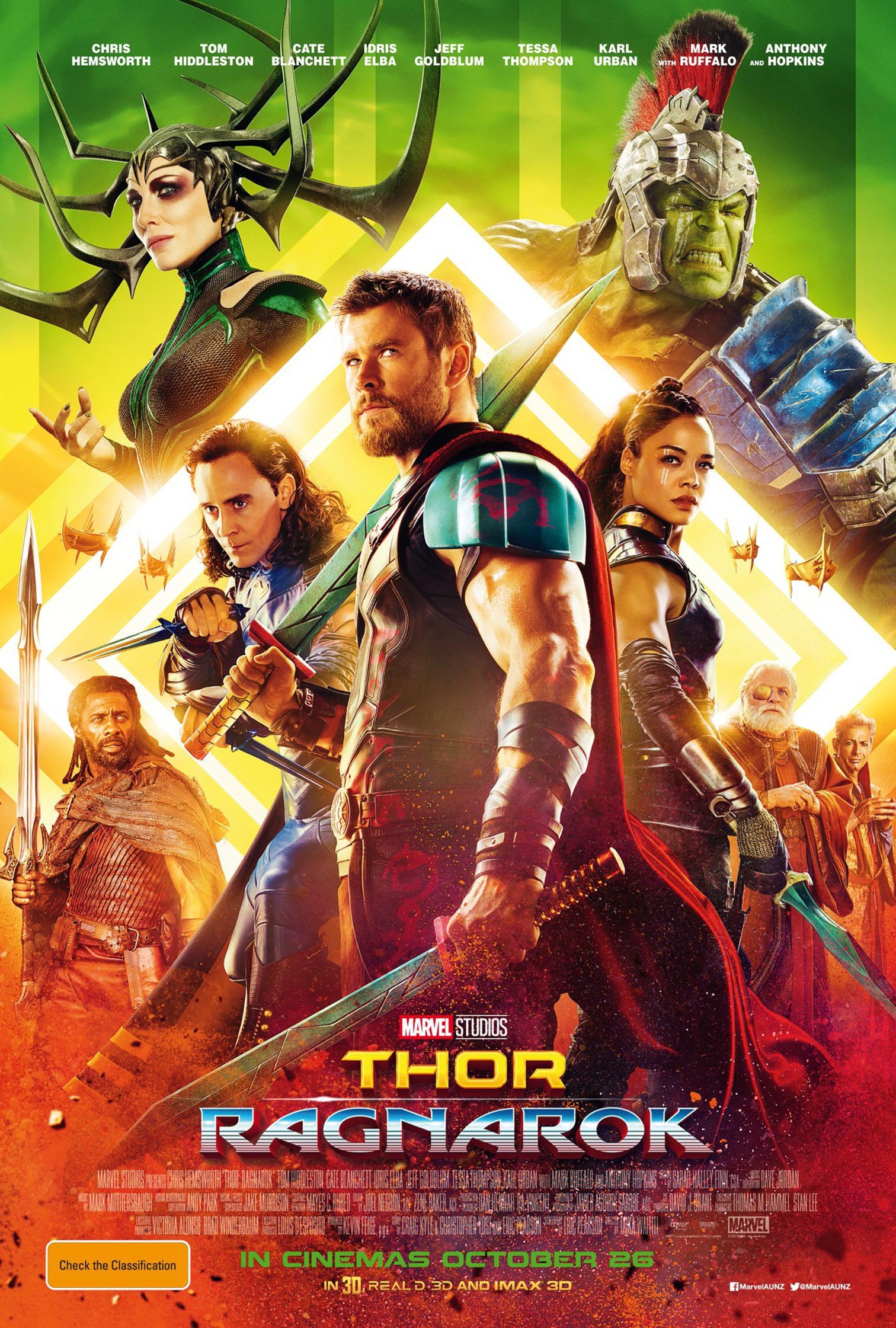 Hiring New Zealand director Taika Waititi is one of the best decisions Marvel Studios has ever made. I have to get this out of the way: I love Taika Waititi. His comedic style and fun-loving approach to filmmaking is so natural and infectious that it’s no wonder Ragnarok is one of the most critically acclaimed Marvel films to date. It’s a genuinely warm and funny movie, with a cast who clearly had fun making it—and that’s all Waititi.  Coupled with Logan, we now have two films in the same year that show us what superhero movies are capable of—even if they are totally different films.

The story is somewhat inconsequential compared to the good times to be had, but here goes. Thor (Chris Hemsworth) is tasked with saving Asgard from the destructive ways of his long-imprisoned sister, Hela (Cate Blanchett). You see, Thor’s greedy brother Loki (Tom Hiddleston), has unknowingly set in motion a series of events that frees their evil sister from the cosmic prison their father, Odin (Anthony Hopkins), has banished her to some time ago. Sidetracked from his quest, Thor is imprisoned on a trash planet ruled by Jeff Goldblum, forced to fight his friend Hulk (Mark Ruffalo) in a gladiator arena, and helps start a revolution. Eventually, with the help of a former Asgardian warrior with a drinking problem (Tessa Thompson), the gang escapes back to Asgard to save the day.

Don’t let this dismissive plot synopsis throw you off. This movie is entertaining as hell. The dual storyline (Thor on his planet, Hela on Asgard) doesn’t always mesh perfectly, and at times the plot pacing seems a bit frenetic, but that does very little (if anything, really) to take away from the fun. Again, this is all Waititi. If you’re familiar with some of his other recent works—most notably What We Do in the Shadows (2014) and Hunt for the Wilderpeople (2016)—then you know full well what he is capable of. He has a definite style, but he’s capable of working across genres in ways that I have yet to be disappointed in. 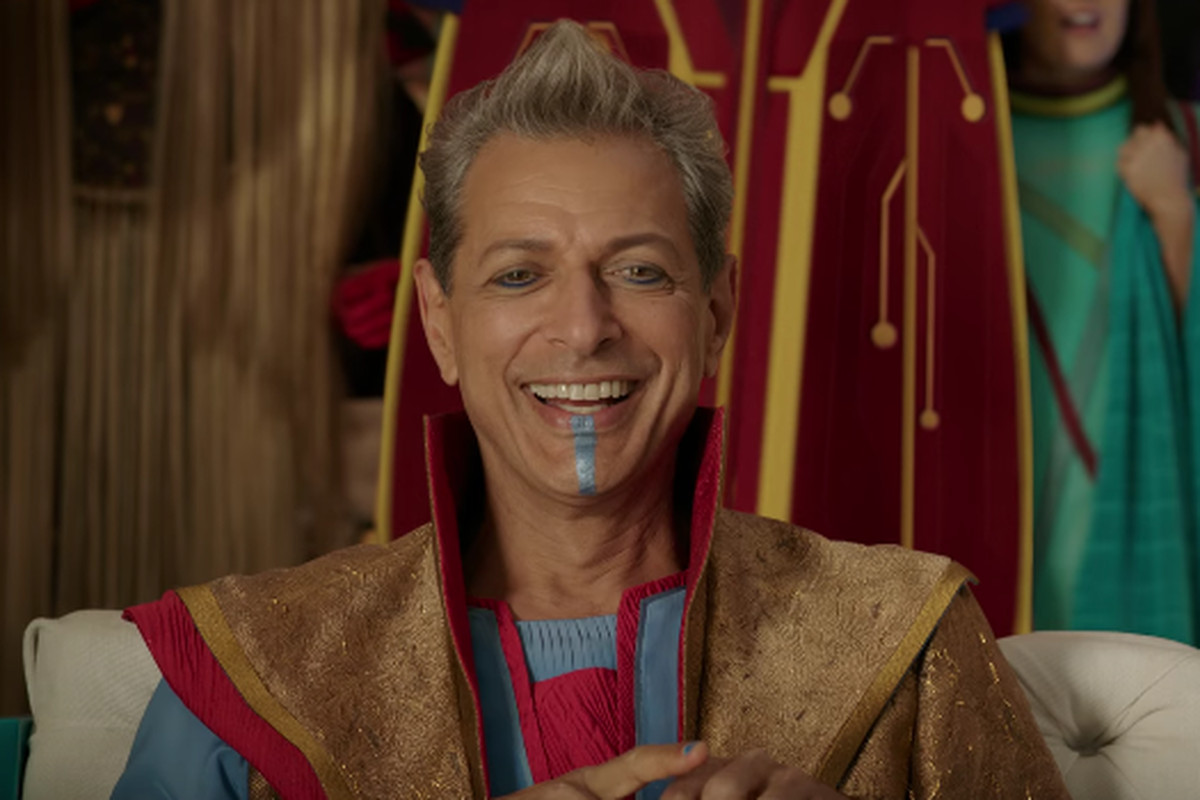 The story may not be deep, and may exist only to get these characters and actors in the same room together, but that’s just fine with me. This is the ensemble cast The Avengers or Guardians of the Galaxy wish they had—or maybe they wish they had a script this good for their casts to work from. Either way, this is how you combine action, comedy, and superheroes. The chemistry on display is magnetic. Every character and every interaction works so well, that it’s hard to dislike anyone, including the bad guys (and gals). There’s overacting and hamming it up all over the place, but what fun! If you’ve ever wondered what a superhero movie with Mel Brooks as an acting coach might look like, well, here you go (I truly mean that as the highest of compliments). 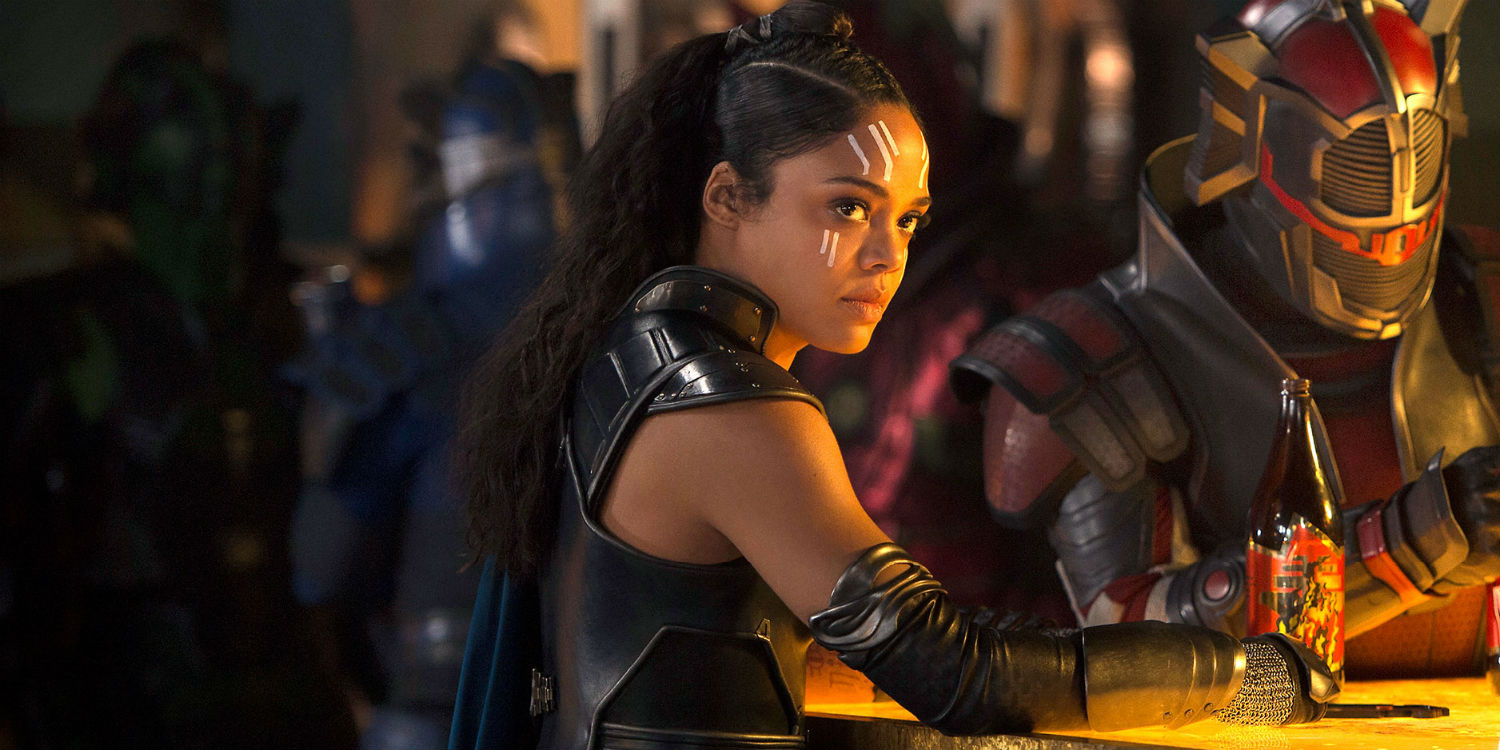 The music is what really brings the campy approach full circle, though. Synth, a la Flash Gordon or your pick of schlocky 80s cult classics, is all over the place. The score gave me flashbacks to my childhood, sitting right in front of the TV in my basement watching bad movies on HBO, and even worse videos on MTV. This all made perfect sense the moment I saw "Music by Mark Mothersbaugh" come up on the screen. The Devo alum has been scoring movies for years, but I can’t think of a single soundtrack that more represents his years under the Energy Dome than this one. A New Wave indeed.

I like boring old foreign films as much as the next critic, but, believe it or not, I like to have a fun from time to time as well. Ragnarok is fun, plain and simple. It’s not deep, it doesn’t have anything to say, but it’s funny as hell. It’s also one of the best superhero movies ever made, which is saying a lot for a film that is essentially making fun of the sometimes-downright absurdity of the genre. Waititi knows what he’s doing, and he does it very well.