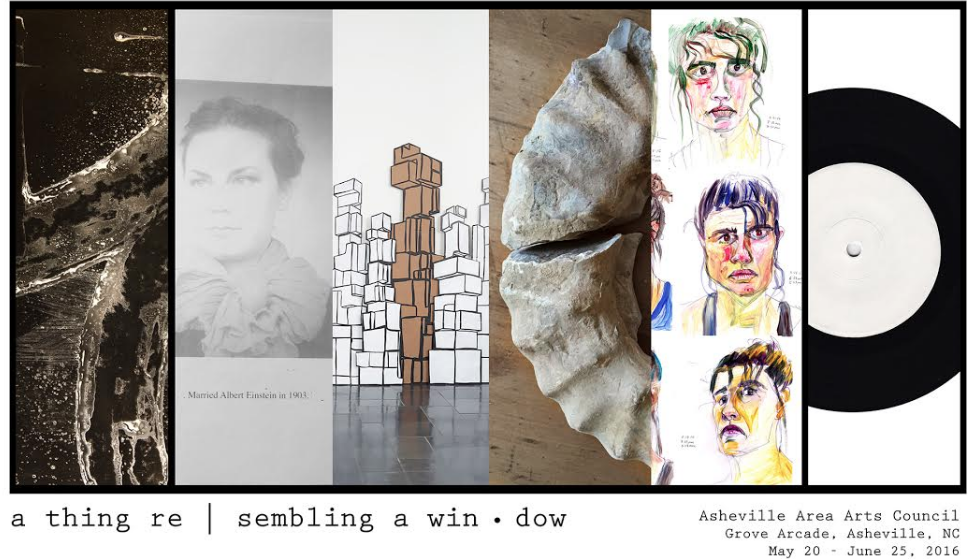 The creators of Window (re/production | re/presentation) have taken their new exhibition, a thing re | sembling a win • dow to the Asheville Area Arts Council, located in the Grove Arcade. The show's opening reception happens this Friday June 3rd, from 5-8 pm. There will be a performance and discussion the following Thursday, June 9th, from 6-7:30. Artists featured in the exhibit question the lines between objects and their representations, asking viewers to come up against the edges of their understandings and potentially shift their conceptions of the known and the unfamiliar, the illegible and the recognizable.

The pieces in the show run the gamut in terms of medium. The show includes digital prints, found object studios, durational painting reproductions, and more. Each unique piece will speak to the larger themes of the show, playing on our assumptions about reproductions, duplications, and re-purposed found objects, and inviting us to interrogate those assumptions through works that are both compelling and beautiful.

Artist Ursula Gullow's durational project, SELF EXAM, for example, is a series of self-portraits drawn over a period of 2 years and 301 days. Gullow made each self-portrait based on her response to her reflection or projection in a mirror or desktop camera. The resulting pieces capture a range of representations that are both overwhelming in their vastness and striking in their differences. 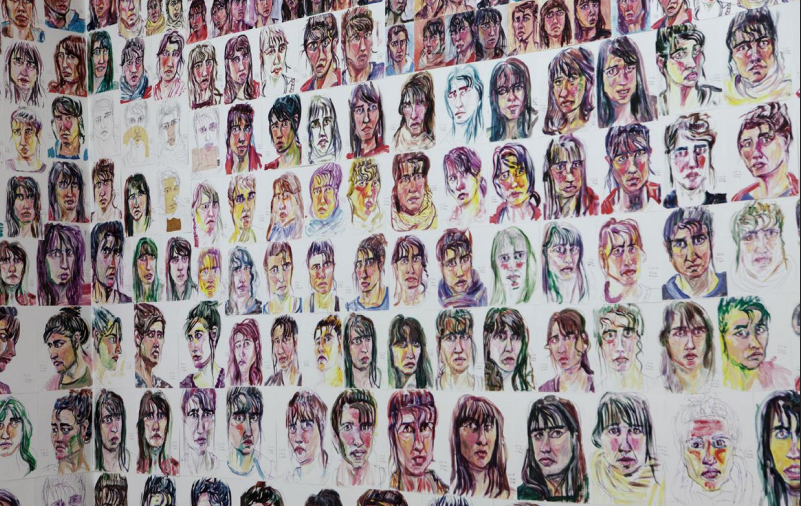 Window (re/production | re/presentation) is pleased to announce an off-site exhibition, a thing re | sembling a win • dow, opening Friday, May 20th at the Asheville Area Arts Council in the Grove Arcade. A public reception will be held on Friday, June 3rd from 5 to 8 p.m., with a performance and panel discussion scheduled for Thursday, June 9th from 6 to 7:30 p.m.

Part of the Asheville Area Arts Council’s Point of View series, this collective exhibition puts the practice of six local and national artists in conversation through the production of both new and re-imagined works realized in response to the ongoing public art project, Window (re/production | re/presentation).

Gilles Deleuze posits in the chapter, “The Image of Thought”, from Difference and Repetition, that the most general principal of representation is the “I think”, and that we truly think only when we have difficulty recognizing. The six artists in this exhibition deeply and inquisitively engage with ideas that inform the instigation and realization of their works, leaving behind interpretive prompts to guide the viewer, yet simultaneously embracing a certain illegibility, disallowing any sort of immediately perceivable meaning to rise forth.

As individually or collaboratively authored works, each grouping participates in self-reflexive dialogue around methods and modes of representation and reproduction as integral to their being – through such means as repetitive, durational gestures; material transformation and duplication; archival data assemblage and analysis; or directed investigations of image and identity. Yet, as a collective installation, these works form a distinct entity, with combined components reverberating and colliding against one another, where resemblance presupposes recognition, provoking the “I think” of representation.

Dawn Roe (Asheville, NC and Winter Park, FL) founded Window (re/production | re/presentation) in the spring of 2013, and serves as curator for this off-site exhibition. A print-on-demand booklet including a curator’s essay, artist statements and installation images will be produced in advance of the public opening.