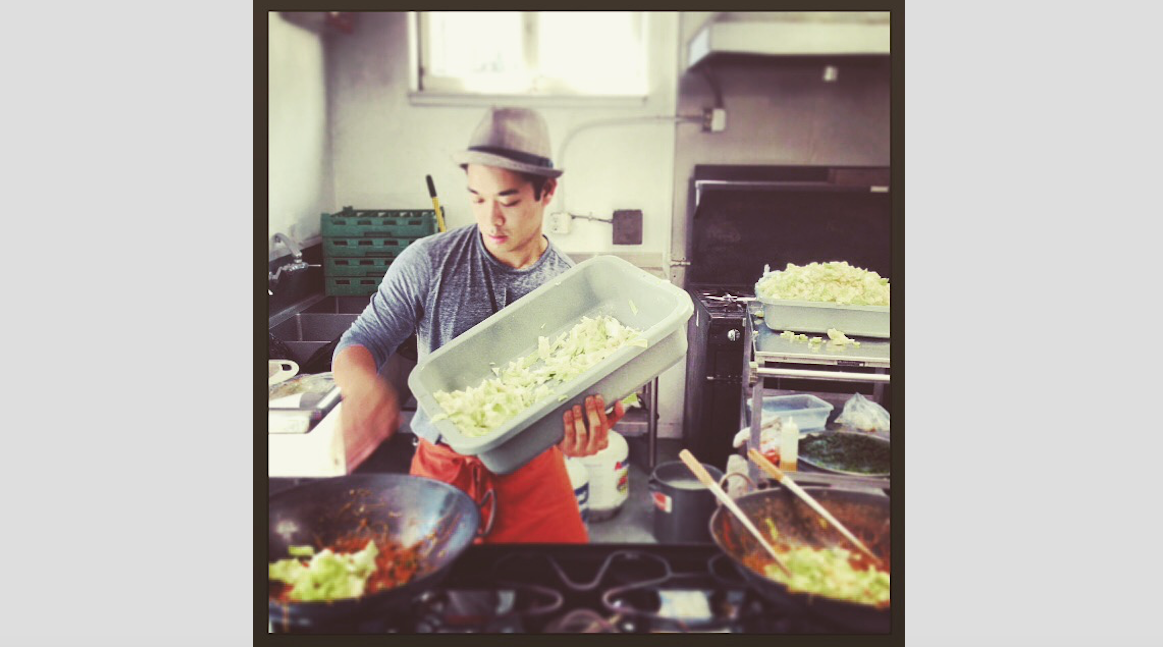 District Wine Bar co-owner Lauri Nichols says "we will be pairing the perfect wine and beer with his food. I know he is doing a Pad Thai and another spicier dish. This is a really cool event for Asheville and I personally can't wait to try his food.

Dream Kasestatad began his culinary journey with just a bicycle, making Pad Thai from his apartment and delivering it to his friends, neighborhood bars, and businesses in Los Angeles. Word quickly spread and he soon began hosting Thai street food pop-ups all over the city as Pranom Pop-Up. From private parties for BuzzFeed to television shows like Dancing With The Stars, Dream brought the food he grew up with to the people of LA at media events, festivals, and celebrity parties in the city’s trendiest bars, and restaurants.

After popping up for a stint in Los Angeles, Dream decided to take his Thai street food pop-up on the road. To date, Pranom Pop-Up has completed 4 cross-country tours cooking in cities like San Francisco, CA; Albuquerque, NM; Dallas, TX; Little Rock, AR and Nashville, TN. Dream shared his food with the people in Austin, TX during SXSW, and Memphis, TN for Beale Street Music Festival. In Memphis, Pranom Pop-Up also made a name for itself as the first pop-up restaurant inside the historic bar, Earnestine and Hazel’s. Throughout the journey, Dream has shared his food with thousands of customers and friends. You can currently find Pranom Pop-Up’s Khao Soi dish on the cover of the book, Los Angeles Street Food: (American Palate) or find articles about him in Americana Magazine, Zagat, and Eater.