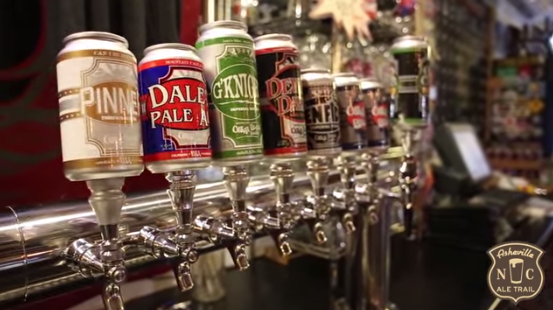 This month, Oskar Blues throws its hat into the IPA ring with the addition of a brand new brew to its flagship line-up of year round brews. The new PINNER Throwback IPA is available now in OB's tap room - the Tasty Weasel, and is being shipped out in kegs and the brewery’s signature 12 oz. cans. PINNER is brewed and released simultaneously at the CO and NC breweries, meaning folks exploring the Asheville Ale Trail will be among the first people to sample this sessionable new brew. Oskar Blues fans have been clamoring for an IPA from the brewery for awhile, and we CAN’t wait to see what’s inside.

Drawing its name from the brewery’s counter-culture roots, PINNER IPA is billed as an easy drinking dry-hopped brew. Registering in at sessionable 4.9 percent ABV, PINNER will be the lowest alcohol content beer produced at Oskar Blues’ brewhouses. Dry-hopped with several different hops, including Mosaic, Citra, Eldorado, Azzaca, and a new experimental varietal, we’re told PINNER IPA will have ”a tropical, stoned fruit aroma with hints of pine and smooth malt in the flavor”. 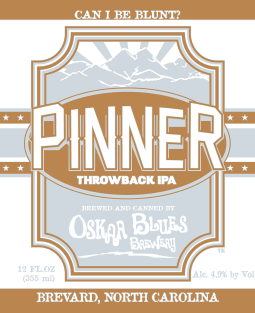