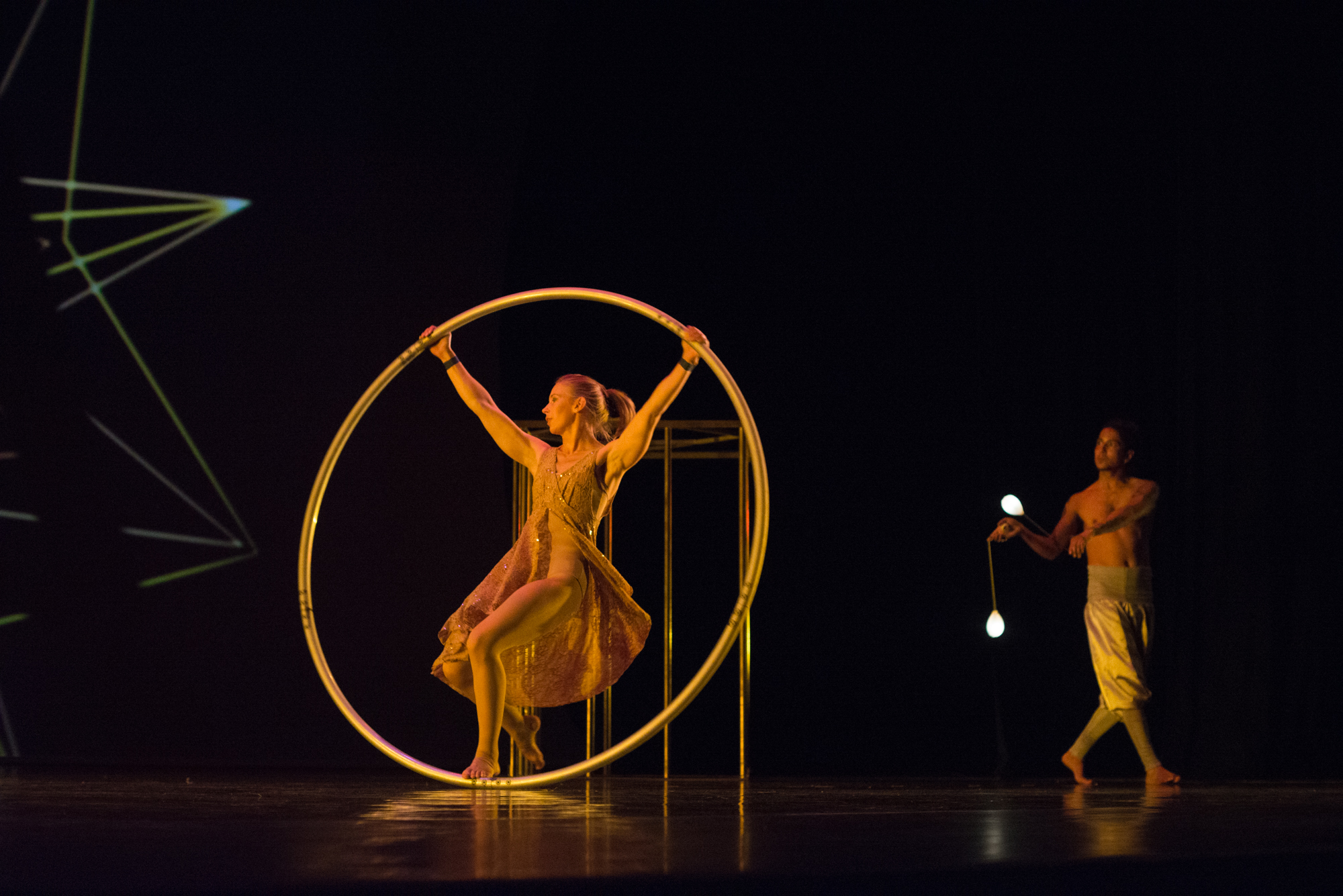 I got the chance to see Fox and Beggar Theater's sneak peek performance of Tarocco: A Soldier's Tale last night at the Diana Wortham Theatre, and I was treated to a gorgeous and memorable experience.

Tarocco is an archetypal story in every sense. Told primarily through dance, music, and fantastic imagery, it spins the narrative of the Fool's journey through the tarot. If you're not familiar with tarot cards, here's the basic rundown: The cards are split into two main categories, the Major and Minor Arcana. The Major Arcana are the iconic tarot cards that most people think of -- Death, the Lovers, the Moon -- while the Minor Arcana are more like the suits we know from decks of playing cards, from Aces all the way up through Kings. There are four suits in the Minor Arcana: the Wands, the Cups, the Swords, and the Pentacles (all of which make brief appearances in the performance).

The Major Arcana has 22 total cards and actually starts on card 0: the Fool. The cards in the Major Arcana can be understood as the Fool's journey through the experiences of life, and the characters he meets on the way function on an allegorical level.

Tarocco takes this idea and runs with it, to great effect. While the tarot has long been used as a tool for divination, the Fool's journey is itself a compelling and universal narrative. The performers bring this narrative to life beyond any expectations as the Fool (also a dying WWI soldier, played by Ross Daniel) wanders through scenes filled with dancers, acrobats, giant puppets, surreal animation and strange mechanisms on his road through life. Each card is interpreted through ecstatic visual, aural, and kinesthetic creations that are just riveting.

The performance is a celebration of human experience through embodiment. Watching these people on stage is thrilling. Even if you know nothing about the tarot or could care less, it's a rare thing to see this level of artistry, dexterity, grace, and strength on stage.

But if you do know a little something about the tarot, the performance becomes that much more magical. The production's style is all its own, but it channels the mysticism of the iconic Rider-Waite-Smith deck, the strange, decadent aesthetic of the fin de siecle, and the visionary qualities of Alejandro Jodorowsky's films.

The live score adds an additional ethereal element. It was easy to be swept away by the visuals, but there were also moments where the musicians (Marcin Bela and Lisa Harkness) came to the forefront of the performance.

My only critique was that it was very difficult to hear the voiceover, which gave details of the frame story and provided some commentary along the way. Hopefully they'll get the sound ironed out a bit, but luckily you don't need to understand all of what's being said to enter the mythic space of Tarocco.

The show runs through the weekend at Diana Wortham, with Friday and Saturday evening performances at 8 pm and a Sunday performance at 4 pm. Tickets are $27.50 and student and senior discounts are available. A special VIP ticket option is also available for Saturday's show. After this weekend, the show heads to Knoxville, Winston-Salem, Atlanta, Greenville (SC), and Raleigh on a regional tour.