Tarocco: A Masked Story of the Tarot at Diana Wortham

Tarocco: A Masked Story of the Tarot at Diana Wortham 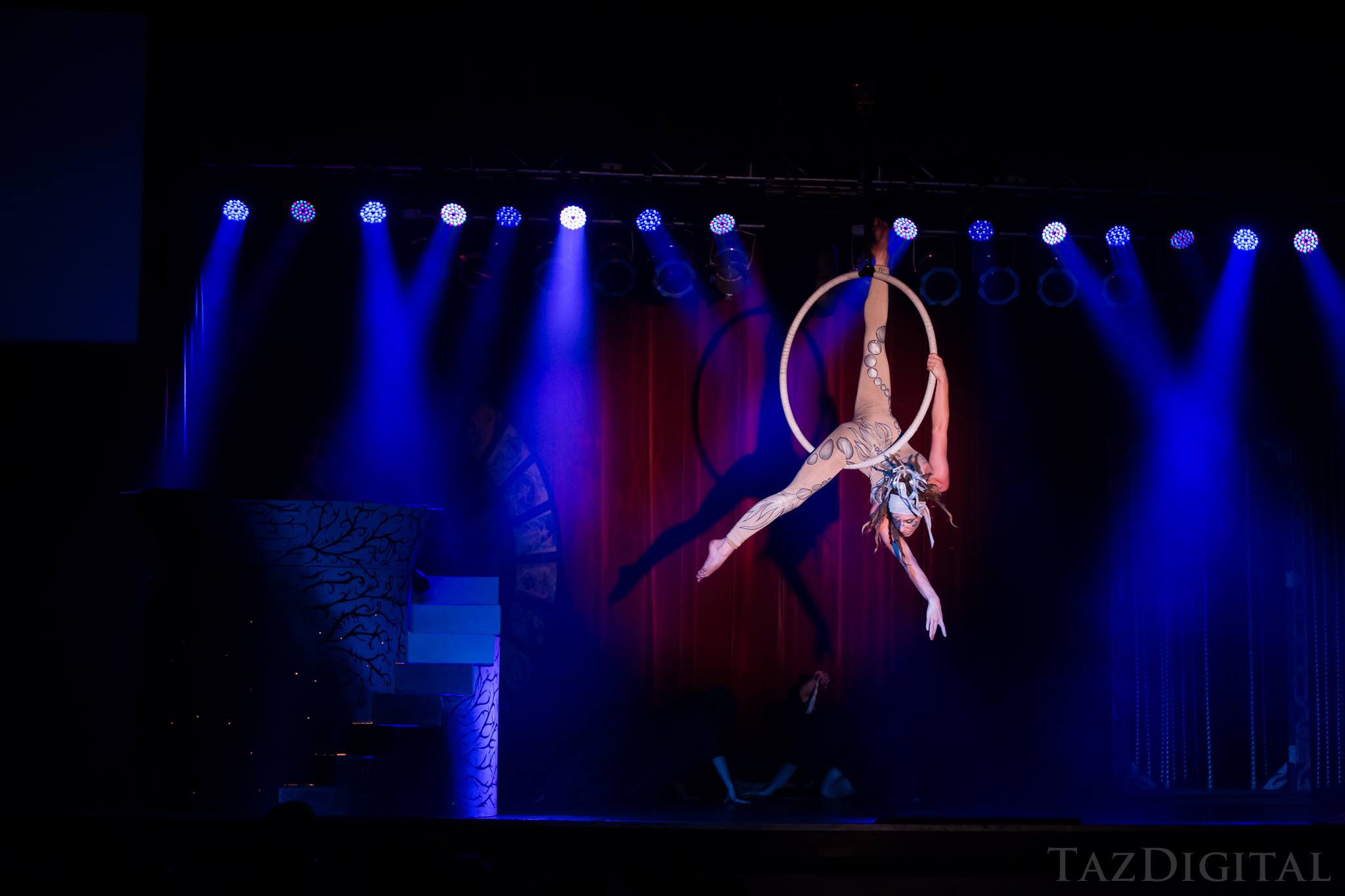 In the Italian tradition of commedia dell'arte comes Tarocco: A Soldier's Tale, a spellbindhing production from Fox and Beggar Theater that tells the story of the archetypal Fool's journey through the Major Arcana of the tarot. The show is already being hailed as a stunning achievement of performance and imagination. Performances happen through the weekend at the Diana Wortham Theater downtown.

The story follows an Italian infantryman in WWI who uses a deck of playing cards, the Tarocco Piemontese (predecessors of our modern tarot decks) to weave stories for a dying comrade while the pair is trapped behind enemy lines.

The performance incorporates dance, circus arts and theatre, masks, puppets, animation, and original music and costumes created by Asheville's Fox and Beggar Theater, which will take the show on a regional tour after it opens here.

The commedia dell'arte tradition began in the 16th century in Italy and is characterized by performers playing masked types (archetypes or stock characters). It's also closely related to the Italian carnival tradition, which begat Mardi Gras and other related festivities.

Performances are Friday and Saturday at 8 pm and Sunday at 4 pm. Tickets are available through the Diana Wortham Theatre. General admission tickets (with discounts for seniors and students) are priced at $26 and VIP tickets (available for Saturday night's performance only) are $66.