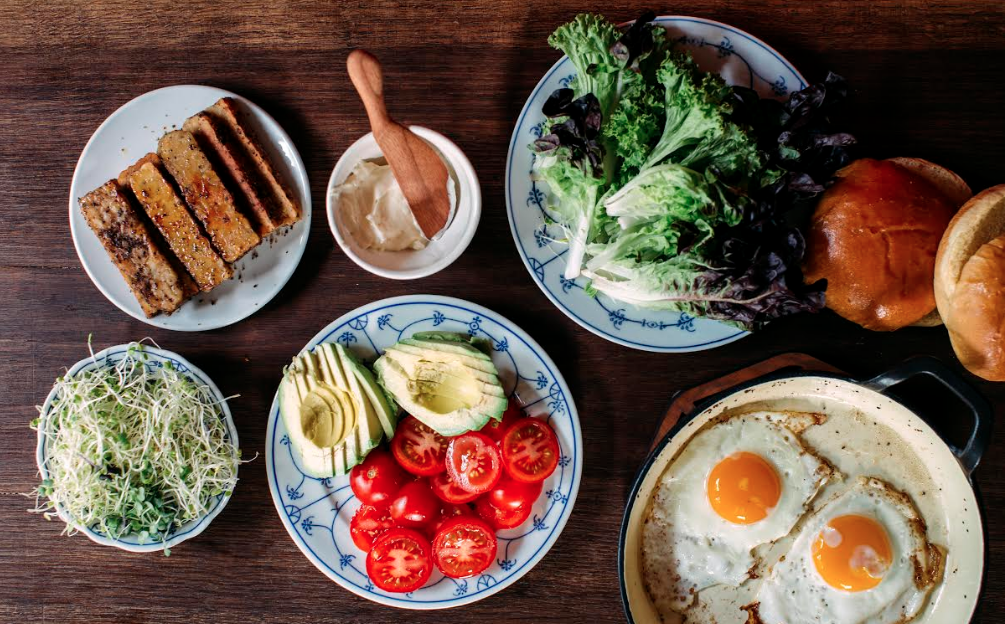 Smiling Hara Tempeh has been making delicious products for seven years out of its former homebase at Blue Ridge Food Ventures, but they've recently moved to a brand new facility in Barnardsville, where they've slowly begun to expand production of their popular tempeh and hempeh lines. Moving into a new period of production, the team at Smiling Hara has plans to extend their product lines and get them out to even more restaurants and grocery stores.

Smiling Hara has been in the business of making the fermented food tempeh for seven years, and things are just getting better. About 75% of their sales are directly to restaurants, and their expansion means that they'll also be sending more out onto their retail line. The new facility will support this through its larger, customizable space. Not only are there state-of-the-art production and fermentation rooms, but there are also plans to make the a large space in the front of the building a plant room with a controlled tropical atmosphere that will use CO2 to become a "micro-Indonesia," according to Smiling Hara co-founder Chad Oliphant.

The tempeh-making process is similar to cheese-making, with periods of controlled inoculation, incubation, and packaging. The new facility also has a large freezer area, where the products are frozen after incubation depending on whether they're going to restaurants. If they're going straight to retail markets, the tempeh is marinated and sliced.

These interior changes reflect the greater goals of the company. "Within five years our goal is to be a national brand," says Chad. They're working on bringing their new line of fresh, "heat and eat" products into Earth Fare, Whole Foods, and Ingle's. They also have a goal to distribute to area schools within the year.

The facility will also be completely gluten-free, and Smiling Hara will continue to offer tempeh, soy-free tempeh (which uses black-eyed peas and black beans), and will expand their "Hempeh" line," which is soy free and made form boiled peanuts." Sarah Yancey, the other half of Smiling Hara, notes that using boiled peanuts, a traditional Southern snack, as the base of Hempeh "turns tempeh from something unfamiliar and foreign into something more traditional." Hempeh also includes high protein hemp seeds and the expanded lines will also use chickpeas and include other flavors (like peanut butter and jelly--yes, please!).

The larger facility also means that Chad and Sarah are brainstorming other delicious products. They have plans to start making veggie burgers and pickles, including pickled bamboo shoots harvested from WNC (which we go to taste--so good, y'all!).

Smiling Hara's mission is to purchase as much soy as possible locally. All the soy they currently use is grown and processed in the United States.

They've been working to catch up on orders after the move, but are ready to step into the future--and things look bright. Be on the lookout for new Smiling Hara products coming your way soon on menus and in grocery stores. 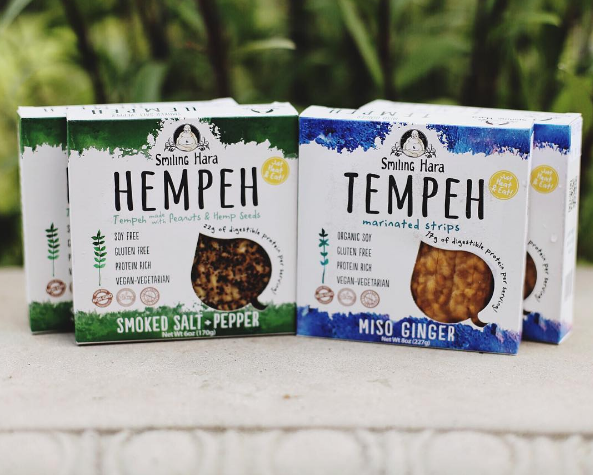