The Seven Moles of Mexico @ Table

The Seven Moles of Mexico @ Table 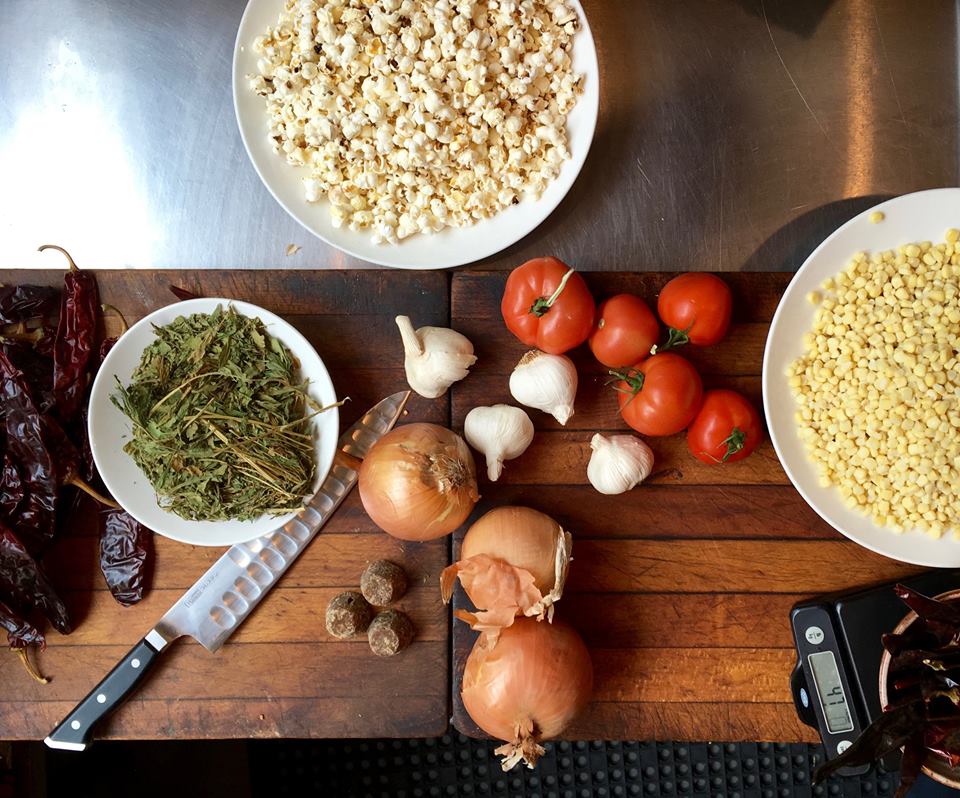 The preparation for mole amarillo. Table's varieties will include fresh and popped corn.

On Thursday, February 25th, Table will open its doors for a special event, a dinner that will offer tastes of seven distinct moles. If you're not familiar with mole, or you've only ever heard of the variety with chocolate in it, here's a little background: The word "mole" comes from a Nuahtal (or Aztec) word for "sauce." A mole is, basically, a sauce, and the word is used for several types of sauces that are very different. The one many of us are probably familiar with is mole poblano, which does include chocolate. It's named after the Mexican State of Puebla, the region that takes credit for its invention.

The state of Oaxaca takes credit for the most varieties of mole and claims seven of them. One of these, mole negro (black mole), also contains chocolate, but the others do not. Several of the other moles are also named after their color: amarillo (yellow), rojo (red), coloradito (which means "lightly colored" but also connotes naughtiness!), and verde (green). Mole chichilo is a deep, rich mole made from beef stock. And the final mole is called manchamantel, which means "tablecloth-stainer." This one is made with fruit and apparently does really stain.* Each mole will be featured in its own dish, and dishes come with beverage pairings, which will include aguas frescas, beers, mezcals, and other spirits.

So what got Table thinking about our neighbor to the South? According to Table's General Manager, Jasper Adams, "we were trying to think of things around that that would get out of our comfort zone in terms of pairings or the food we're cooking. On our days off all of us would go to Tacos Jaliscos or Taqueria Fast—cheap and awesome. And that's what we want. So Patrick, our sous chef, and Jacob [Sessoms, Table's owner and head chef] were talking and decided to do that."

Adams is particularly excited that the dishes the restaurant will prepare are "super proces-oriented." He continues: "Moles are fun because they're high flavored and very process-oriented. A lot of the cooking that we do that doesn't necessarily come to the forefront in meals is process-oriented and starts weeks or months ahead of time, and those are the most satisfying for cooks and chefs that have had their hands in an ingredient's preparation for a long time." 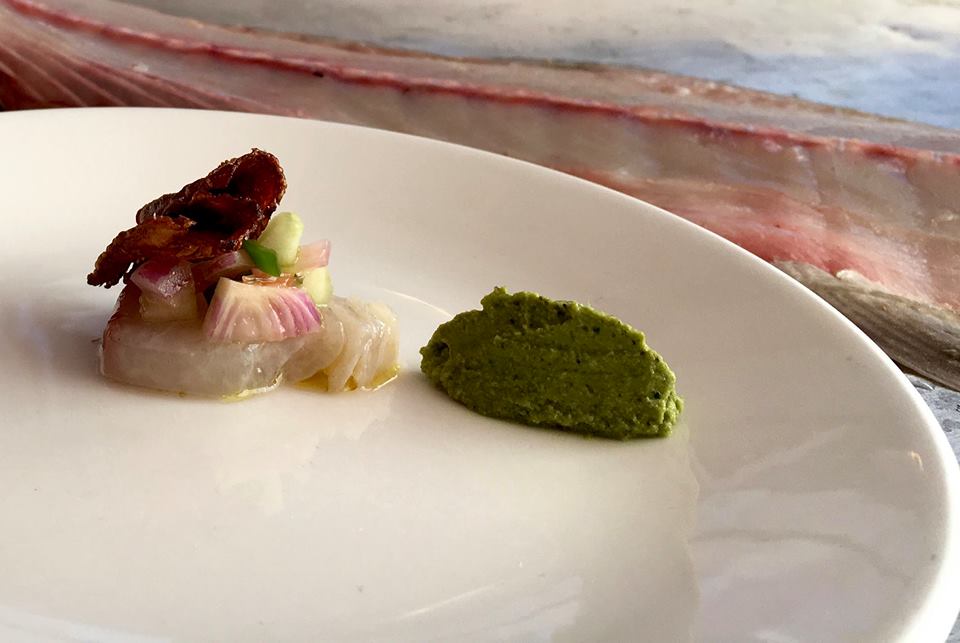 There are limitations to normal dinner service in terms of table turns, pricing, and spacing that you don't have to worry about with this format. There's a lot more freedom. There are cool plating things, cool methods of service. One of the courses is a frog leg that's slow cooked. The meat is shredded off the bone, heavily spiced, and packed back onto the bone [a technique known as pojarski]. Then the mole is added, along with a savory white chocolate lace that goes on top. It's a candy structure, but it's not sweet. That's not something we could do in normal service.

Another dish features house-cured Spanish spicy salami, called 'Nduja, that is spreadable.There are two type of mole amarillo that will be prepared, one made with fresh corn (a traditional ingredient) and one with popped corn. Dessert is still under wraps, but the presentation "will mimic elote, or Mexican street corn," says Adams.

While much of the preparation is following more or less traditional techniques, the end result and plating is getting inventive. One mole will be served as a dust, though Adams backs away from the term molecular gastronomy. "The menu is adventurous and modern, but nothing screams molecular gastronomy. That's part of our whole philosophy here."

The event is almost sold out, but don't fret if you miss your chance to get a seat. Table's cocktail bar, The Imperial Life, will be serving a special menu of drinks and small bites that will keep to the theme. The bar will feature a few special mezcals and other spirits they've gotten for the occasion. This menu will be first-come, first-serve. Table is also planning a few exciting future events, including a jazz brunch, which will be held in March at The Imperial Life.

An amazing evening spent with the seven moles of Mexico will set you back only $58 (which includes the beverage pairings). For one of the most innovative menus I've seen in recent history, it's a steal. Get your tickets now by writing to info@tableasheville.com. Check the Facebook page and the restaurant's website for more details. ¡Nos vemos pronto!

*Thanks to Food Republic for some of this info! 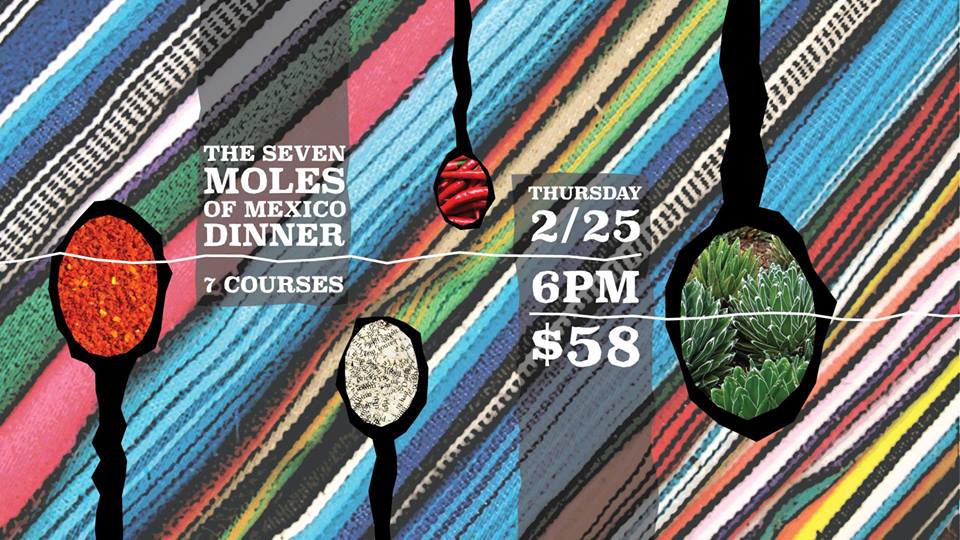