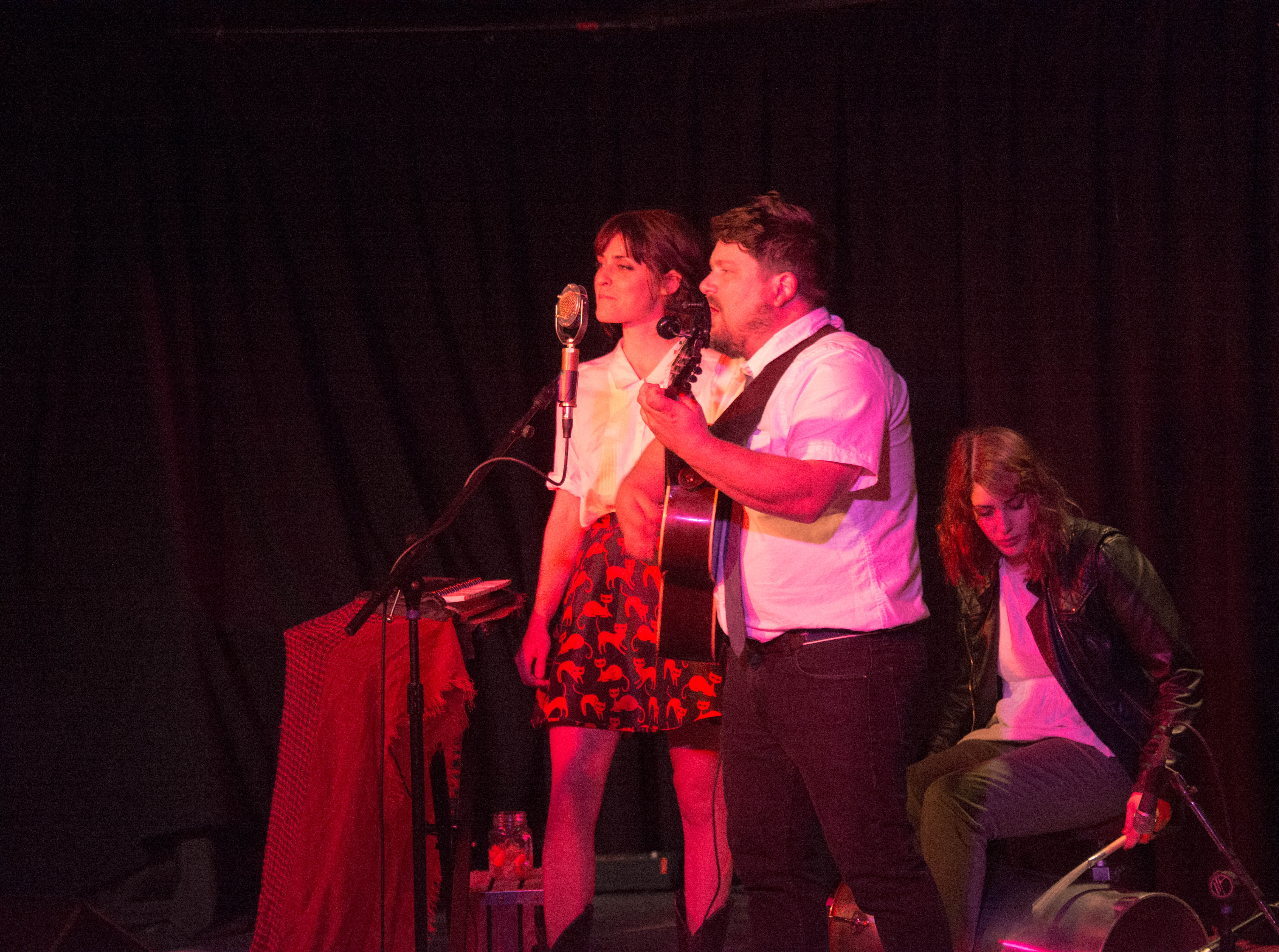 Sean Watkins' solo show at the Grey Eagle was a celebration of Watkins' latest solo album, the intimate What to Fear. Watkins' career as a musician spans a long and illustrious period marked by his involvement with multiple acclaimed groups including Nickel Creek, the Watkins Family Hour, and Fiction Family.

Watkins put on a fantastic show, on his own and with a little help from opening artists Petra Haden and Jesse Harris. He was accompanied on several songs by guest artists who brought their own immense talent to the stage. He played most of the songs from the new album, adding commentary to many about the inspiration behind them. Many of the songs are about relationships, and he related his own past breakups with refreshing honesty and humor (the best way to get good fodder for songs, he pointed out, is by going through a few bad relationships). Other songs, like "What to Fear," reflect Watkins' own views about today's sensationalistic news media through created personas.

The evening was very intimate. The Grey Eagle is a great venue for these kinds of shows because it lends itself to an up close and personal experience. Although Watkins was on his own for many songs, his presence filled the room and held the audience rapt. When other performers joined him, the effect was often electric. Other voices and instruments coming in created a blend of sounds and experiences that showcased the power of musical collaboration.

Watkins noted that Asheville has long been a favorite stop of his. We can't wait to welcome him again--and hopefully soon!