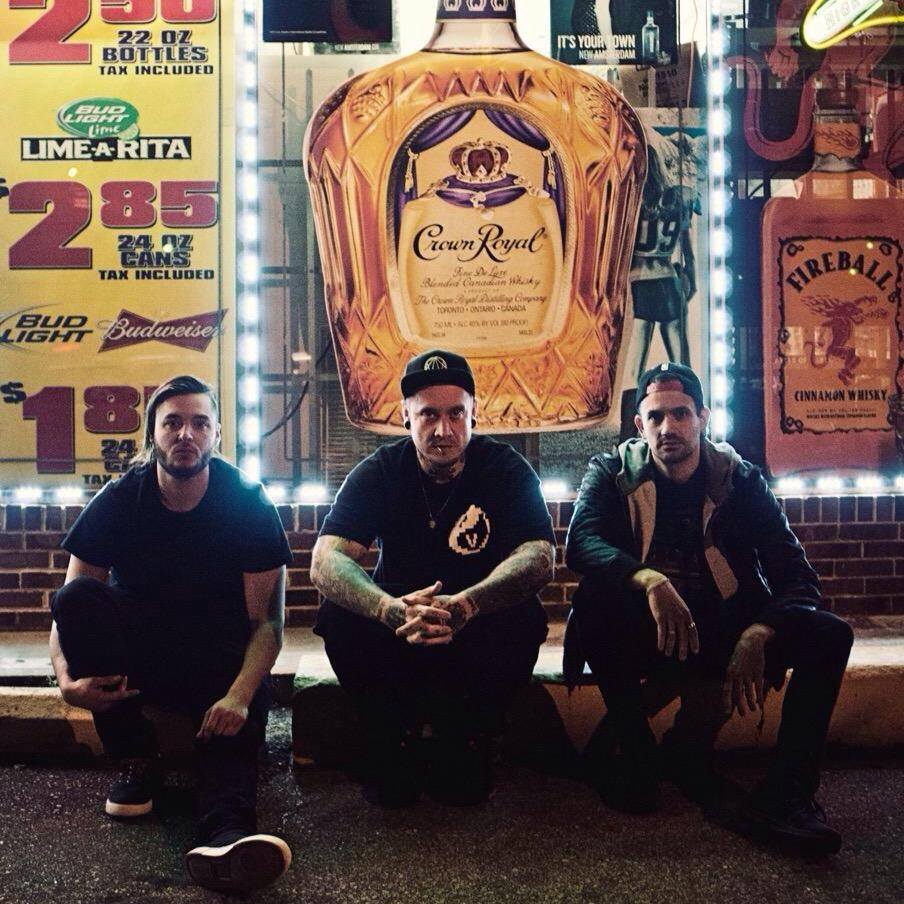 RBTS WIN (Cliff B. Worsham on vocals, Javier Francisco Bolea on synth/keyboard, and Josh Chassner on guitar) are, at this point, one of Asheville's best known and most beloved bands. They've played multiple Moogfests, and they were recently on the Mothlight stage for All Go West, along with other stellar artists including Atlanta's The Difference Machine, Xero God, and Kool Keith. They also played during Geek Out AVL a few weeks ago.

The members of RBTS fuse multiple styles of music, including rock, electronic, metal, and jazz, to create a lush, layered sound that is unmistakably their own. Their last full-length album, Palm Sunday, was a darkly sparkling synth-heavy ode to summer. They've got a new LP on the horizon, and they're currently working on several collaborations with artists including Schyler Chaise and James the Gentleman. This Saturday, they'll return to the Mothlight, alongside Doc Aquatic and headliner Marley Carroll, in what might be the hottest lineup we've seen in a while--at least since All Go West.

Readers, I love interviewing RBTS. The first interview I ever did was with them was at Moogfest two years back, and I talked with them again at this year's Moogfest, which took place in Durham. Unforseen technical issues arose, and I thought the interview was lost. But Mercury Retrograde be damned--I just recovered the interview, and there's no time better than right now, as they're preparing to take the stage and send out the most gorgeous soundwaves in town, to get it out to the world. So, without further ado, my interview with RBTS, in which we discuss Moogfest's move to Durham, what gets their creative juices flowing, their new album, and, of course, GMO plums. 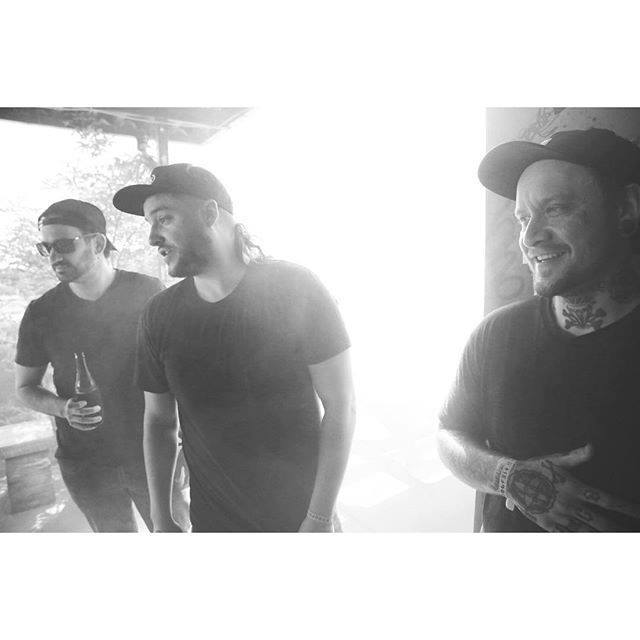 Asheville Grit: What's your opinion of Moogfest's move to Durham?

Javier Francisco Bolea (JB): It's been beautiful. The spirit of Moogfest has transferred seamlessly. I'm sure there are some logistical things they'll figure out, but from an outsider's perspective it feels like Moogfest never left. I know they took a year off to get their stuff together but to be honest it's fantastic, some of the daytime programming, like watching GZA speak, watching Tara Busch (of I Speak Machine) do some of her horror movie scores, has been the best.

AG: Were you there? I interviewed her yesterday; it was a fantastic show!

JB: She was amazing, really inspirational. For me as an outsider Durham seems like a good fit. I mean the vibe of Moogfest is alive. I saw Emmy [Parker] from Moog yesterday and told her that, and she felt the same way. I feel like Durham's really lucky and I feel like it's a great fit. For me personally those are the vibes I've gotten. It feels like we're home, but in a different place we've never been to.

Cliff B. Worsham (CW): The sense of the electronic music itself--that vibe and Bob's vision are still very much alive with the talks and the modular marketplace. It seems like it's his vibe--he's here, his ideas are here. Moog is only bringing in other people who share those ideas with him. So that's what we mean by the vibe. The vision of Moog is alive and well, though it has come here to Durham.

JB: And you just have to let go, you let go within that circuit, and that's kind of how a synthesizer works. I don't know if Moog did that on purpose, but it's kinda wild, I mean that's how it works. I'm very inspired by the spirit of Moog. The way it's transferred to this city is seamless to me.

CW: It sucks not being able to see that coolness in Asheville, because Asheville had it, it made Asheville everything I wanted it to be. It sucks to not see that element, and to really only see white tourists in town now. So that's the sad part of it, that we don't get to see Asheville be what it's capable of.

AG: Yes, losing Moogfest as it tries to rebrand itself as a music destination...

BW: Yeah, but for what? Bluegrass? To whom? Yeah, so it sucks in the sense that I'm from Asheville. At one point in my life Asheville was terrible, downtown was bombed out, but Moogfest made Asheville something to see and be a part of, It was a kind of community that's just dead now.

AG: What have you been most excited to see?

JB: I'm inspired by the quieter moments--GZA speaking to the university professor about science, Tara Busch doing her thing. I really love the daytime programming. There's a lot of great hip hop and great rappers local to this region here as well, like Well$. There are a lot of people we've been seeing come up for the past five or ten years, and it's a big community vibe. I personally just love the daytime stuff, the talks. That's what brings tears of joy to my eyes. Watching GZA talk about science makes me want to make beats. That's the shit I'm into.

We've been going to shows our whole life, but when you can see these people sit on a couch, sip on a water bottle and talk about their upbringing or how science relates to their music, that's what the spirit of Moogfest is. And the fact that they can do all this without a lead corporate sponsor does not go unnoticed. As far as the branding of the festival it's pure Bob Moog. There isn't a T-Mobile, there isn't a Bud Light. They pulled the wigs back on everybody. You're not thinking about the corporations. But you don't realize that at every other festival you go to--

CW: They've got their fingers in it.

JB: That's all you see. That was the big reason Moog had to take it here, because they wanted to bring it unfiltered and keep hands out of the programming, and I give props to Emmy and Mike [Adams] and everyone at Moog that had the balls to do the festival they dreamed of and that Bob would be proud of. And that's why they're here, this is the way they had to do it.

CW: That's kinda how we roll, like, we don't compromise what we want to do as a band and it seems pretty natural. We've given up a lot of opportunity as a band not to submit to corporate or to someone's ideas who doesn't have an idea. It's cool to be a part of something that isn't all about the money. In a sense it is fueled by money, of course, they're a business, but it's not in your face. They're not like, "Welcome to Moogfest, have a Budweiser." 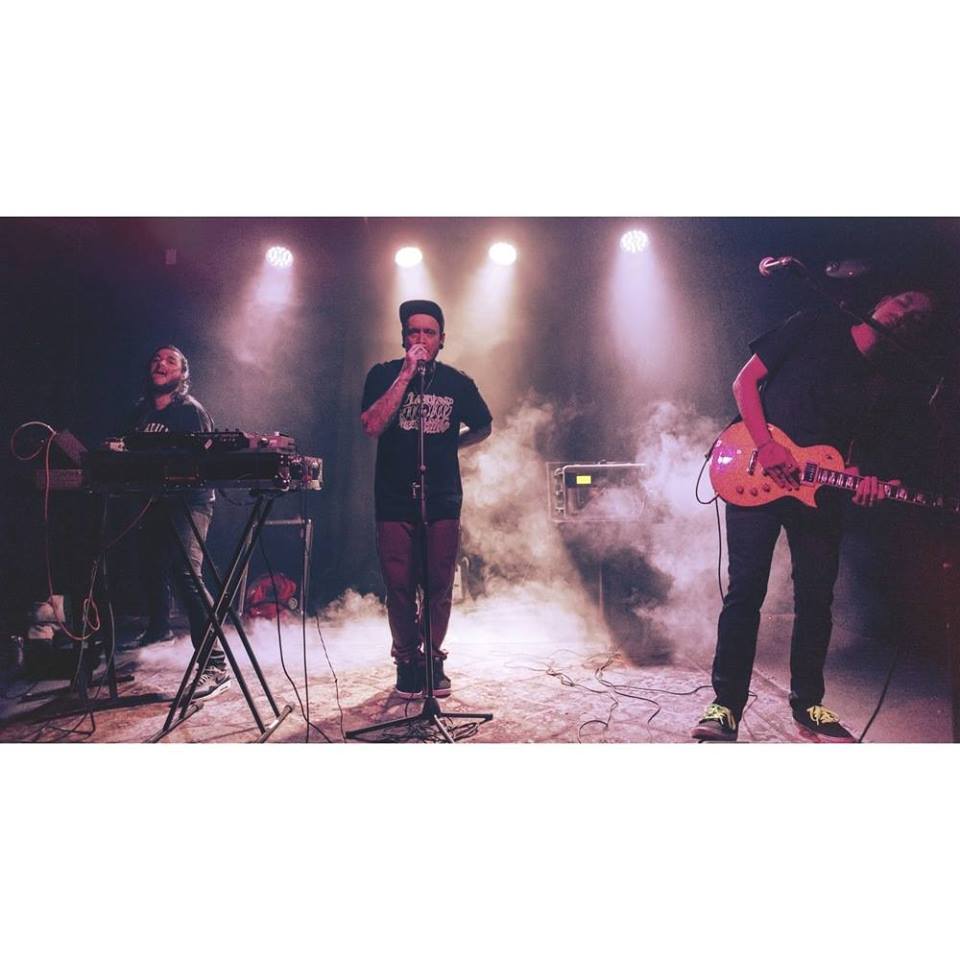 AG: What is Moogfest giving to you that you take back? How does it play out when you get home?

JB: For me, it's the imperfections. A great live performance is about the humanity of it, and making music is about the human side. I feel like this festival is stripped down to where you see the imperfections in an electronic artist, you see the strings behind the curtains. And it inspires me because we can really relate to that,. Specifically, when I saw Tara Busch she had some technical difficulties that became the most beautiful part of the show, because I feel like everyone in the crowd were people on our wavelength. They totally understand.

CW: Shit can go horribly wrong, but people are like, "Oh wow," and it can become part of the art. It is what it is. And that's the beautiful thing about Moog in particular. This style of synthesizer can just go out of tune. Modular synths too. They can go somewhere the person didn't want them to, but then the person can control that, reel it back in. That's what we like to take with us, because when we make music in the studio, Javi and Josh and I, sometimes we'll step out of ourselves and say, "How would I have played this when I was 13? How would I have played this guitar part or done this synth line?" And sometimes we'll find that perfection in imperfection. So it's cool. That's what I take from this, finding those imperfections and just making them work. We take that shit. In the studio we live that. Imperfection is key.

JB: That's really it. A lot of people going through the same thing and enjoying the beauty of it.

CW: Not getting caught up in how cool it is, but enjoying the art.

JB: Yeah, from the richest and most famous people making music here, to the dudes delivering the DIY punk rock shit, it's just very inspiring. And that's kinda the point. There's a blip in the circuitry and that's what you're looking for, that's why you use these instruments. They're alive; you can't predict what's gonna happen.

AG: How did you guys feel about the set you played?

Josh Chassner (JC): People were coming from all over. It was fuckin' great. Within 15 minutes shit went from nothing to all, it was packed out and people were vibing on it and having a good time. We had a blast. It's definitely not the last time we'll be here. We want to do this again and again. I had a great time. I think we all had a great time.

AG: And Josh--you've been doing some singing recently, right?

JC: It was a lot in the shower at first. I don't know what to actually call it, but it's kinda working (laughs). Brien (Worsham) does it way way better than I do.

JB: A big part of what we do is Brien's harmonies.

CW: It's awesome to have the availability to do that. 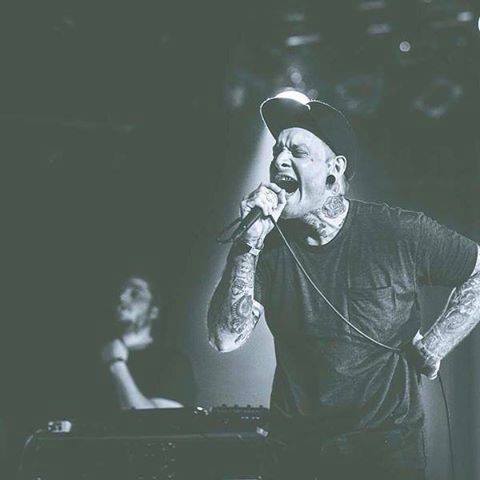 JB: I mean you go back to classic rock, like Fleetwood Mac, and the Eagles--

JC: Harmonies are where it's at. Everything from Crosby, Stills, and Nash and the old-time stuff we grew up on. That's made such a mark in music. We like to add a lot of that into what we're doing too, there's a lot of classic influence in it.

AG: And I presume that will show up on the new record?

AG: What can you tell me about it?

JB: It's completely sample free. There are no samples, its all instrumentation.

CW: It's called The Sensitivity Kit.

AG: There's no release date as of yet. Can we expect it sometime this year?

JB: We hope! Early next year at the latest.

CW: We want it to give the love that it needs. To date, it's our most focused effort as a band.

AG: What do you mean? Can you expand on that?

CW: We've been so many bands in the past. We've had so many sounds from album to album. The Dark Ones was darkwave, Palm Sunday was the light. It was like church. I think this album, it's like the best mixture of everything we've ever done, it's our sound into fullness. You can hear it and think "That's RBTS."

AG: Any other plans for shows or releases?

CW: Just keep up with us because we're always producing. We have a bunch of stuff we're working on with other artists right now, including Schyler Chaise. We have a project with him in the mixing and mastering process right now, The Olympic Flames. And another one with an MC named James the Gentleman. We're constantly in the studio working. We also have EPs we're working on for RBTS. There's a bunch of stuff.

JC: We're thankful for this plum [holds up an avocado from the post-show gift basket].

JB: We're thankful to Moog for this GMO plum. 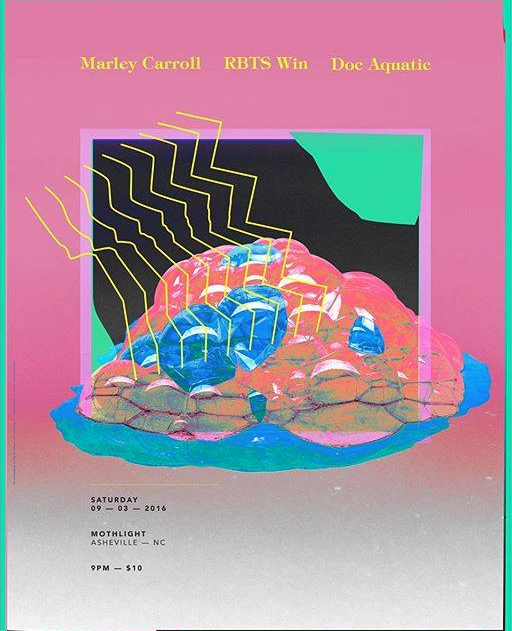