Rare Asheville silent film to be screened at Grail Moviehouse

Rare Asheville silent film to be screened at Grail Moviehouse 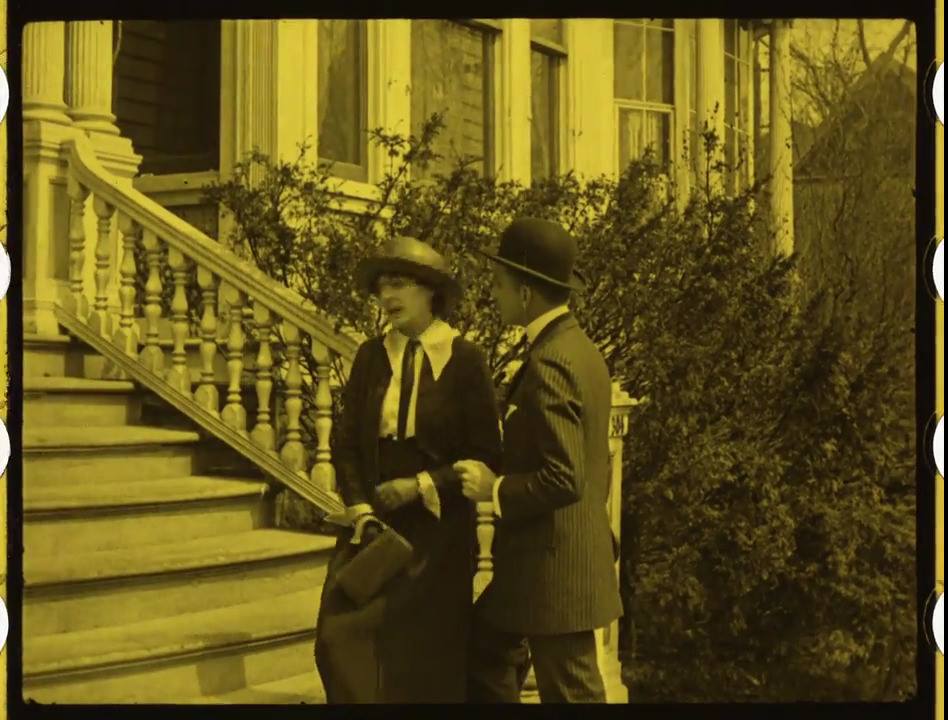 This weekend will feature two great events featuring rare silent films. The first will be held Feb. 3 at the Esmeralda Inn in Bat Cave, and the second will be held at Grail Moviehouse in Asheville on Feb. 4.

Nearly 400 movies were produced in North Carolina during the silent film era, with movies made in Asheville, Charlotte, Wilmington, Durham and many other locations. But the center of North Carolina silent movie-making was tiny Bat Cave, in the mountains of Western North Carolina.

Nearly every major film company of the era sent companies to this rugged and beautiful spot, according to film historian and silent film authority Frank Thompson. Between 1912 and the mid-‘20s, more than 50 movies were produced there.

And every one of those companies lodged at the historic Esmeralda Inn.

On February 3, 2018, some of these incredibly rare films will return to the Esmeralda for a special evening, “Bat Cave's Silent Movie Era.” Thompson will present an illustrated talk and show excerpts from three films produced at Bat Cave and Chimney Rock: Brother Bill (1913); The Masked Rider (1916); and Gilded Lies (1921).

These motion pictures, all thought lost until recently, will be accompanied by renowned pianist Marc Hoffman.

The total package cost per person is $45. For those who want to attend the presentation without staying at the inn, the price is $20 per person.

Then on Feb. 4, the Grail Moviehouse will screen a group of rare films that were produced in North Carolina between 1902 and 1921. (Photo still from Thunder-Bolts of Fate, courtesy of Frank Thompson.)

The “Silent Sunday” program includes a feature film made in Asheville 100 years ago. Thunder-Bolts of Fate was directed by Edward Warren and stars House Peters and Anna Lehr. It is the earliest known surviving Asheville movie, according to Thompson.

Also on the program:

Gilded Lies (1921; excerpt), the last reel of which was made on and around Chimney Rock

Thompson will also conduct an audience Q&A after the screening. Hoffman will accompany the films with his music.

Here’s more from a press release:

In 2016, Thompson restored The Conquest of Canaan, a feature film produced in Asheville in 1921. This refurbished version was shown at the Grail five times to large and enthusiastic audiences.

Conquest was then believed to be the only surviving Asheville silent. In 2017, a 35mm nitrate print of Thunder-Bolts of Fate was discovered at the Library of Congress. A digital copy of this original print will be shown at the Grail. It is in nearly pristine condition, with beautiful color tints and tones.

The Asheville locations for Thunder-Bolts of Fate include various neighborhoods, the banks of the French Broad River, Sunset Mountain and the Asheville School for Boys.

Nearly no one outside of a film archive has seen any of these movies in decades. To call them “rare” is a vast understatement.

Frank Thompson is the author of 43 books. His most recent are Asheville Movies Volume I: The Silent Era (March, 2017) and Nothing Sacred: The Cinema of William Wellman (co-authored with John Andrew Gallagher, February, 2018). Asheville Movies is for sale in the lobby of Grail Moviehouse as well as in Asheville bookstores including Malaprop’s, Battery Park Book Exchange and Mr. K’s.

To arrange an interview or to obtain jpegs of posters or stills, contact Frank Thompson at thompsonesque@gmail.com or (828) 989-6124.