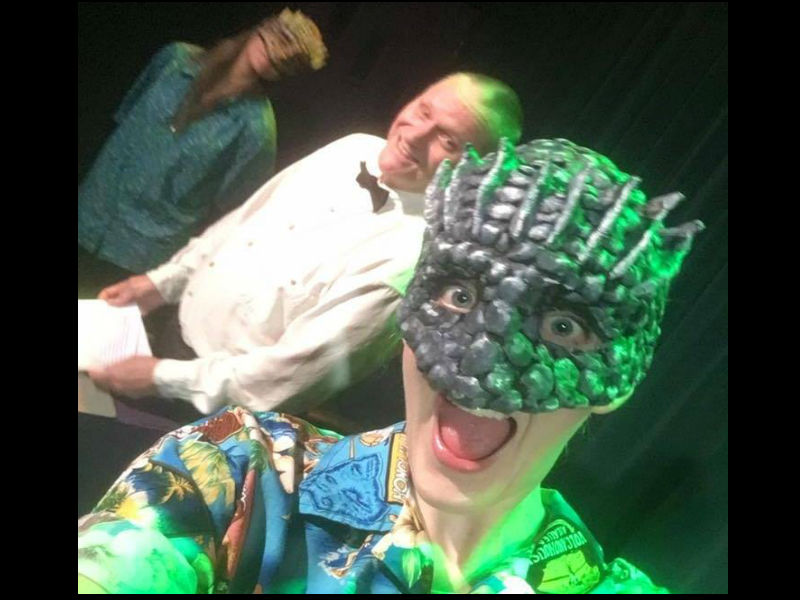 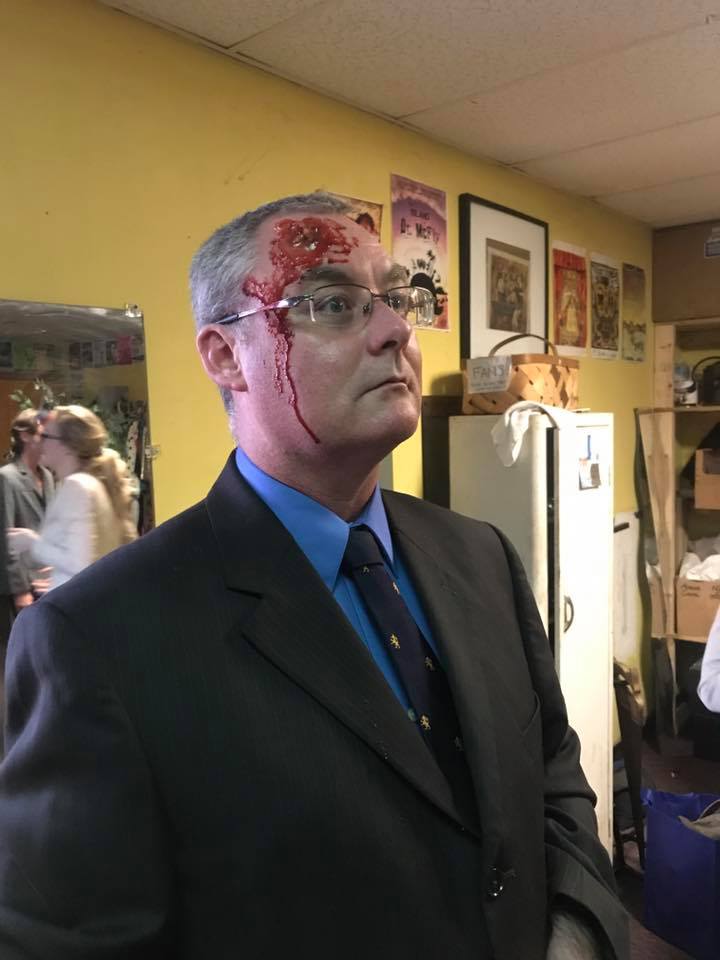 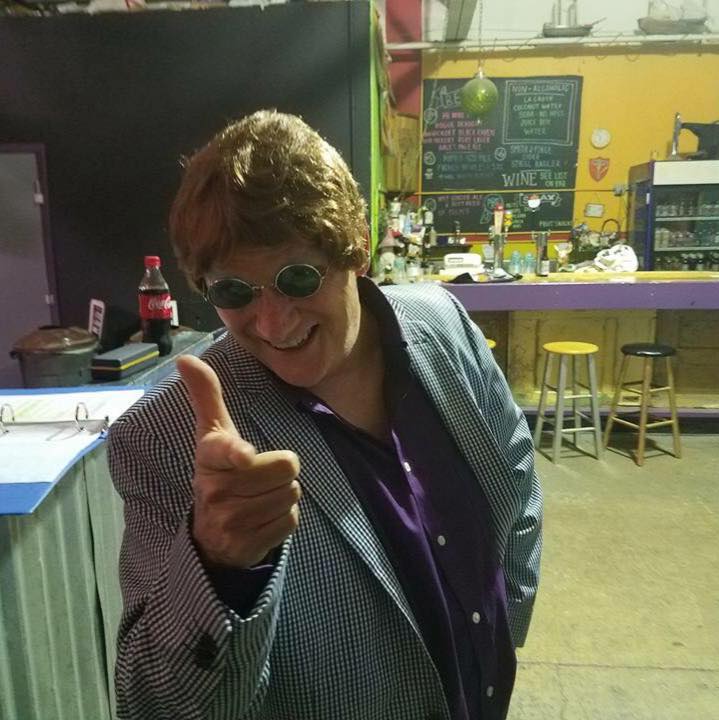 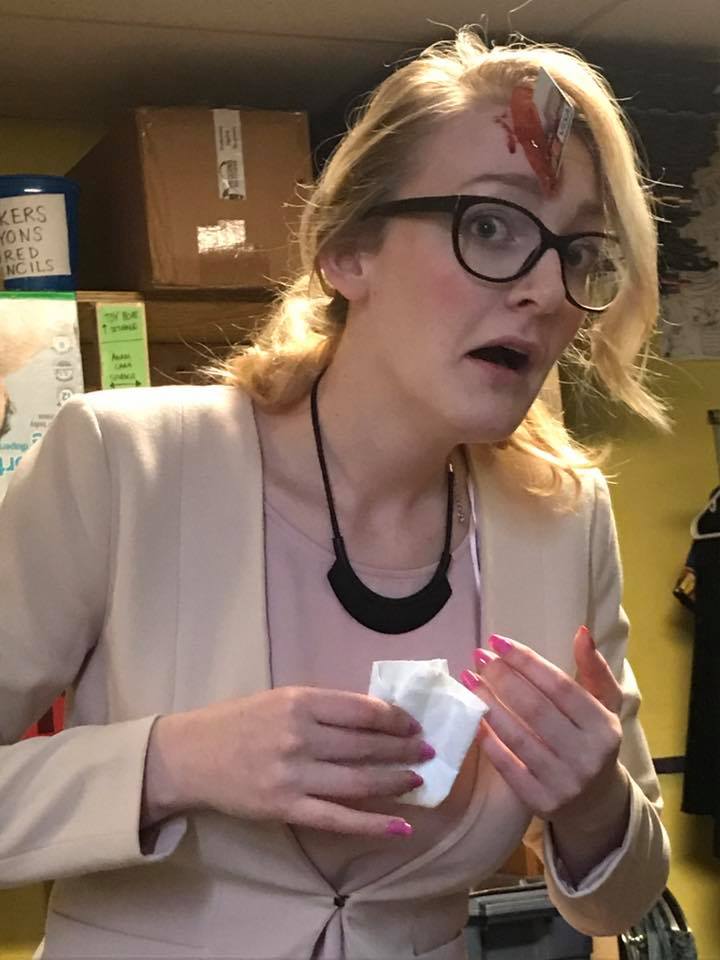 For anyone not familiar with Toy Boat or Anam Cara Theatre Company, the two entities seem to happily exist outside the margins of the mainstream and make the most of their resources and the wide range of creative talent abundant in Asheville.

With only two chances remaining to catch Prairie Fire at Toy Boat Community Arts Space, this review hopes to help in filling any remaining seats this Friday and Saturday night. Prairie Fire begins with our cast arriving to “The Board Room” for the 9am meeting and then slowly establishes the tone and themes of this original work written by Ryan Madden and directed by Peter Lundblad. The “play” is a deconstruction of sorts, with a series of loosely connected vignettes that flirt with and ridicule various subjects like corporate identity, advertising, religion and capitalism. The distinguished cast of actors includes George Heard, Margo Matty, Kevin Norris, Alison Tippins, and Sophie Stanley, and in Prairie Fire they all get numerous opportunities to showcase and stretch their acting chops by slipping into various personas and costumes from scene to scene utilizing various accents and idiosyncratic quirks. They all deserve to be commended for meeting the demands of Madden’s script, which is a finely crafted piece of superior wordsmithing.

One of my favorite aspects of the play is its mixture of recurring gags, absurd diatribes and unpredictability. The scene between Alpha, Beta, Gamma, and Omega features a hilarious series of terms of mock-endearment riffing off the common “sweetie” or “honey” to “saccharine genitals” and much, much more. I wish I had a list of them now, because it was immensely fun to hear how many more and how outlandish and bizarre the next one would be.

I always try to avoid describing too much or revealing anything that could be considered a spoiler, so I’ll just add a few more details about Prairie Fire. It’s a dark comedy featuring some deaths, overt Baywatch references, voiceover narration, title cards and bloody foreheads but is still suitable for teenagers. It’s also got reptilian overlords! That was unexpected for me although I later noticed that it is listed in the program for the show.

Mr. Madden, thank you. I sincerely request that you send me a list of your most outrageous and amazing terms of endearment from Prairie Fire to re-print in it's entirety here on Asheville Grit and encourage others to add their own!