The inaugural photo+craft event, which takes place from March 31-April 3rd in downtown Asheville and the River Arts District, is the first of its kind to unite not only two areas within the arts--photography and craft--but also to unite the larger Asheville arts community. The event features, among other things, two keynote speakers, each of whom is a leader in their respective field, a film screening, several panel-style discussions, exhibits, a collector's dinner, and plenty of opportunities for sharing ideas and networking. Most of the weekend (except for the dinner and a luncheon discussion with DOT Editions) is free and open to the public, making this a truly unmissable opportunity for Ashevillians--and out-of-towners--to get involved in conversations happening around culture and the arts.

Whether or not you're an artist, photo+craft offers many things to be excited about. According to photography professor and event organizer Eric Baden (of Warren Wilson College), "the basic idea is to take two large artistic practices--that of photography and that of craft--that are very active here in Asheville and in Western North Carolina and that have also been outliers to the central movements in art, certainly over the 20th century. The event will look at how photography and craft have contributed to the directions in art as well as how these two particular practices have engaged each other."

Ann Batchelder, a member of the photo+craft organizing team, agrees and adds that

it's also partially looking toward the next generation of makers, and how they perceive art not necessarily as a medium as much as an approach or a mindset. They look at a variety of media to express themselves as opposed to sticking with only one area. The blend or overlap between these expressions is a focal point of this event and the question we're asking. Both photography and craft share roots in immediacy, in time and place and everyday life, if you will, as well as in some aspects of current culture and community. Given this area's history with craft, it's also a refreshing way to introduce contemporary craft to a lot of people.

The idea of photo+craft was born when Warren Wilson College received a grant from the Windgate Charitable Foundation to increase craft programming on campus and to support the college's involvement with the Center for Craft, Creativity, and Design (CCCD) in downtown Asheville's Broadway Arts District. This initial support came at a perfect time when Baden was already "looking at the programming regarding craft that the CCCD was involved with and [thinking] about craft in relationship to photography."

Wilson's curriculum and programming has already gained much from the collaboration. "We're building pinhole cameras all across campus," notes Baden, "and we're getting different classes involved in this. Cameras used to be considered highly technically specialized, but now everybody knows how to use their phone. Anybody can join in, so we're able to get community participation and design academic programming that's fun, present, and engaging, and people will actually get something from that. A 3-D design class will be making cameras, for example. We've got students curating exhibitions through the North Carolina Room at the library, so it's just a tremendous educational opportunity."

Batchelder adds that "it's an opportunity for Warren Wilson to take a leadership role in craft education by raising these questions [surrounding photography and craft], and to engage the creative community of Asheville in such a way that stimulates growth for visitors, local artists, and students in the area. It's a win-win-win situation."

Both Baden and Batchelder point out that the event is groundbreaking in terms of wider community involvement. "We're going to have a lot of different viewpoints and ways to approach through exhibitions and talks," she notes. "There's a film screening [of Harvey Wang's From Darkroom to Daylight], a talk about collecting, a workshop . . . So I think there's a real richness in the variety of offerings. There's something for everyone, and the to me that's what's really exciting. It's not only for people steeped in craft and photography. Any artist would be curious and interested in what's being said, because it's really about where we are at this point in time in our history and our creative expression."

Baden adds that "in my experience of 26 years being here, the scale of collaboration across the arts community here is kind of unprecedented in terms of what I've seen." The involvement from galleries and organizations across town is impressive. Going to the "+and" tab on the photo+craft website brings you to a full list of participants who will be hosting exhibits and events in conjunction with the conference, including the Asheville Darkroom, Asheville Art Museum, Blue Spiral 1, the Cotton Mill Studios, the Captain's Bookshelf, and the Penland School of Crafts.

A theme of the event that emerged naturally is the fact that these two creative forms can be impetuses for social change. "I think recently that social engagement in art, which has been there forever, has become as much of a focus and a force as perhaps a formal approach was 80 years ago" says Baden. "In terms of the contemporary movements in artistic and cultural practices and thought, this is a particularly rich area where those focii come together."

The keynote speakers are a perfect example of how the event organizers envision this synthesis. Fred Ritchin was the former photo editor of the New York Times Magazine. He set up the documentary program at NYU's Tisch School of Arts and is currently the Dean at NYC's International Center of Photography. According to Batchelder, "He's on the cutting edge of discussions about contemporary phtoography. Whereas photographers at one point were seen more as recorders of history, he has argued that photography can create change before things happen, that it can create awareness rather than just record the aftermath. It brings intention into the discussion in a different way." 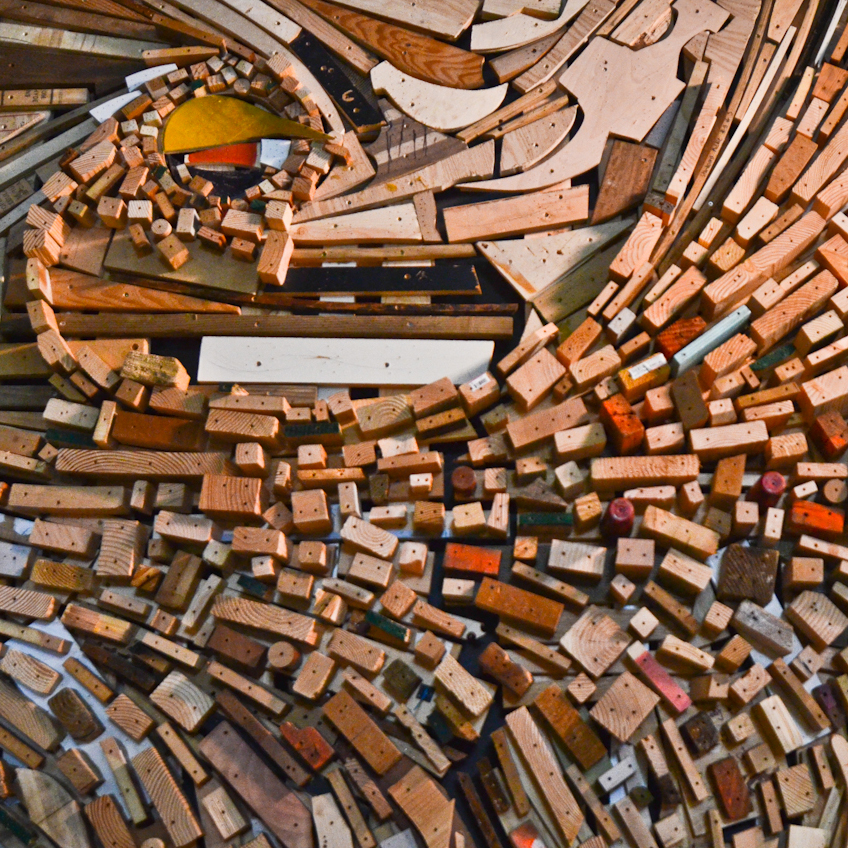 The other keynote speaker, Namita Gupta Wiggers, was the director of Portland's Museum for Contemporary Craft, where she was also a head curator. She is the co-founder and director of the Critical Craft Forum, "which has really brought issues of contemporary craft to the internet in an engaging way," according to Batchelder. "She's looking at craft as more open and diverse, inclusive of mutliple histories and media."

Even the collector's dinner is about the sustained and inextricable links between art and culture. "This is not just about what rich people do. These particular collectors are truly stewards of cultural heritage and that's very much behind how they collect. They're working to identify, preserve, and pass on this heritage." 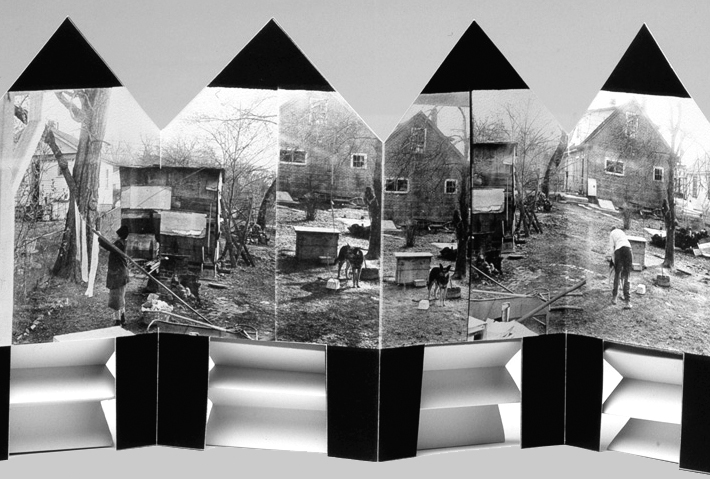 What's Happening With Momma? (Outside), by Clarissa Sligh.

Other events on the schedule align with this mission. Presenters Clarissa Sligh and Alejandro Cartagena will be on a panel called "Making and Meaning: Photobooks and the Social Fabric." Baden notes that

They deal with some really raw material in a personal, emotionally expressive way that addresses issues of significant social concern. Race is one of several issues that Clarissa addresses in her work. She was the lead plaintiff in the 1955 school desegregation case in Virginia (Clarissa Thompson et. al. vs. Arlington County School Board). This set a tone for her life, leading her to continue to be involved in significant issues around equality and human justice, and she has paid attention to that throughout her life in her art.

Alejandro lives in a corrupt culture in Mexico and examines the powerful consequences of that. His artwork looks at the people who feel the collateral damages of drug trafficking and corruption, the people who need to make a living and have suffered the consequences of the power structure there one way or another. He's intrepid as an artist in bringing that material to the viewer not in a didactic, propagandistic way, but  as an artist's view of what this looks like.

While many of the offerings on the schedule are designed to inspire deep discussion, the motivations behind photo+craft always come back to issues of accessibility and community. "The combination of the DIY movement in craft and the rise of Instagram and the iPhone in photography has taken both of these areas out of the realm of museums and galleries and made it much more accessible," says Batchelder. "So what does that mean? That's an interesting question."

The full schedule for photo+craft is available here. You can also join in the discussion on Facebook.