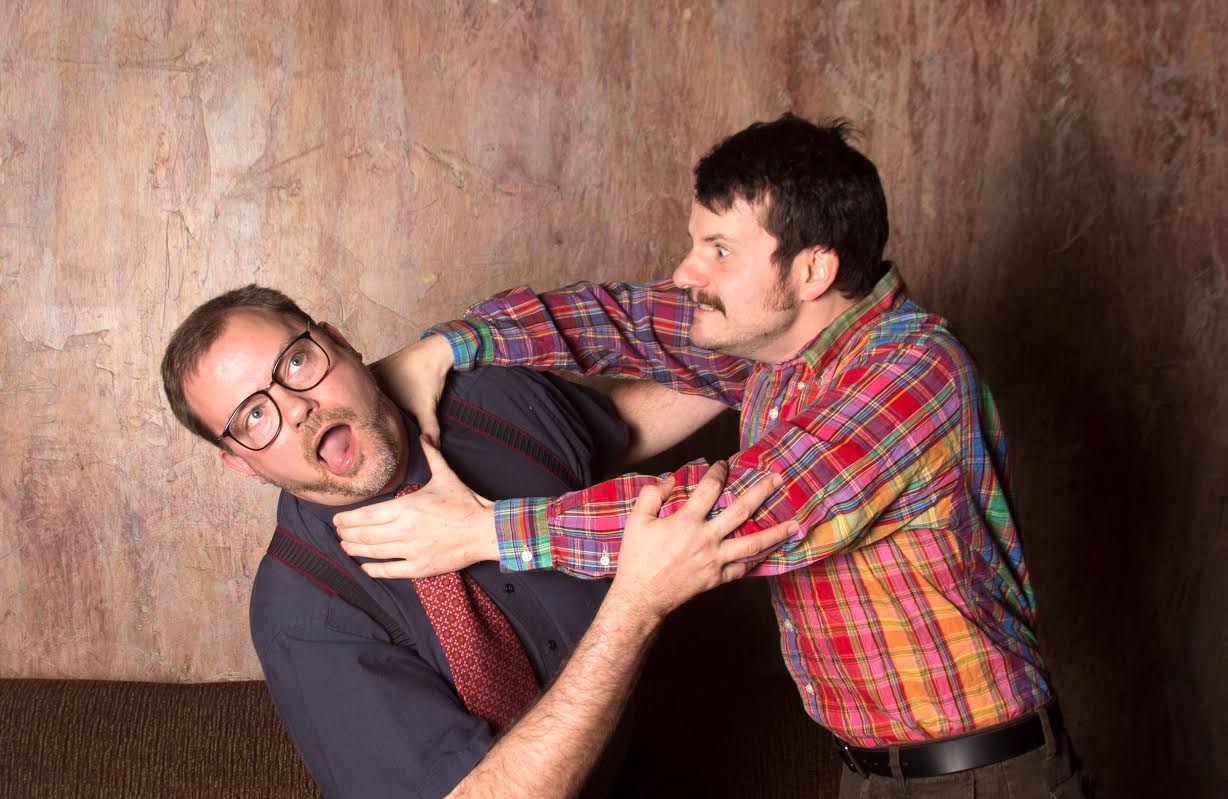 The Nerd, by Larry Shue

We meet milquetoast, good-natured straight man and protagonist Architect Willum Cubbert (Patrick Brandt) on his 34th birthday. His girlfriend, Tansy (Christy Montesdeoca) and pal Axel (John Mendenhall) have a small party planned but everything goes awry when Rick Steadman (Adam Arthur) arrives and things go from irritating to downright unbearable for the rest of the party guests including William’s boss, the boss’s wife and their bratty kid. Rick saved Willum’s life in Vietnam but they never met until now, after years of being pen pals. Rick is your classic cartoonish nerd and depending on your generation, Steve Urkel from Family Matters or Jerry Lewis' depictions might be your reference point. The play premiered in the early 80s and has been a popular choice by theater companies ever since. The Nerd has the feel of a staged 80s sitcom and many aspects of the play have since become tropes.

Adam Arthur fully commits to his character and we are introduced to him through lengthy answering machine messages before he shows up in a bizarre costume (kudos to the costume designer for finding that gem!). It is worth noting that this is not a costume party. At first the characters humor Rick as a minor pest but in no time they are all ready to strangle him. The most unforgettable scene in the play for me is when Rick convinces everyone to play the game “Shoes and Socks.” Without spoiling anything, anyone that fondly remembers the ‘Unknown Comic’ from early 80s oddity The Gong Show will be especially amused.

Rick has never been happier until now and has every intention of taking over as Willum’s new best friend and business partner. The second act is when the tables turn and Willum, Tansy and Axel devise a plan to rid Rick from their lives before he roots himself any further. The actors finally get to go for broke in their roles after suffering Rick’s antics. Another fun twist follows before the final curtain call. This material is far less edgy than Attic Salt’s previous offering How I Learned To Drive, but the play is a safe bet for mainstream live theater.