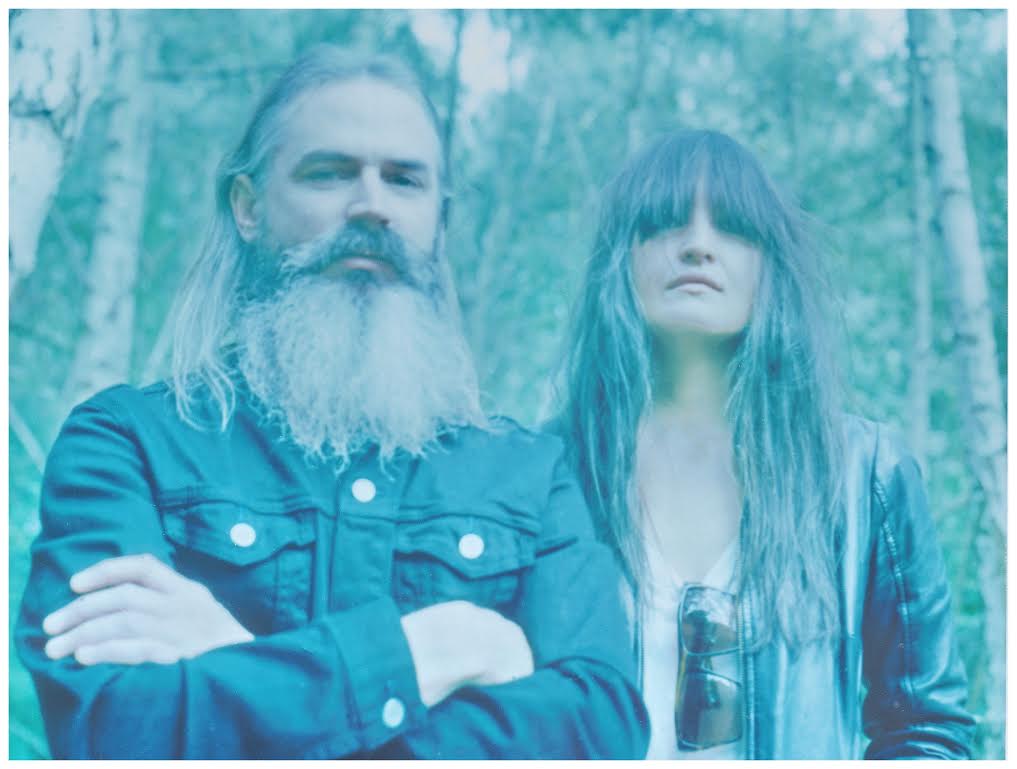 Moon Duo’s music, flavored by the surreal and the psychedelic, will fill Asheville’s Mothlight on Thursday, March 12th. Moon Duo is on the road to promote their newest LP, Shadow of the Sun (Sacred Bones Records), which was released on March 3rd. The band, comprised of Ripley Johnson, Sanae Yamada, and drummer John Jeffrey, makes dreamy, psychedlia-inspired tunes that are still satisfyingly rough around the edges. There are shades of garage, punk, and krautrock here as well, and songs shift dreamily through moodscapes that never get too intense, but rather invite you to sway along in the whirling currents of noise.

Shadow of the Sun gives you a taste of what to expect at the show. “Wilding,” the first song on the album, opens with an almost meditative (though brief) lone guitar, and then turns up the speed and the intensity as drums and guitars kick things up into a punk-infused riff that carries through the whole song. Johnson’s vocals come in at last and reintroduce the psychedelic element. Less important than the lyrics are the distorted quality of the at-times unintelligible words, which become another instrument that creates a new, sweeping layer of sound. It’s atmospheric music that pulls you into an aural dreamscape in the best way, allowing you to flow with the sounds and lose yourself in the flickerings of noise.

The album, for the most part, stays within the realm of this style. Tracks are perfect for dancing, and they may just transport you to a higher state of consciousness. Songs are at their best when Moon Duo allows the darkness it’s constantly hinting at to effloresce, something that happens in “Zero,” a tune that opens with lilting but malevolent sounds that might have come straight out of a Gothic horror film. There’s also an element of playfulness also comes out in the best tracks. But every song is a welcome invitation to float in a hazy atmosphere of lilting, shoegazy notes that envelop you like a misty cloud. In fact, there’s a track on the album called “In a Cloud.”

The strength of the new album makes this a not-to-miss show. Moon Duo was last here for the incredible Transfigurations II Festival, and the Mothlight show is a perfect opportunity to see them again—or for the first time.

Tickets are selling fast—get yours and more info .

Kevin Morby and Ryley Walker open. Tickets are $15. The show starts at 9 pm.