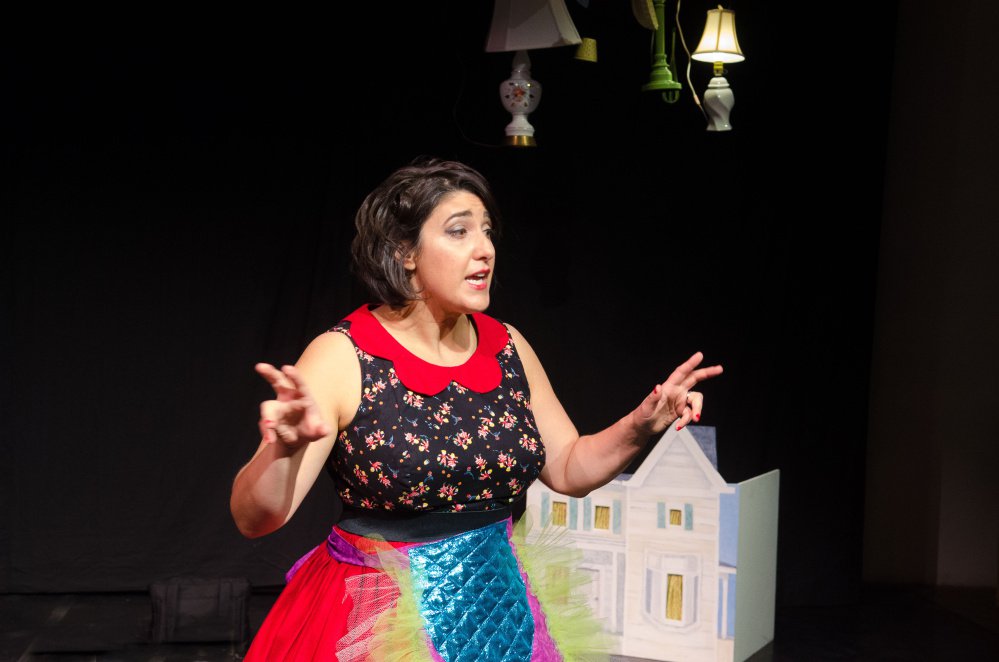 Yes, it's a show about motherhood--specifically vaginas--but "dance comic" Sara Juli wants to get across one thing in particular: "I want people to take a risk on this show and discover that it's really accessible. People are laughing through the entire thing."

It's called Tense Vagina, and it's Juli's one-woman show about the trials and tribulations of motherhood, based on her own experience of how the body and the heart heal after having two children. She's been touring it since last October and is currently doing six shows at the American Dance Festival (hosted by Duke University). On Saturday, she'll pack up her costumes and sets and head to Asheville for a night at the Masonic Temple put on by Free Range Asheville, who have been consistently bringing some of the best performances that Asheville has seen in a while.

Tense Vagina: an actual diagnosis (2015) from Sara Juli on Vimeo.

The hour-long show is the result of Juli's own process of "pushing two children out of [her] vagina." Like her other shows, including the acclaimed The Money Conversation, it's both universal and personal.

"Any emotion I've felt is something that millions of others have felt," says Juli. "Connecting to audiences and bringing humor to these experiences is why I'm on this planet."

Juli has created 10 full dances that each correspond to specific times in her life. "They trail the course of my life," she says. "The one I created in college was How to Forgive Yourself in Bed. It was all about reconciling being sexually promiscuous in college and in my early years in New York City. It's not applicable to where I am today--I'm about to celebrate my tenth wedding anniversary--but it was totally fresh when I made it"

This freshness is something that is a part of all of her pieces, which emerge out of her own processes of growth and healing. The Money Conversation emerged out of the stress of combining finances. Tense Vagina marks another rite of passage: giving birth and raising children. "I had the experience of feeling both beauty and isolation," says Juli. "I had post-partum depression. And I felt a lot of loneliness. As a new mom in NYC there are tremendous resources available, but a lot of time you're breastfeeding alone on the couch and crying." 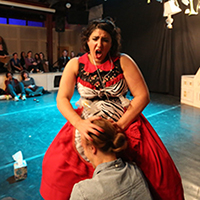 The show looks more specifically at a problem women face after giving birth: incontinence. "Four years after the birth of my first child, I finally got the courage to tell my OB/GYN that I'd been peeing my pants since I gave birth," says Juli. "In France, a year of rehab is built into your birth plan. No one told me anything about the problems I'd face, and I didn't know I was supposed to be looking for help. All we talk about is getting your pre-baby body back. There's a sense that everything just becomes about your child."

The lack of information around the issue made it a source of embarrassment for Juli until she reached out and discovered that there are resources to help with the issue. Specifically, pelvic floor rehabilitation.

"The vagina has its own separate way of returning after birth," she says. "Of course it never returns to its beautiful state before pushing large things out of it [laughs]".

Within three months of beginning pelvic floor rehab, Juli's issues were resolved. "I no longer pee my pants," she says, laughing. "It literally changed my life. That's something I had to share."

Tense Vagina has two parts: the first is Juli sharing the underbelly of motherhood, and the second is a series of monologues where she shares true stories from the rehabilitation sessions. "They get weirder and weirder," she says, "but they're all true."

Juli uses humor as "a portal for sharing" and creates a safe space for people not only to enjoy the performance but also to feel comfortable enough to reach out to her afterwards.

"Being on stage is one of the hardest and most rewarding jobs," she says. "I call it a sacred ground or a sacred space. You shouldn't be up there unless you've worked really hard. Her performances are done in a lit room so she can also see the audience. "They're looking at me, and I'm looking back at them," she says. Audience participation is part of the experience, but she never tries to scare people off with that. 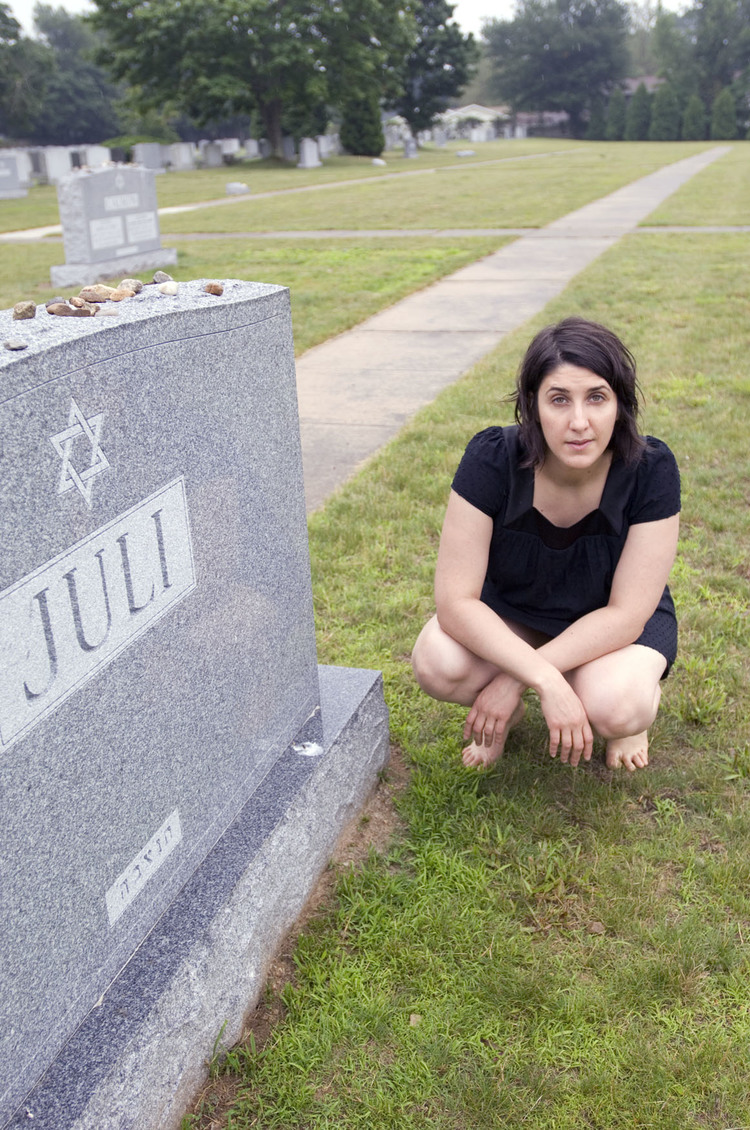 "It's just part of the experience. For an hour we enter this space together, and I'll engage the audience, ask you to think about things, ask you to go there with yourself. There's not a single show where someone doesn't come up afterwards and say 'I suffer from this. I'd like to talk about my vagina.' Which is incredible. I feel like I'm successfully creating that safe space."

Juli does research before every show and includes a list of resources for professional pelvic floor rehabilitation, which are printed on the back of the program.

The show involved many mediums, from comedy to monologue to dance. "It's an amazing ladies' night," she says. "Especially for women who are young mothers, but women of any age relate."

Juli is quick to point out that men love it too. "They thank me for giving them a space to think about their mother or their partner," she says. "It's funny, but it's also something deeper. It's a really good time."

Free Range Asheville is bringing Juli and the show to town. Juli and Free Range co-founder Estelle Woodward Arnal worked together at NYC's Dance Theatre Workshop in Chelsea. "We were colleagues and became friends," says Juli. "Free Range Asheville is bringing NYC chops to Asheville, and they're doing it on a shoestring budget, because they know how to act and think creatively and be resourceful. They know a tremendous amount of artists and are so well-connected. It's huge that they're here."

Tense Vagina starts at 8 pm. Tickets are on sale now for $15 in advance and $18 at the door. To purchase tickets online, go here. Leave the kiddies at home for this one--there's some strong language and deep content.