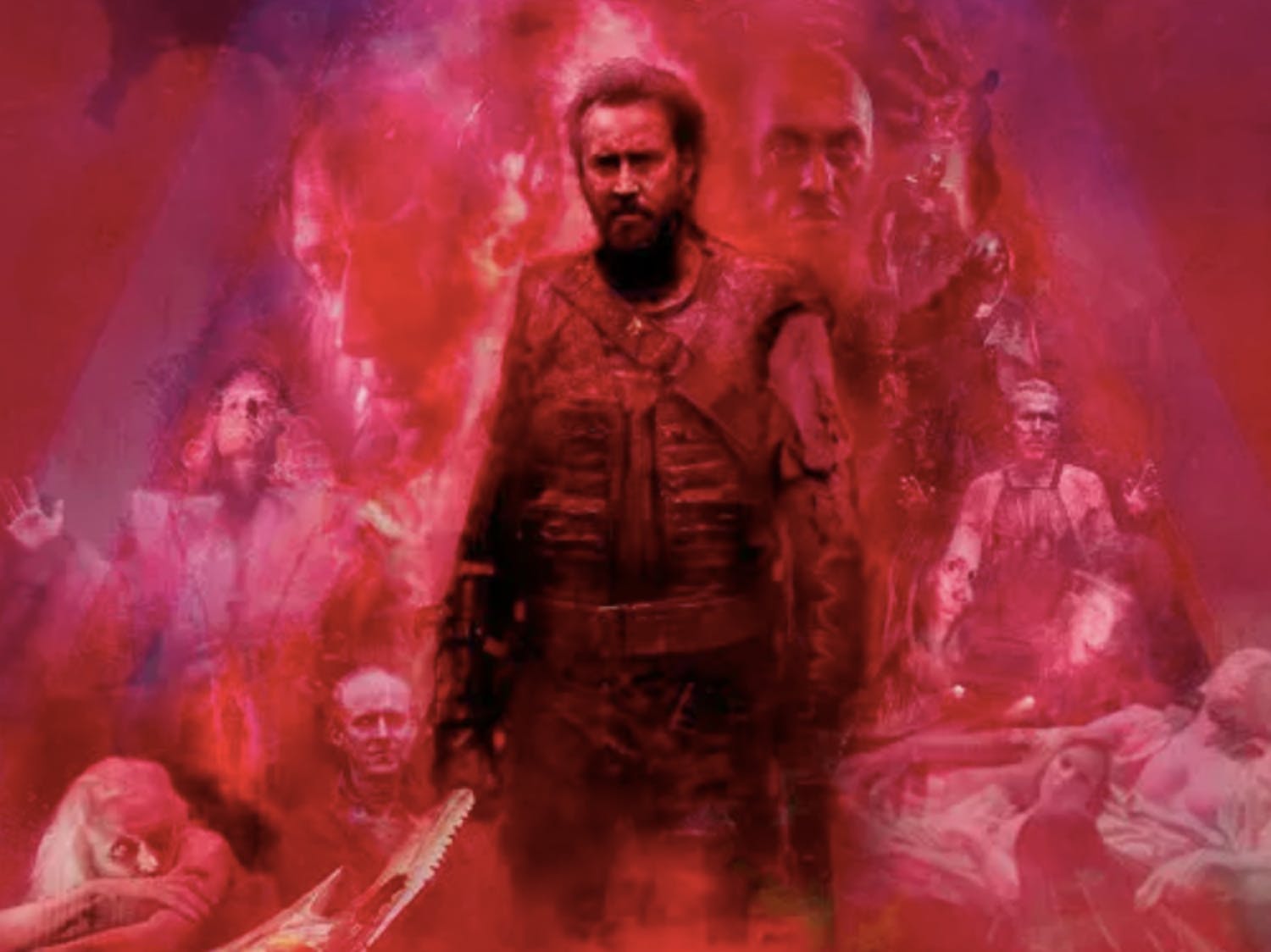 Reviewed by James Rosario on September 29, 2018 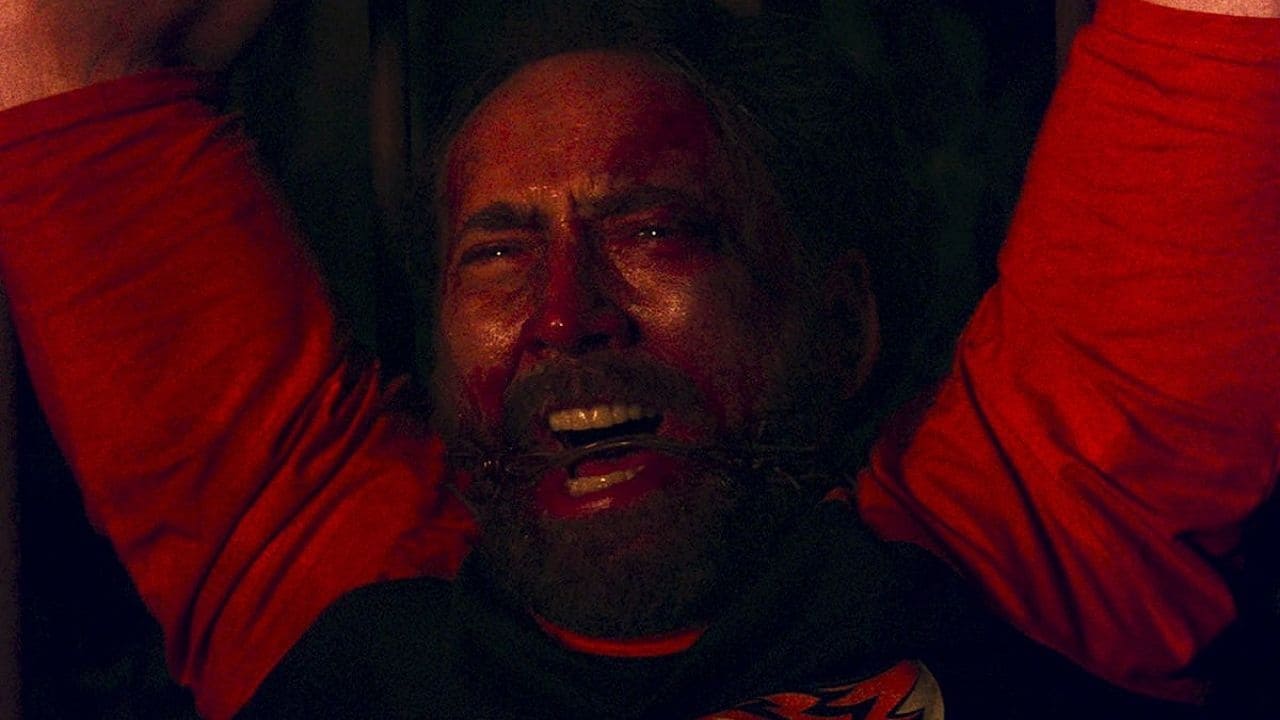 To say that the lead in Mandy is the role of a lifetime can only be true for one actor - and that actor is, of course, Nicolas Cage. If one were to analyze Cage’s career, it may be discovered that he’s played the role of Red Miller (a crazed, vengeance-fueled lumberjack with a proficiency for chainsaw battles) many times before - albeit unbeknownst to the writers, cast members, and directors. Was this the role he was born to play? I can’t say for certain, but I will say that I’d be hard-pressed to think of anyone who could have pulled it off better. Mandy is wild, that much is certain, but it’s got more going for it than just Nick Cage being Nick Cage. It’s an art piece with a hell of a lot of atmosphere and some recognizable influences. 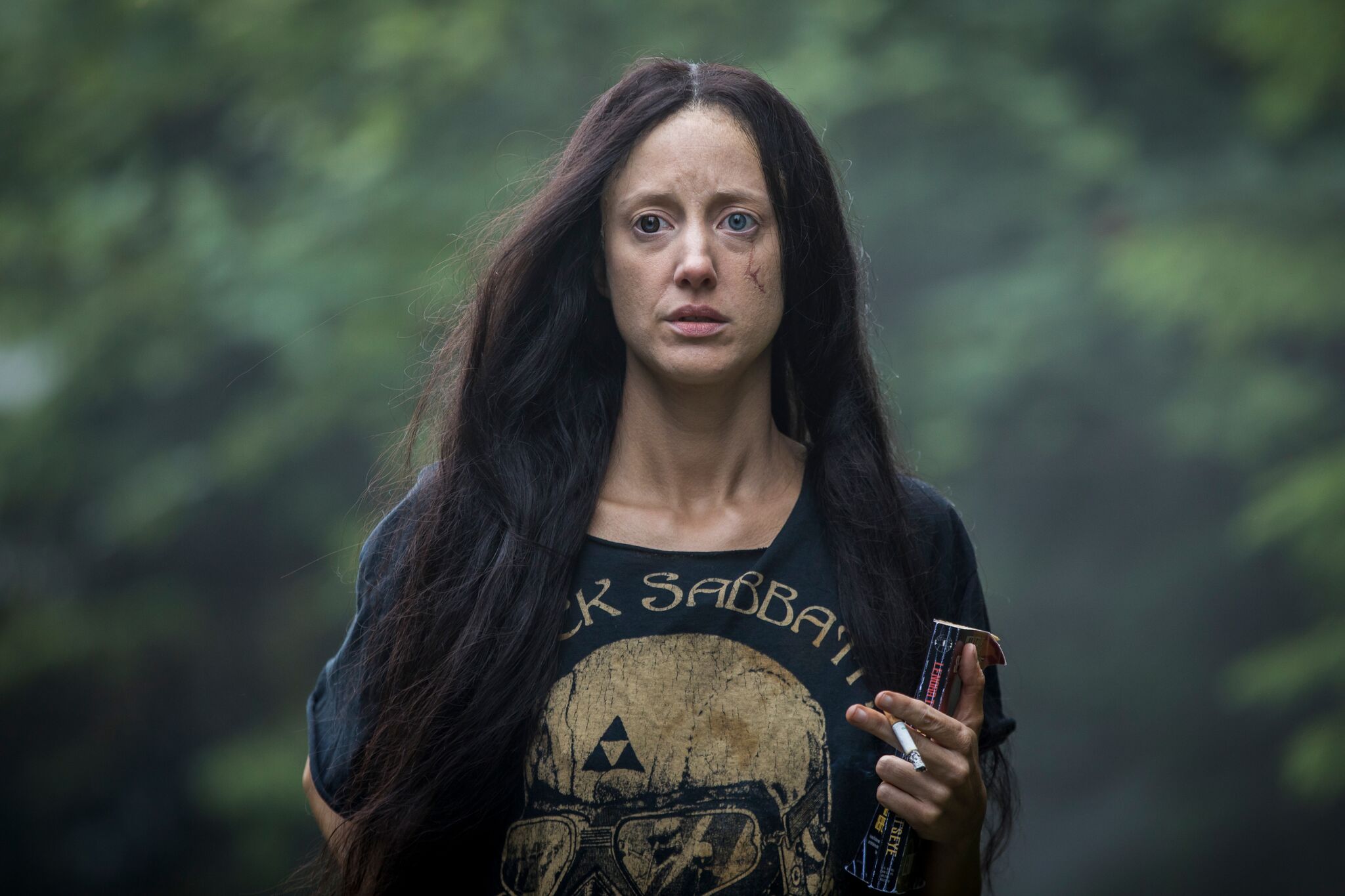 Mandy is being touted as “highly original” and “something we’ve never seen before,” and while I don’t want to knock those assertions, they aren’t entirely accurate. Cosmatos’ movie would not exist if not for a long list of predecessors - most notably the filmography of David Lynch. I counted several shots taken directly from Lynch films, and at least one line repeated verbatim from Blue Velvet (1986). Tobe Hooper’s The Texas Chainsaw Massacre (1974) makes an appearance, as does E. Elias Merhige’s Begotten (1990) and Sam Raimi’s Evil Dead movies. Now try to imagine all this filtered through a Rob Zombie lens via House of 1000 Corpses (2003) with a hefty dose of Clive Barker and we're getting somewhere. 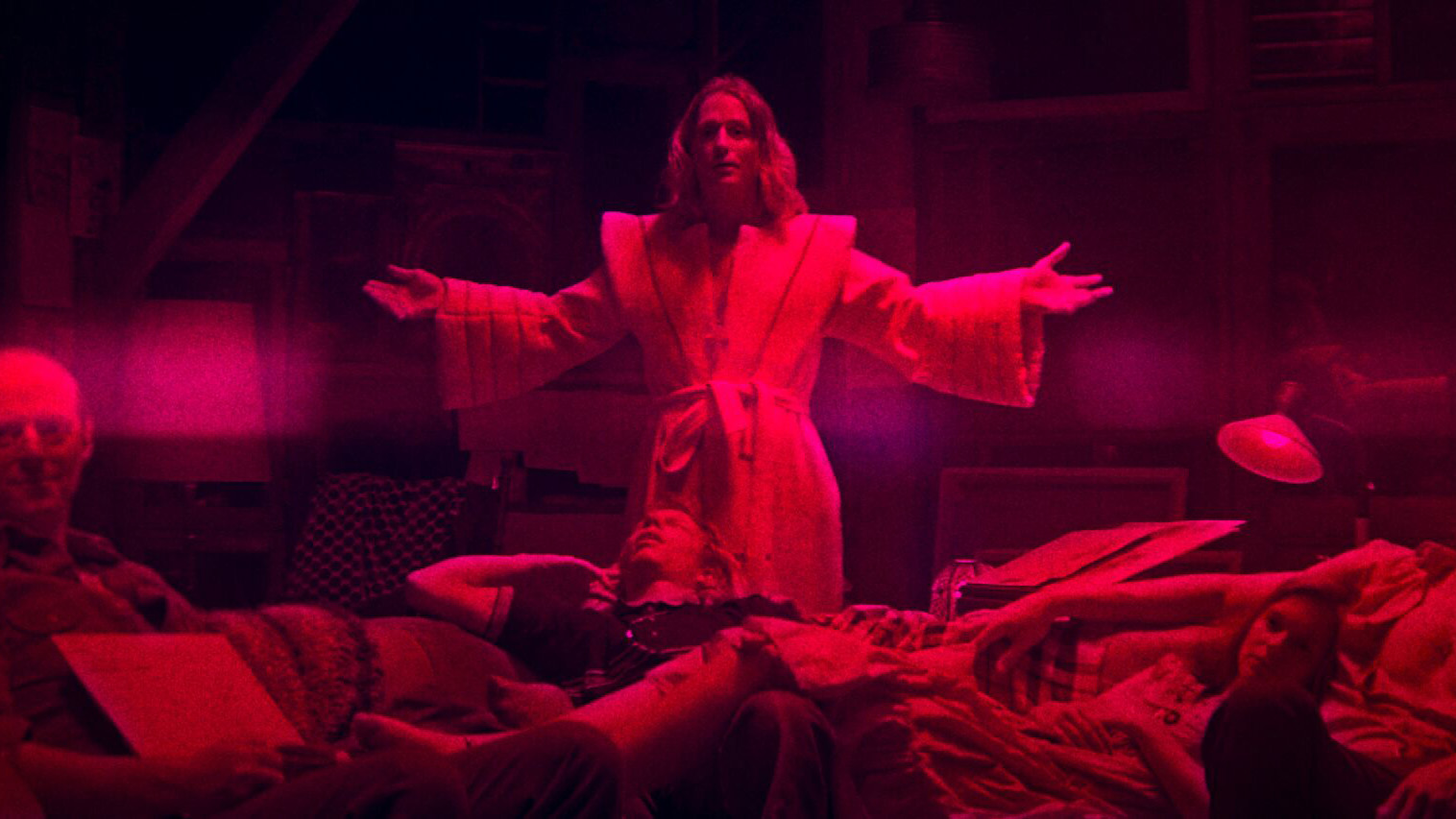 To be honest, though, I’m not complaining. In the case of Mandy, I’m not much bothered by the director’s tendency towards the secondhand. The films listed above check a lot of boxes in the positive column for me. Besides, it’s fun to catch allusions to other films and filmmakers. And unlike Spielberg's reference-heavy Ready Player One from earlier this year, Mandy is much more than snide in-jokes and pop culture pandering. You have to work to catch the Laura Palmer tributes and Leatherface reenactments. Cosmatos may liberally borrow from others, but that doesn’t make his movie uninspired or derivative in any way. The ride is still wild as hell, and one you’re not likely to forget - even if some viewers may want to. 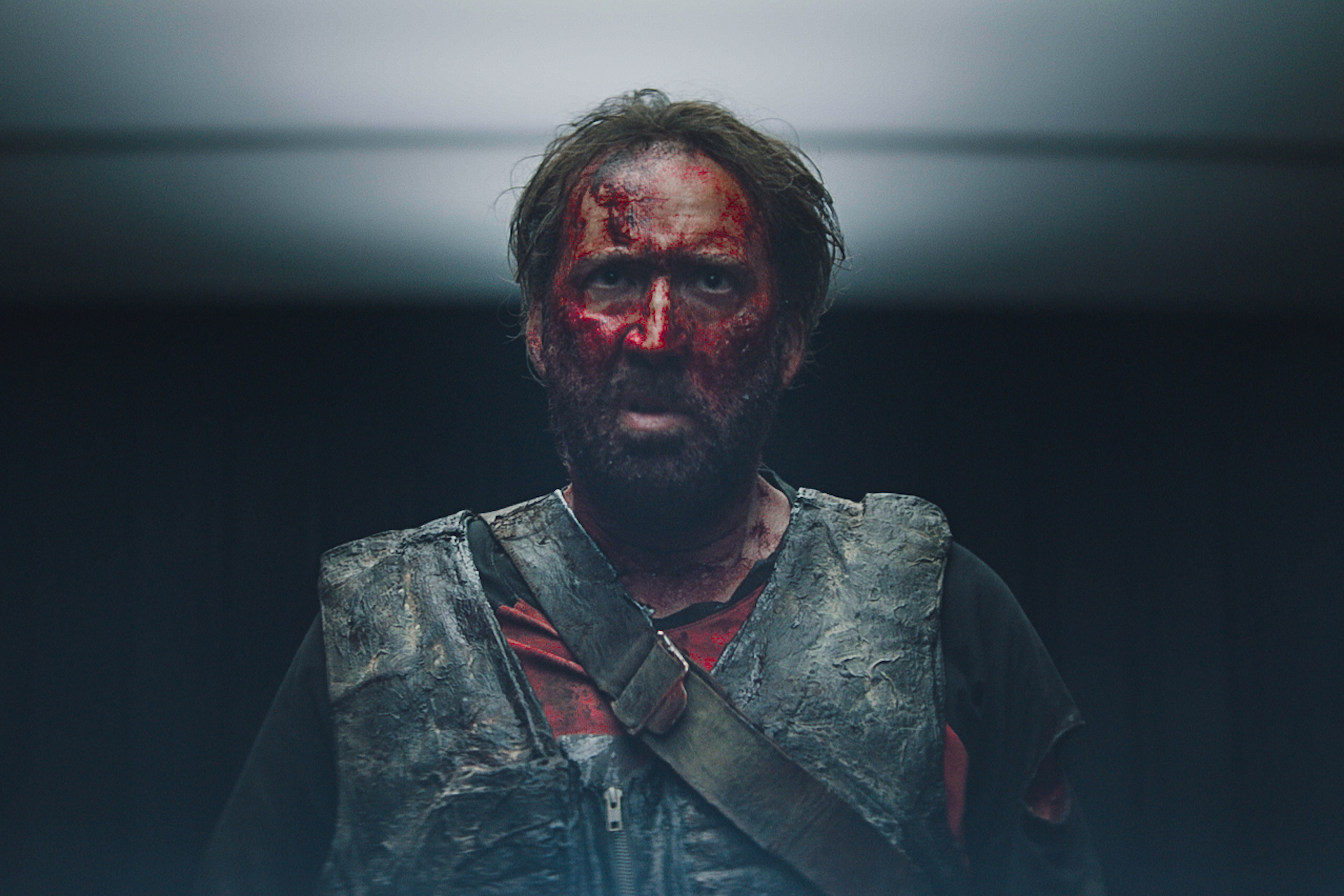 Cage’s tendency for over-the-top theatrics certainly fit in here, but strangely, I was expecting weirder. I’m not saying he doesn’t deliver the madness - because he does - I’m saying I’ve seen him deliver equal madness in films where it wasn’t exactly called for. His particular brand of overacting is ideal for Mandy, but doesn't seem quite as insane when the rest of the film has caught up to the mania. Still, with the exception of H.I. McDunnough, there has never been a more perfect role for Nicolas Cage. 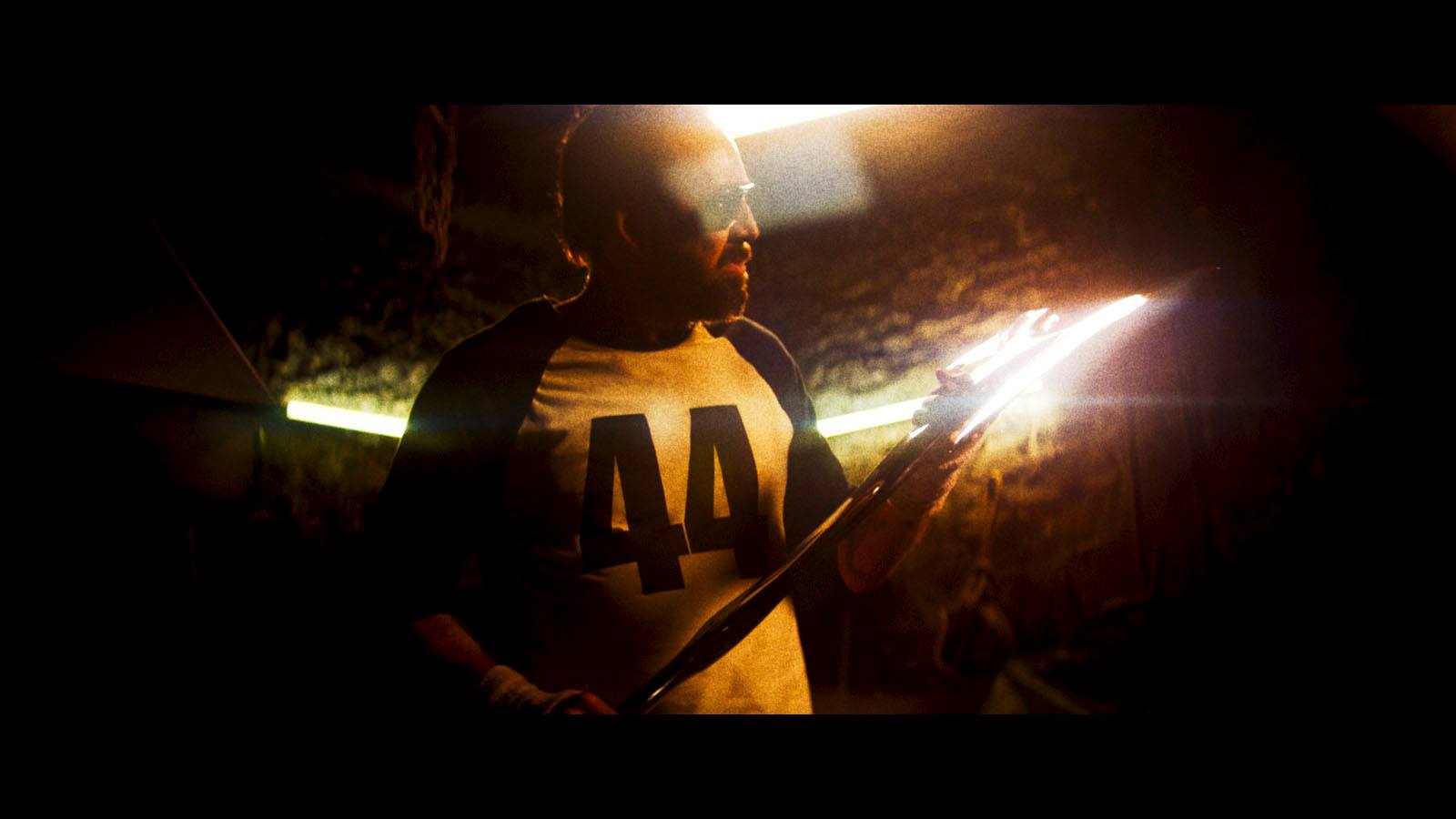 It’s a crazy movie. The color, the soundscape, the creatures, the cults, the acting, the violence, the comedy - it’s all nuts. It will not be enjoyed by all. It may not even be enjoyed by most, and that’s okay. When you throw this much at an audience, you can only expect so much to stick, and in some cases, you may miss the wall completely. I can’t tell anybody whether they’ll like Mandy or not, but I’ll leave you with a request. Don’t go in expecting coherency. Go in expecting an experience. Let the whole demented thing wash over you and see where you wind up.

Mandy is now playing at GRAIL MOVIEHOUSE in Asheville.