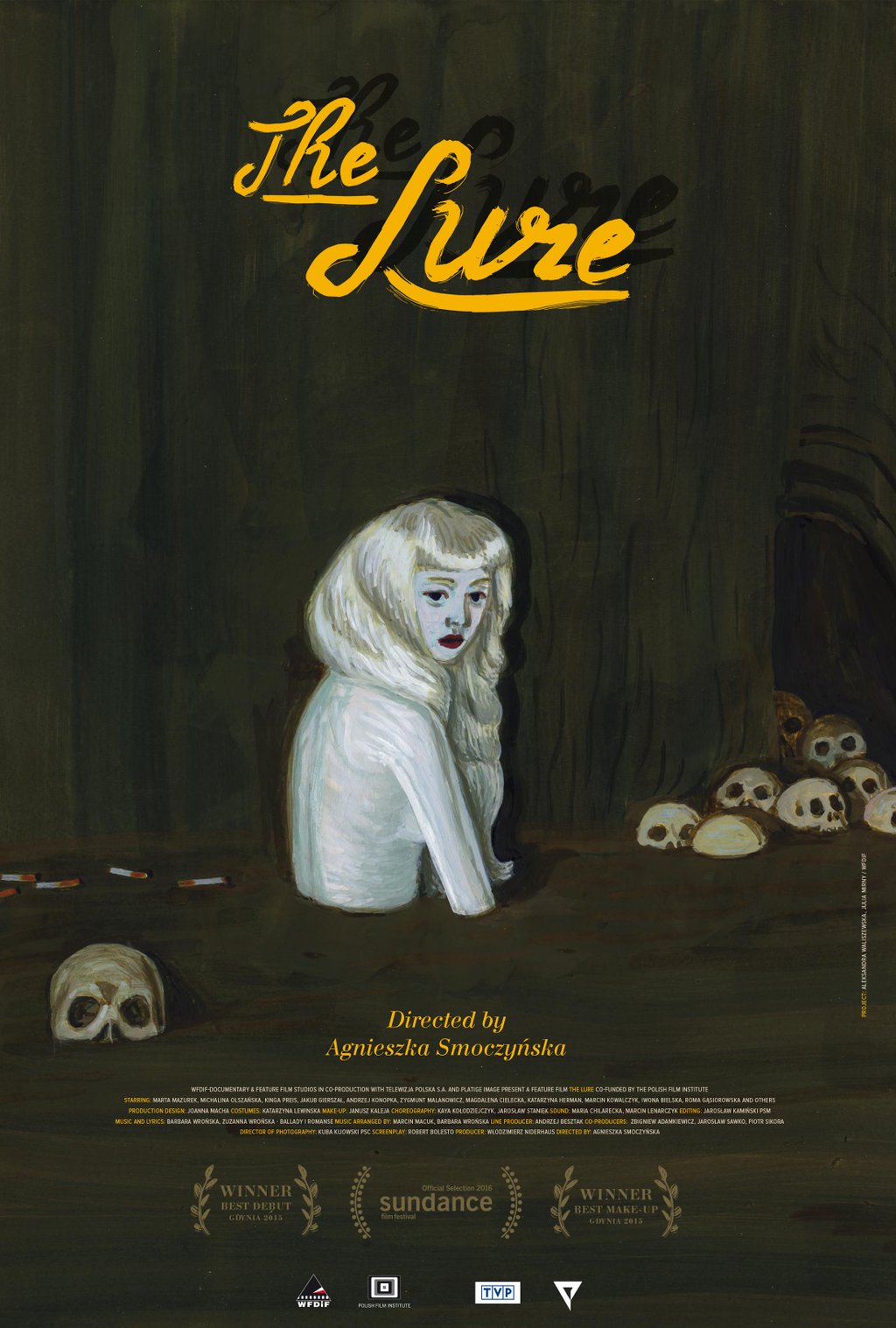 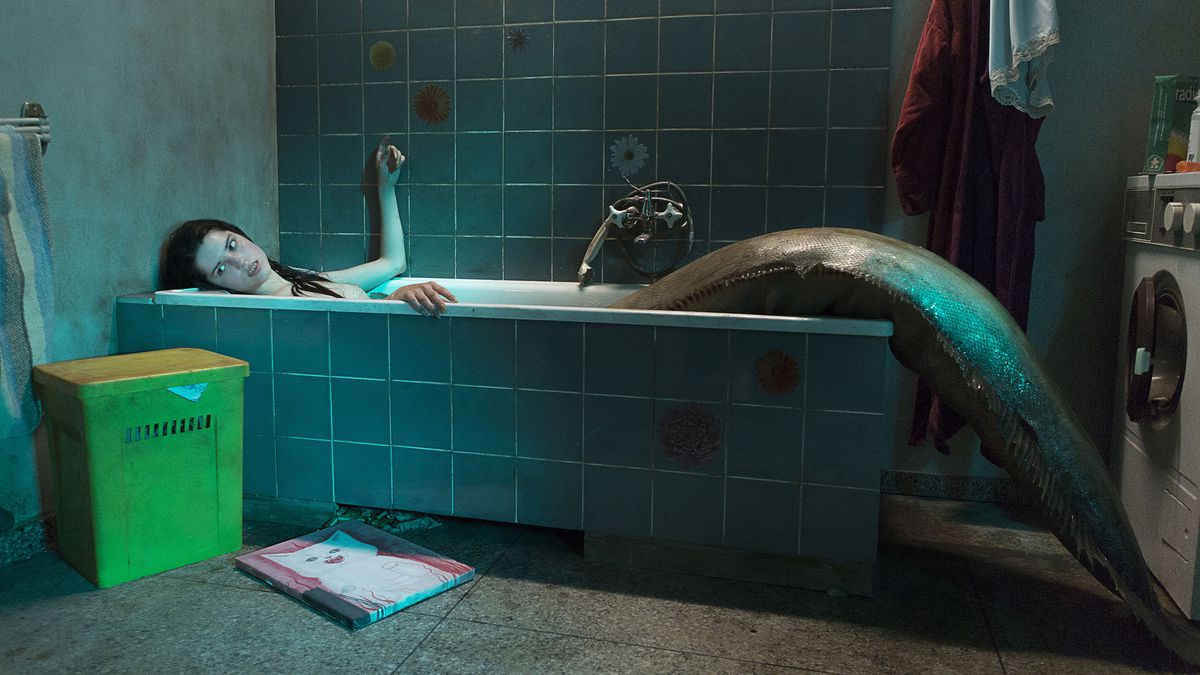 One night, while hanging out by the beach, two teenage mermaids encounter what turns out to be the house band for a sleazy Polish night club. The mermaids, Golden (Michalina Olszańska) and Silver (Marta Mazurek), are taken back to the club and introduced to the owner, who is naturally captivated by them. You see, when their legs are kept dry, they can walk around like regular people (save for that they’re like Barbie dolls below the waist), but once wet, their big floppy fish tails re-appear—kind of like in Splash (1984). As we all know, Polish club owners love that sort of thing. They are quickly made part of the act, and, of course, become instant sensations. All is well until rivalries are formed, and goals are readjusted. Oh, and did I mention that they also like to eat people? Well, they also like to eat people.

It’s a wild premise, and one that I must admit I was excited about. There’s a lot that could have been done with that set-up, but unfortunately, the whole thing fell a bit flat.

First, the good. The Lure looks great. The saturated pinks and greens of the nightclub give the film a surreal and dreamlike sense that is hard to shake. Couple that with the fact that this is one of the oddest nightclubs I can recall on film (it’s chock-full of David Lynch-like weirdos dancing in slow motion), and you’re on your way to nightmarish without even getting to the flesh-eating monster part yet.

The film’s mermaid protagonists spend most of their time in their human forms (feet and all), but it’s when they revert to their true form (tails, fangs, etc.) that things get exciting. The effects are well done and should be praised. The giant, slimy, wet fish tails look great, as does the teenage Count Orlok look that was achieved to accentuate the more murderous tendencies of the gals.

This was my favorite part of the movie, to be honest. While the giant tails certainly highlight the “otherness” of the characters, nothing works quite like good old fashioned vampirism, and what better way to depict that than to go straight to the cinematic source—Max Schreck in Nosferatu (1922). It’s creepy as hell, and that it looks completely out of place amongst the backdrop of the film makes it even more effective. There are some elements of sympathy, especially with Mazurek’s Silver, that are more akin to Klaus Kinski’s portrayal of the fiend (Nosferatu the Vampyre, 1979), but I digress. I’m resisting the urge to go on and on about this unexpected, but very welcome (albeit small) aspect of the film, so I’ll stop there.

Now for the bad. The film is all over the place. From a narrative standpoint, at times there is very little to hold on to. Entire scenes and characters seem to exist for no reason, or at least very little reason. There are elements present that have no bearing whatsoever on the plot—which is troublesome because I kept trying to fit them in, but gave up when it became clear that they weren’t going to fit in anywhere. It’s bad news if your audience gives up like that. It’s kind of the opposite of what you want.

The scattered narrative is one thing, but I found all the characters (minus the mermaids) to be completely void of likability. Ordinarily, this might have been fine—movies full of disreputable and unsavory characters don’t necessarily bother me—but we are expected to believe that Silver (who’s no fool) has fallen in love with one of these unlikable sorts. I had trouble with figuring out just why she cared about this little slime ball at all. I certainly agreed with Golden when she told Silver to eat the twerp.

The whole film, in a nutshell, seems to me like David Lynch worship (if he made a cannibal movie) gone bad. As I mentioned earlier, there are some Lynchian elements that worked, and I suspect that the “stream of consciousness” and “dreamlike” aspects that didn’t work here were the direct effect of his influence. Even the music and songs, which weren’t half bad, sounded straight out of T.V.’s Twin Peaks (1990-1991) or Mulholland Drive (2001). It was a decent enough attempt, but it ended up short of the mark.