Lucius and Her Marigold @ The Mothlight

Lucius and Her Marigold @ The Mothlight 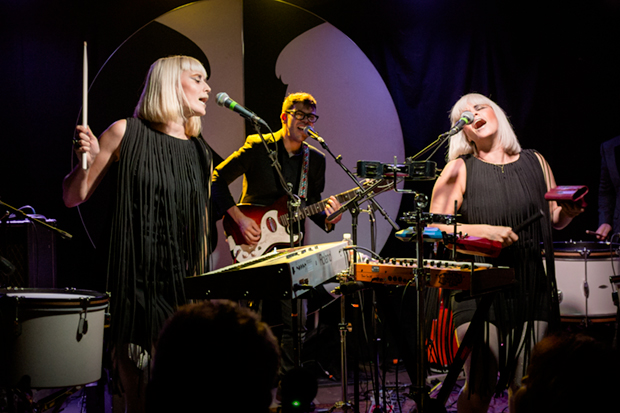 Lucius, of Brooklyn, and Her Marigold, from Asheville, played a sold out show this Saturday at The Mothlight.

For Lucius, whose debut album Wildewoman was released in October of last year, this was their first headlining show in Asheville. (They were here back in May, opening for Tegan and Sara at The Orange Peel). Perhaps riding on a wave of popularity after economist Paul Krugman talked up their live show (his blog post was my introduction to the band!), they played their drum-heavy pop/disco hybrid to a packed crowd of fans, and for the encore they set up a microphone in the middle of the crowd and serenaded the audience.

Check out Lucius's Tiny Desk Concert on NPR, or better yet, check out this video of the first half of their set at The Mothlight, from Allan Young's YouTube channel: