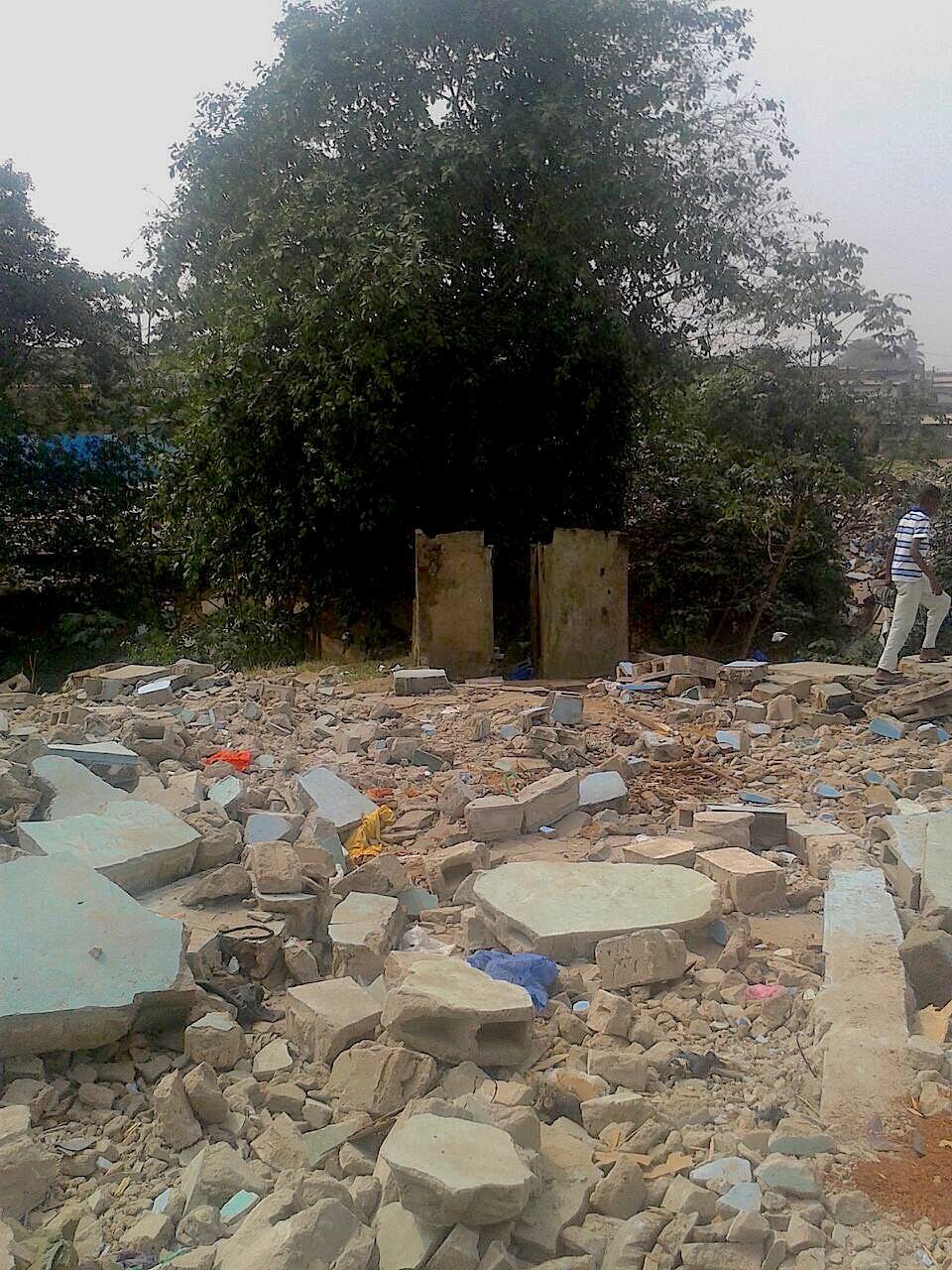 Human Rights Violation in West African City, Home to Local Asheville Musician Adama Dembele
Adama Dembele is a 33rd generation musician from Ivory Coast, West Africa, who resides in Asheville, NC. On January 12, 2015, the Ivory Coast government demolished his home and many others in Abobo, Ivory Coast, a city of 1.5 million people. The reason given for this demolition was that the ground was eroding and unsafe, a fact that is common in this part of the country with very little infrastructure. But hundreds of people were pushed out of their homes with one week’s notice and given no temporary housing, shelter, or monetary compensation. Many families and children are now living on the streets. Government officials have told people that “they are on a list,” but haven’t said where or when they will rebuild their homes, or even if they will rebuild.
The Dembele family residence, including the Djembeso Drum & Dance Education Center, was a place for people of all ages to study drumming, dance, and learn about West African culture. Local Asheville musicians have traveled to study there, including members of Zansa and Toubab Krewe, as well as hundreds of others from around the world. The Dembele household has been a link between Asheville and West Africa for over a decade. The residence had been in the Dembele family for more than 70 years. It was a haven for locals to get off the streets and learn the music and history of their people.
It is likely that the national media hasn’t picked up this story because the people in this impoverished area of Abobo have little to no access to modern technology and thus no way to speak up. Members of Zansa and other supporters of Asheville’s West African community are speaking out against this human rights violation with the hope that word will spread. The government should be held accountable.
HERE'S HOW YOU CAN HELP
To help raise funds for the Dembele family to rebuild their home and music center, a Soumu is being held in Asheville on February 19, which is a celebration of West African music, dance, food, and culture.
The event will be held at New Mountain, and a portion of the proceeds will go to help the Dembele family rebuild their home and music center. Zansa performs, along with Diali Cissokho & Kaira Ba, La'Ney African Dance Troupe, as well as African food by Chef Soce, a kids area by Stu Helm, and more. Sponsored by LEAF International.
Tickets available here: www.ashevillesoumu.com