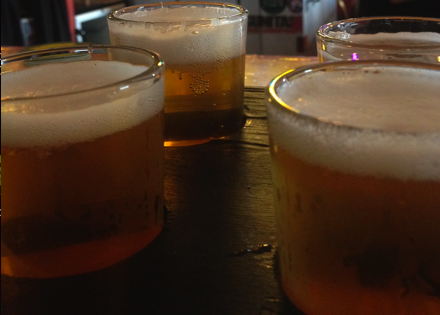 I’m off work on the last Friday in May, a hot and muggy one, and I’m upstairs in the Thirsty Monk with a flight of four brews from Fonta Flora Brewery, Morganton’s newest producer of quality suds. It’s the third annual Asheville Beer Week, a weeklong celebration of all things beer, and the Fonta Flora guys have brought 10 of their brews to town for the first time.
My flight’s four brews: Noda Haulin’ Oats, Appalachian Ramp Table, Mega Flora, and Saltasaurus Brett (tagline: “Don’t fear the funk”). Would you have any idea what to expect with those names? Except for salt(asaurus)? Flowers? Oats. OK, yeah, I get oats. 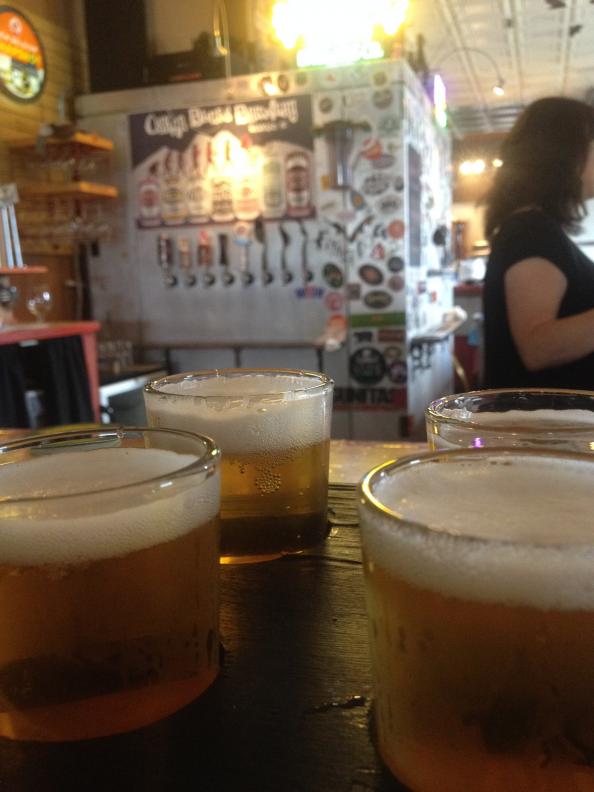 My options, according to the brewery’s website, were “striving to create a totally unique North Carolina/Appalachian style of beer.” How do you put the mountains into a beverage? I quickly found out. As an amateur beer drinker but a lifelong mountain guy, I’d say they succeeded.
Fonta Flora uses almost exclusively North Carolina products to brew its crafts, with the intention of creating a beer (or a few) that represent the Appalachian mountains of North Carolina.  It was steamy inside the Thirsty Monk (with front door and glass partition open!), but I might as well have been drinking a crisp breeze from the top of Grandfather Mountain.
Fonta Flora’s selection will be at the Thirsty Monk until closing on Friday, and Asheville Beer Week concludes on Saturday with the Beer City Festival in Pack Square Park. Tickets are $50 for great music, happy people, and of course, the best beer around.
For more info on Asheville Beer Week, visit: http://ashevillebeerweek.com/