LAUNCH OF A GROUP STORYTELLING PROJECT TO UN-SEGREATE US

LAUNCH OF A GROUP STORYTELLING PROJECT TO UN-SEGREATE US 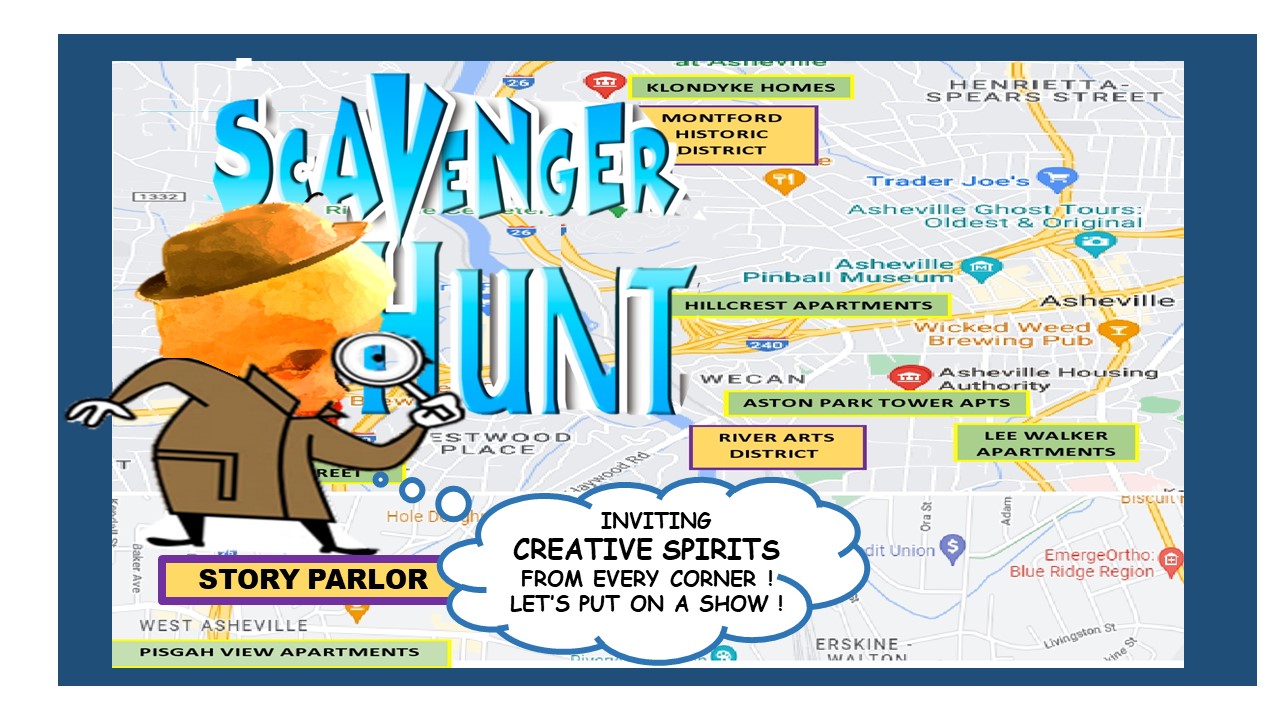 Sunday, November 6, 1-4pm
Story Parlor, 227 Haywood Road   (828) 367-9377
Free - Donations Accepted
Take part in an interactive introduction to the ‘BILLIE’S SONG, AN URBAN FAIRY TALE’ Theatrical Readings Project being planned for Spring 2023.  Aimed at beginners wishing for a stage to shine on (or behind), there will be a scriptwriting lesson and mock auditions from the original feature screenplay.  Led by Trayce Gardner (Writer/Teacher/Guerilla Filmmaker/Community Organizer and recent refugee from Brooklyn, NY).  More details on the proposed 2023 Theatrical Readings can be found here

The synopsis: Billie, a struggling working-class Black actress estranged from her family, becomes involved with Benjamin, an emotionally conflicted wealthy white man angling to secure a leadership position he has on a probationary basis. Initially, Billie and Ben amuse, then need and support each other. But the differences in their communities—and the personal demons they don’t reveal to each other—eventually put them up against each other in a potentially violent fight for survival.

“I think the script is wonderfully written, well-paced, fun, and serious without taking itself seriously. I especially love the ending!"

The theatrical readings: The script has half Black characters and half White (with a few roles that can be other). For the Spring 2023 theatrical readings, the plan is to reach out to diverse neighborhoods in a target area of Asheville to recruit a cast and pull a creative team together. Actors will be able to be on book (hold scripts), with blocking, wardrobe, props, and set pieces all obtained in a community scavenger hunt, or created by community members. The goal will be to rotate performance locations, from an art gallery to a church to a public housing community center to a storefront business, to draw-in people who wouldn’t normally turn out together.