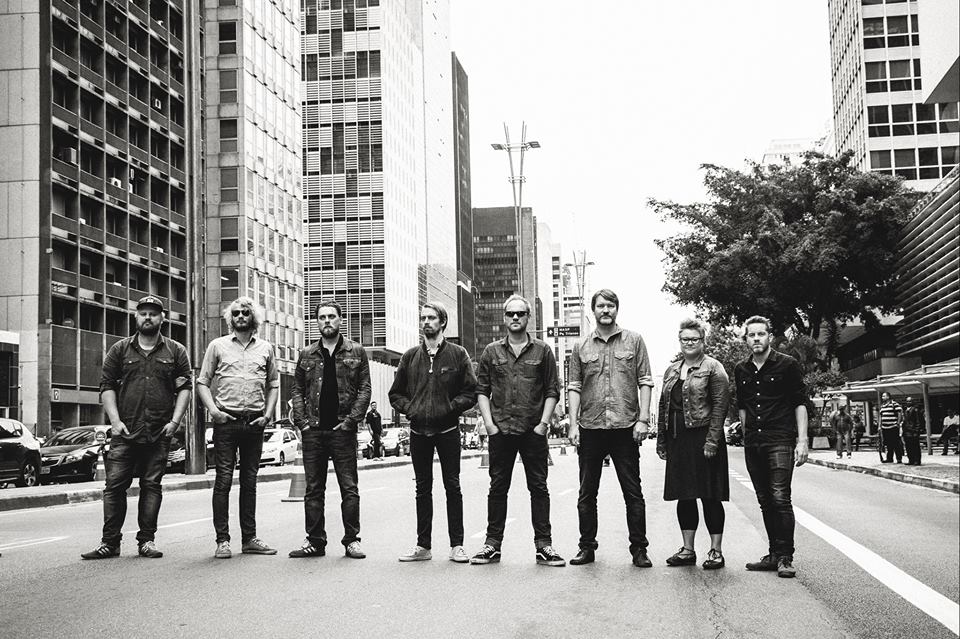 Ultimately unclassifiable, their music, which has been alternately regarded as nu jazz, acid jazz, electronica, and post-rock, is infectious. Characterized by the creative melding of sounds across genres, performances are energetic, virtuosic, and not to be missed. The group just released their seventh album, Starfire, this year on the Ninja Tune label, and this tour is a celebration of their sound. Band members play a wide range of instruments from the glockenspiel to the lap steel guitar, constantly defying expectations to bring together elements of jazz, classical, hip hop, and electronic music in new and endlessly innovative combinations.

Jaga Jazzist formed in the mid-1990’s, and the band’s evolution over the last twenty years led to Starfire, a psychedelia-infused record that pulls inspiration from the rhythms of the cosmos. Starfire’s sound is an expansion of Jaga Jazzists’s signature style, which songwriter and founding member Lars Horntveth began exploring at the tender age of 14. The band cites influences that run the gamut, from John Coltrane to Squarepusher, and their music reflects all of these inspirations while allowing a sound to emerge that is unique and organic, effortlessly blending instrumentation and melody with experimentation. The music ultimately doesn’t conform to a single style or genre, and so much the better. Rather, Jaga Jazzist’s willingness to break through boundaries is what makes their albums—and their shows—so energetic and unforgettable. Although the 9-piece band has shifted in terms of its membership over the years, the heart of the music is the same. It’s expansive, boldly inventive, and complex without being inaccessible. There are, perhaps, too few opportunities to see an ensemble of this size on stage—don’t miss the opportunity to get in on the action.

Jaga Jazzist is joined by opening acts Among Savages and DJ Heira. Among Savages is Peter Barbee, whose sound, on his album Wanderings of an Illustrative Mond has garnered comparisons to Thom Yorke and Bon Iver, and which pulls from influences including the blues, gospel, and even disco. A native of Tennessee, Barbee is currently an indispensable member of the thriving Nashville indie music scene. Local producer Heira (Arieh Samson) is revving things up earlier in the evening.