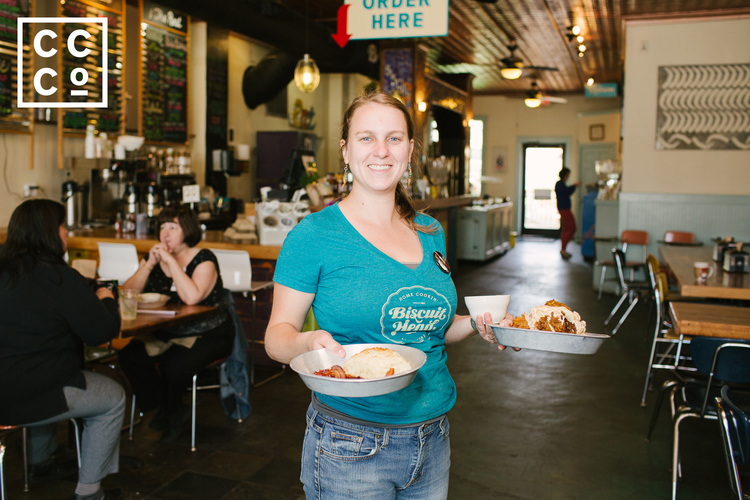 Going out to eat is normally a social, collective experience. Family and friends dine out to celebrate a birthday, or a holiday, or just to enjoy a great meal together.

On April 30, eating out at one of the over 100 area restaurants will be even more special than usual. Throughout seven counties of Western North Carolina, participating restaurants will be donating 20 percent of their profits from the day to the Western North Carolina AIDS Project for Dining Out For Life, says Jesse Vest, special events coordinator of WNCAP. It is their largest fundraiser of the year.

“Between 50 and 60 of the 110 participating restaurants are in Asheville,” Vest says.

The event, which is held annually in 55 cities in the United States and Canada, is in its thirteenth year of partnership with WNCAP, Vest says, and only one organization in each participating city can be the beneficiary of Dining Out For Life each year.

Harry Brown, Volunteer Events Chair of WNCAP, has been a part of the organization’s campaign with Dining Out For Life since the beginning. Before he moved to the area from Atlanta, Brown says, the organization wasn’t taking advantage of the event’s potential.

“I remembered it being so successful in Atlanta,” he says, “so with all of the great food here I thought it had to be worthwhile to try it.”

Every year, Brown says his goal has been to make one more dollar than WNCAP did than the previous event. In 2014, Dining Out For Life raised $176,000.

The organization has been fortunate enough to have Prestige Subaru as a local sponsor and Subaru of America as an international sponsor of Dining Out For Life for a number of years. This year, the campaign stepped up its game to include celebrity activist partners, Vest says.

“Mondo Guerra from Project Runway agreed to shoot a promotional video in Asheville with Subaru, so that was really cool to have him out here showing his support,” she says.

Guerra worked with Prestige Subaru’s marketing director, Anthony Pelle, to put together the video for this year’s Dining Out For Life and disseminate it to promote the event among the Western North Carolina counties.

“With more than 100 local restaurants participating,” Pelle says, “it’s easy enough to go grab some great local eats while helping out a great cause in the process.”

As far as event participation goes, applications for ambassadors are still rolling, Brown says. Ambassadors are volunteers that take one meal shift at a participating restaurant, armed with promotional and informational materials, and make sure every diner, potential or actual, knows why they’re there and exactly what they’re doing for others just by eating out that day.

This year, Vest says, WNCAP is already up to 250 plus volunteers.

“It’s really a win-win, for both WNCAP and the restaurants,” she says. “It’s incredible, the community support we receive each year.”

Out of all the participating cities, Brown says WNCAP was number one out of five organizations in revenue generated during Dining Out For Life last year, beating out Atlanta, Brown’s former home.

“I’m confident we can keep this up,” Brown says. “The generosity of Western North Carolinians is incredible.”

Even for UNCA students, plenty of restaurants will be participating right off campus, including The Hop, Urban Burrito, and Rise ‘n Shine Café, just to name a few, Vest says.

So on April 30, friends and family are invited to go out for breakfast, lunch, and, or dinner and be as social, connected, and as generous as possible all while enjoying wonderful food and drink for a worthy cause.