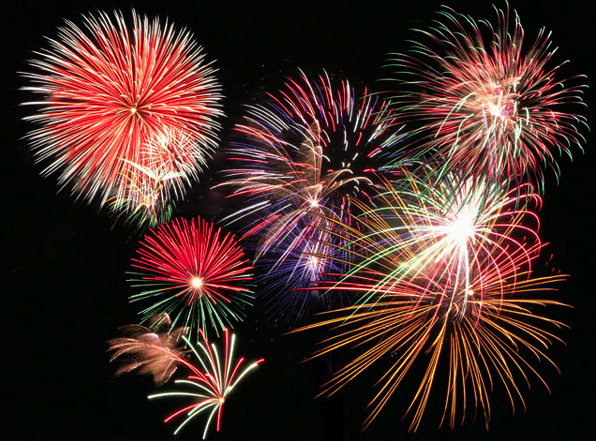 The Asheville Downtown Association will host the Ingles Independence Day Celebration on Friday, July 4 from 2-10pm at Pack Square Park in downtown Asheville. The free event features family activities throughout the day, with a fireworks extravaganza capping off the event at 9:30pm.
The event will mark the official unveiling of the Pack Square Park Canopy. The Asheville Downtown Association Foundation led the fundraising campaign to install the canopy with support from The Chaddick Foundation, Mission Health, McKibbon Hotel Group, the Roger and Pat McGuire Fund for Western North Carolina, Dewey Property Advisors and the Buncombe County Tourism Development Authority.
The Ultimate Air Dogs return to Asheville for the 4th of July event. Competitions will take place at 2pm, 4pm and 6pm, with the finals at 7:30pm. Learn more about the Ultimate Air Dogs at ultimateairdogs.com.
Bouncy houses and children’s activities provided by United Way, and LEAF Community Arts will keep the kids happy and busy from 2-6pm. A $2 wristband allows kids to jump, bounce and race as many times as they’d like.
The Splashville Fountain will be on from 2-6pm as well for kids to cool off and splash about. Families are also welcome to picnic on Roger McGuire Green during the afternoon.
Stage entertainment kicks off at 4pm with family friendly band, Lunch Money, bringing the indie rock experience to family audiences with an energetic, musical salute to the stuff of childhood: blowing bubbles, pushing buttons, going to the library and getting dizzy.
Next up is local, country music up-and-comer, Joe Lasher Jr. While just 17, Lasher’s voice and musicianship are that of a seasoned veteran. His Southern country rock sound draws inspiration from mainstream country to classic rock.
Headlining the Ingles Independence Day Celebration is rockabilly legend, Junior Brown. Brown invented his signature instrument, the double-neck guitar or has he calls it the “guit steel,” a hybrid of an electric guitar and lap steel guitar. His sound features something for everyone, from honky-tonk to surf rock, blues to Western swing.
With nine studio albums under his belt, Brown’s music has been featured in movies including Me, Myself and Irene and TV shows, SpongeBob SquarePants and Dukes of Hazzard, in which he also played the narrator.
Beer and wine will be available for purchase including local, regional and national brews. Water and soda will also be available for purchase. Complimentary filtered water will also be available from West Carolina Water Treatment.
Food vendors include: Avery’s Hot Dogs, Bubba’s Lemonade, D.O.G.S., Gypsy Queen Cuisine, The Hop, Kettle Corn, Lowdown Food Truck, Smash Box Mobile Kitchen, Sugar and Snow Gelato, and Sunshine Sammies.
No outside alcohol, pets or vending will be permitted. Parking is available in City of Asheville parking decks, on the street or in private lots.
This event would not be possible without the support of our sponsors: Ingles Markets, Harry’s on the Hill, The Brite Agency, Sierra Nevada Brewing Company, Budweiser of Asheville, Foothills Brewing, Bud Light, Renaissance Asheville Hotel, 105.9 The Mountain, 99.9 Kiss Country, Mix 96.5, Rock 105.1, Asheville Scene, The Laurel of Asheville, Go Minis, and Asheville Color & Imaging.
The Ingles Independence Day Celebration is a production of the Asheville Downtown Association, a nonprofit organization committed to the preservation and improvement of the central business district.
More information about the Ingles Independence Day Celebration and the Asheville Downtown Association can be found online at www.ashevilledowntown.org or by following through social media including Facebook (www.facebook.com/AshevilleDowntownAssociation) and Twitter (@AVLDowntown). 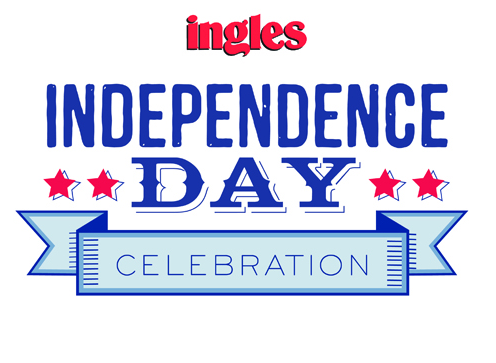