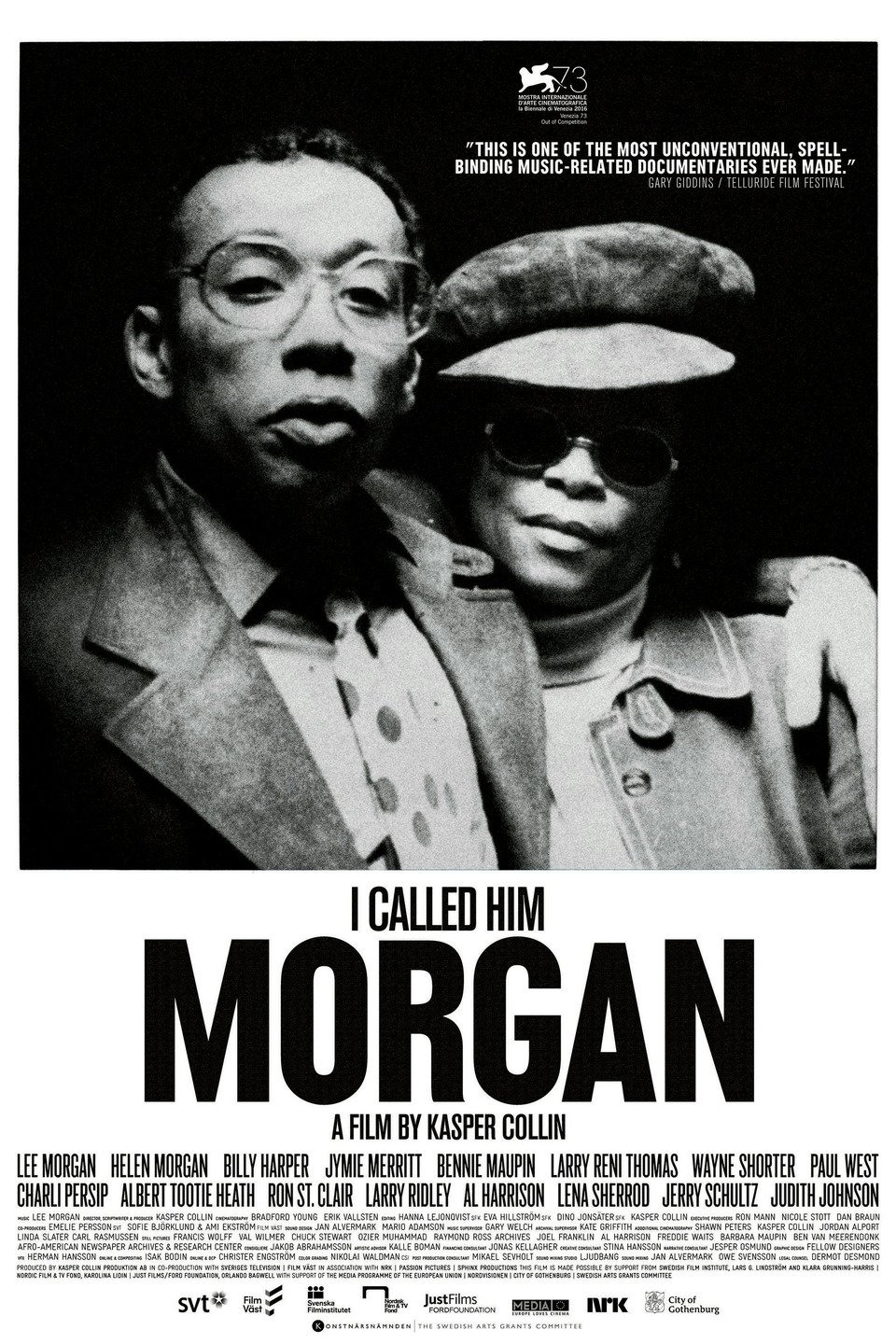 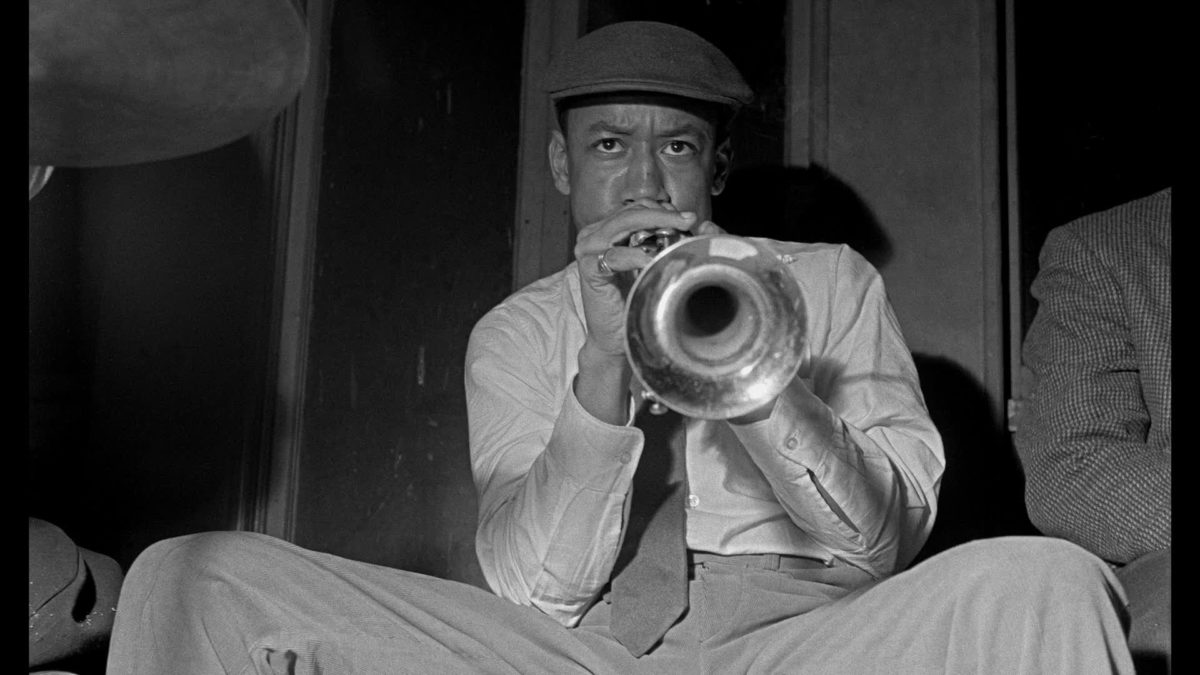 I Called Him Morgan isn’t a documentary about jazz per se—although that is the scene in which it’s set—but one about the life and the vibrancy of an era, second chances, and the possibility of forgiveness. Jazz is the backbone and the setting, yes, but you don’t have to know jazz to appreciate the story that’s being told. And though the film ends with a crime, it’s not a film about that crime either.

I know next to nothing about jazz music. I wish I did. As I grow older, I’ve found myself appreciating it more and more, both for the music, and for the stories that come along with it. It’s a complex and captivating world full of life, death, and a whole lot in between. Case in point: the story of gifted trumpeter, Lee Morgan, and the woman who saved his life, and later took it, Helen More. 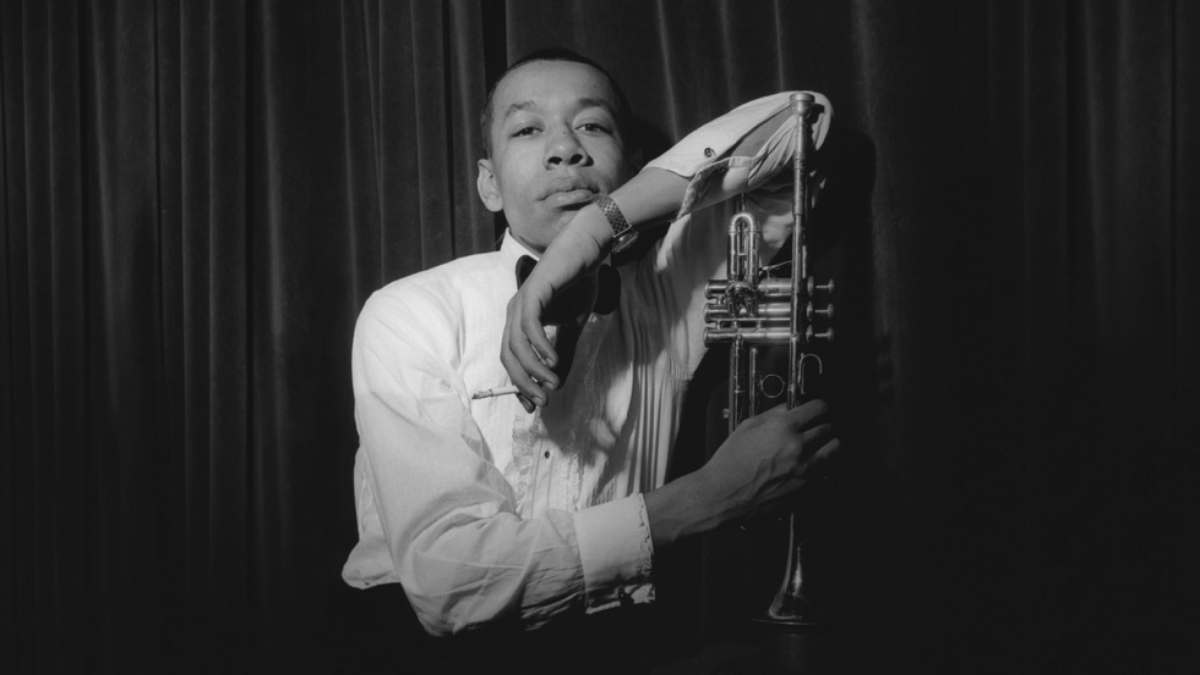 The film begins with a man by the name of Larry Reni Thomas, an adult educator in Wilmington, NC. He tells us that back in 1996, he had an elderly student who was somewhat famous in certain circles. He asks her if he could record an interview, and is eventually given permission. In this interview—recorded onto a cassette tape—Helen More tells of her relationship with Lee Morgan, how it began, and how it ended. It’s a haunting interview, and that she died the very next month only adds to the spectre of her words.

Her story is told parallel to Morgan’s. While she attempts to escape rural North Carolina, Morgan is an up and coming trumpeter in New York in the late 1950s. He’s got a whole lot of potential. At 18, he’s releasing albums and is in demand, playing with the likes of Dizzy Gillespie and Art Blakey. As he’s establishing himself as one of the finest players around, he’s also developing a heroin problem. He eventually gets himself fired from Blakey’s band and winds up pawning everything he owns for drug money, including his shoes and winter coat. It’s at this point that he runs across Helen.

By this time Helen, who had escaped the south some years earlier, has established herself in New York as a sort of den mother to the local jazz and bohemian scenes. She's known for her cooking and hospitality, often inviting artists and entertainers over to her apartment for meals and parties. She was well liked and respected throughout the scene.

Helen ends up taking Morgan in, and eventually helps him get off heroin. Their relationship grows into a romantic one, and the two seem inseparable. Once clean, Morgan is able to rekindle his dwindling music career, and gain back the respect he once had. It’s a rebirth for him, and with Helen acting as his manager and anchor, he’s able to have one hell of a second shot at life. For a time, anyway.

In February of 1972, Helen enters a jazz joint called Slug’s in New York, and fatally shoots Morgan in the chest. He likely would have survived had it not been for the blizzard raging outside, causing the ambulance to take over an hour to get there. He was 33 years old. 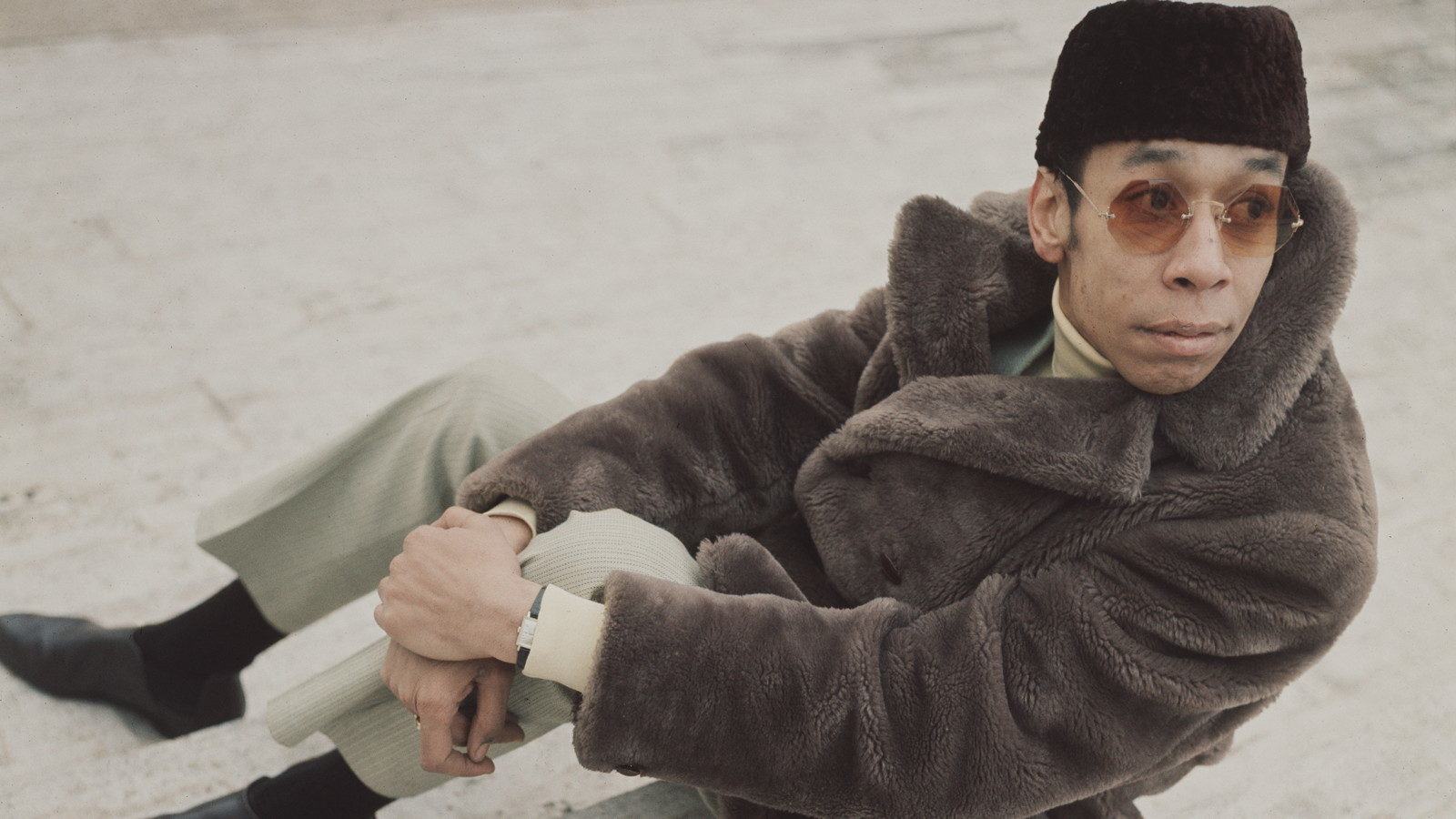 I’ve read varying accounts of just how clean Morgan remained after meeting Helen, and just how altruistic her motives were (there’s even theories that she killed her first husband, who she claims drowned), but all of that is beside the point. Wild, or maybe sometimes not so wild, theories about public and celebrity murders are always going to be a thing. It’s par for the course, but what Swedish jazz enthusiast and director Kasper Collin created isn’t a true crime film. It’s a story of two complex people who met, fell in love, and in doing so, developed a complex relationship. The eventual crime hangs over the film like a shadow, we know it's going to happen, but it's best to get to know and care for those involved first. Collin achieves this with ease, even making Helen sympathetic in the long run.

All told, I Called Him Morgan is one beautiful documentary. It has a wonderful mix of haunting interviews (the recordings from 1996) and thoughtful retrospection from some of jazz’s most respected players. It’s meticulously put together, and it shows. With cinematography help from the likes of Bradford Young—who shot both Arrival (2016) and Selma (2014)— you can expect a high level of visual finesse. The amazing archival footage (most of it photographs) manages to move and breathe with the help of Morgan’s amazing discography. Static shots of recording sessions, for example, are filled with a fervor and urgency that, no doubt, was felt in the moment, and we feel it too. Through these photos and music, we are transported to the 1960s jazz scene with more ease and believability than any biopic one could hope to produce. If one is made at some point, I sincerely hope that Bradford Young is kept on board. That way, at least it has a shot (I really like his stuff, in case you can’t tell). 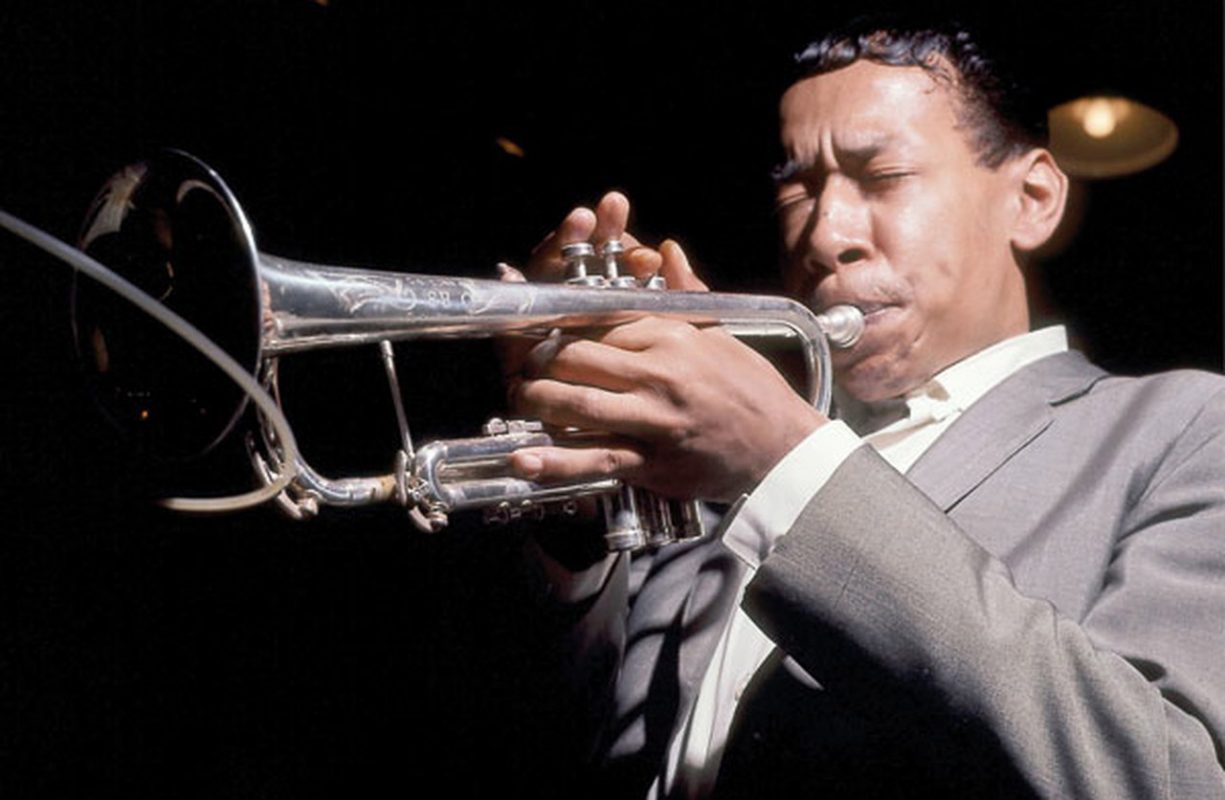 I Called Him Morgan is a documentary filled with life, right up to it’s final, tragic act. It moves fluidly through Morgan and Helen’s lives just like the music that makes up its backbone. If you’re anything like me, and don’t know the first thing about jazz, this film may offer a good starting point for you. It’s not nearly as in-depth as the multi-episode mini-series that Ken Burns put out a while back, but maybe easing into it is a better method of exploration anyway. I’m still learning, but I’ll tell you, I’ve been listening to Lee Morgan records on YouTube all morning, and they’re something else. It’s hard to argue with great music and a great story.

I Called Him Morgan opens Friday May 5, 2017 at Grail Moviehouse.