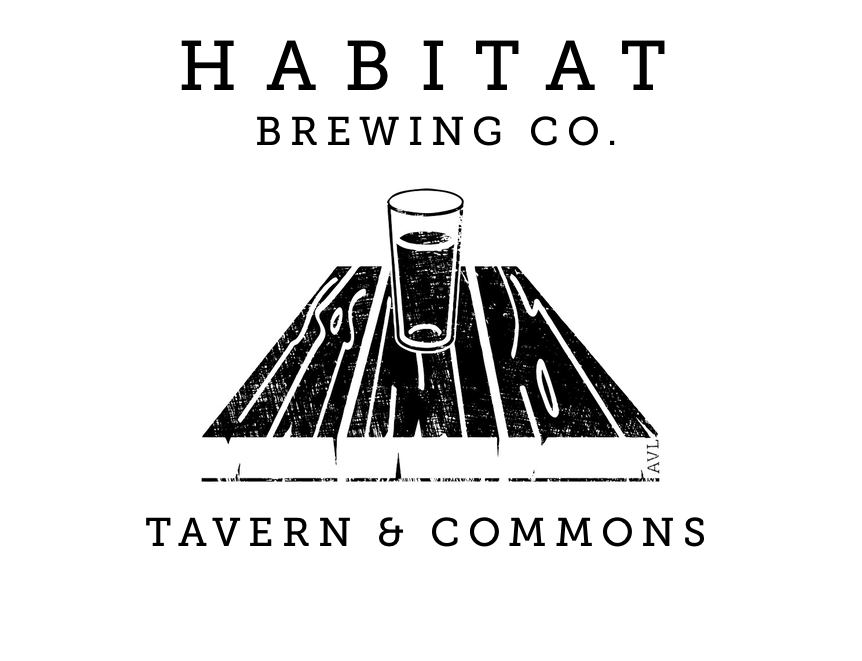 Though new on the Asheville craft beer scene, Habitat Brewing Company Tavern & Commons (174 Broadway) has already made a big impact with their community-oriented events, including their popular Pints with Professors series. Now, the establishment will celebrate another big achievement: Habitat will pour the first beers brewed in-house this coming Friday, February 24th. The Brewery's Grand Opening celebration will be held Friday and Saturday.

Habitat opened in November, when they began serving delicious draughts from local and regional breweries, as well as wine, kombucha, and Blue Blaze sodas. Now, their long-awaited brewery dreams are finally being realized. Habitat will launch their house ales this weekend. Offerings will be expanded to include a varied selection of Pales Ales, IPAs, and an ESB. Plans are also in the works for a Baltic Porter and Stout.

The weekend's events will include music from DJ Brandon Audette and Damion "Supaman" Smith on Friday starting at 7 pm. Saturday will feature live music from luminous singer-songwriter Jane Kramer with guest Eliza Sydney at 7 pm, followed by a DJ set from Jason Daniello at 10. The improv troupe Blacklist will also perform (at 9 pm). The Grubbery Food Truck will be dishing up delicious foodstuffs on Friday, and the Appalachian Chic Food Truck will be on hand Saturday.

The weekend celebration will happen from 5 to midnight both nights. Habitat will be closed on Thursday, February 23rd to prepare for the shenanigans.