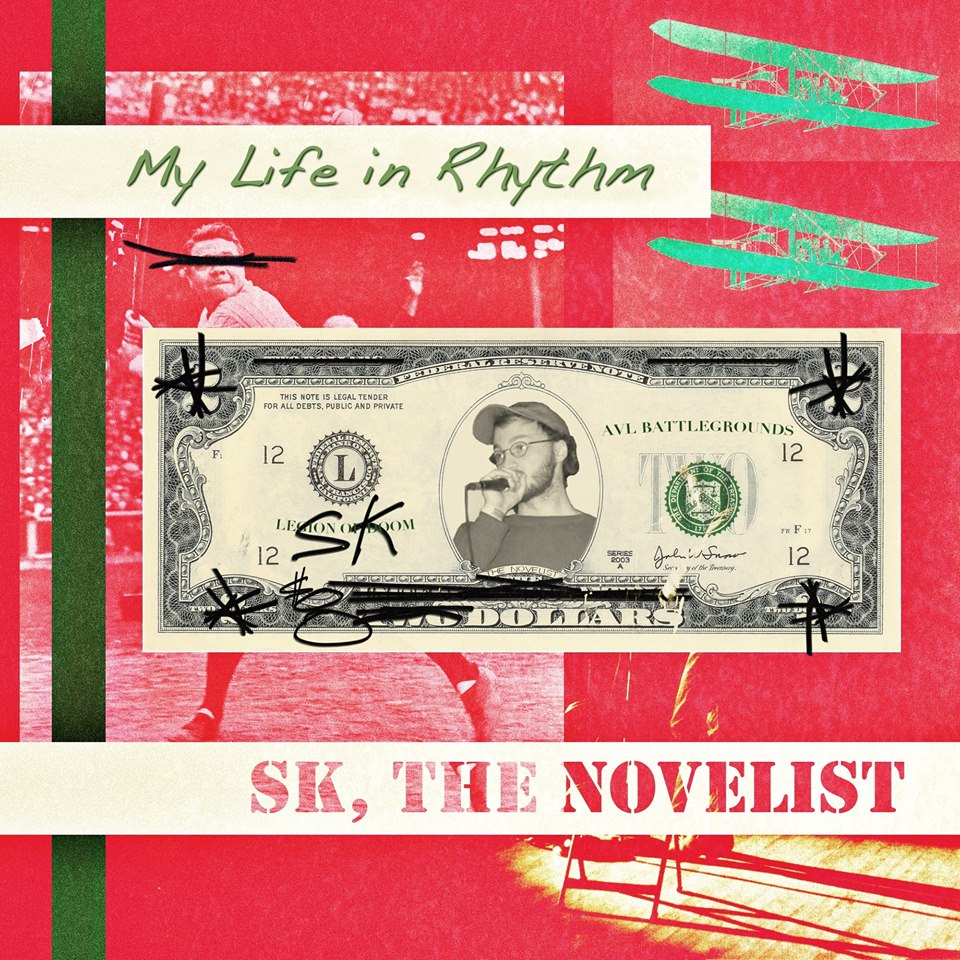 Welcome to the second installment of 'Grit Talk'.

This time we are sitting down with local Asheville Emcee "SK The Novelist". He has a new album for us entitled My Life in Rhythm and it's undeniably his best work to date. I have been looking forward to this moment since I first heard him back in 2014 when he dropped the music video for "Let the Trumpet Tell the Story," a breakout video in some ways for the young rapper that showcased his unique wit and vision. I'm glad to say he has refined his process even further since then and come back with one of Asheville's best rap albums of the year. Truly.

MX: In our conversations you have mentioned that both The Beatles and Jay-Z are inspirations of yours. So I must ask...

The White Album by The Beatles or The Black Album by Jay-Z?

SK: This is the hardest question right off the bat...If I was 15, still playing guitar every night going through my Beatles craze I would have said The White Album. But I'm a grown man now; I think The Black Album speaks to me more.

MX: While we are on the subject...they say when life gives you lemons, make lemonade. So if life gives you Lennons...Do you make Lennonade? If so what would it taste like?

MX: ...The correct answer was Beetlejuice, SK. I ask that you please take this interview seriously.

MX: Would you rather watch MC Escher Usher or Usher MC Escher?

SK: That is the ultimate question.

MX: As a 'Novelist' and writer please answer this next question honestly.

MX: I think you just did.

MX: Favorite year in music that you've lived through and why?

SK: My favorite year in music that I've lived through was probably 2014...J Cole's 2014 Forrest Hills Drive is one of the best albums ever. Then you also had These Days by Ab-Soul, Cilvia Demo by Isaiah Rashad, If There's a Hell Below by Black Milk, Run the Jewels 2, PRhyme, 36 Seasons by Ghostface, Under Pressure by Logic...such a good year. AH!!!

MX: Are you more Poe's Raven or Schrodinger's Cat?

MX: The new album My Life in Rhythm comes in at 14 tracks long. How many beats did you go through in the process of forming the new project?

SK: The album was originally 10 tracks, then I realized I had more that was coming out of my creative spirit in a short span of time and beats seemed to keep finding their way to me. Bandcamp is an excellent way to link up with producers actually; that's where many of my beats came from. Once you've found that producer who has 35 beats on Bandcamp with that message that says "Use any beat, Just give credit," the most intensive decision making part is actually deciding, "All right, which 2-3 beats of his am I gonna use out of this batch?"

MX: So then it'd be fair to say that you beat off a lot during the creation of this album?

SK: Yeah, I 'beat off' a lot during the making of this album.

MX: You're an honest man SK and I can't fault you for that. Let's bring this home.

MX: What are your personal favorite songs on My Life in Rhythm?

MX: And now the floor is yours SK. Please talk your grit.

SK: Be smart with this election. I won't be too political and tell you one candidate over another but research candidates and know who you are voting for. Our environment is in a dire state (we need to act NOW), race relations are obviously at a very elevated point and police brutality is out of control. The last thing we need is a circus act in office. Be smart and vote smart.

Cop SK's new album My Life in Rhythm at https://skthenovelist.bandcamp.com/ and let us know what you think.