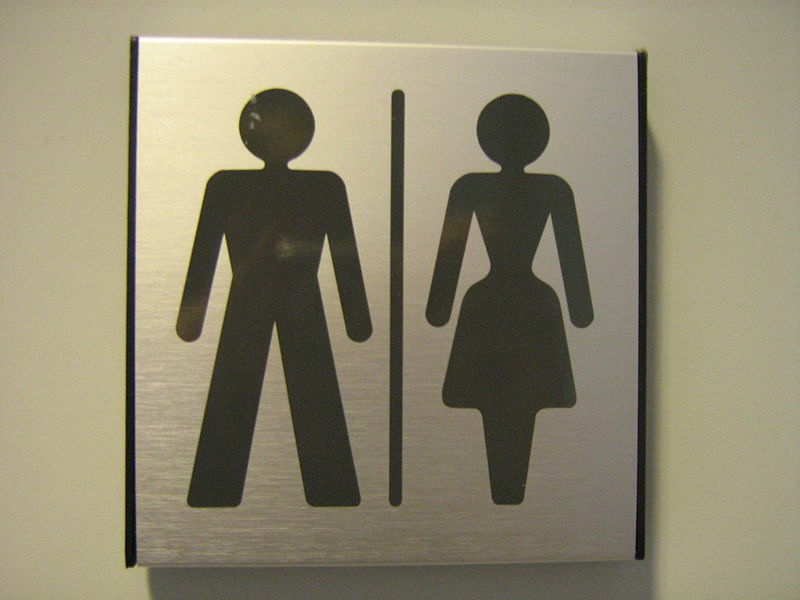 A few weeks back, I was blabbin’ about gender neutral bathrooms. After processing the information, the exchange, the ideas, and everything else I said very clearly, It is time to evolve.

Last Monday, Charlotte’s City Council voted (7-4) progressively to adopt protections for the lesbian, gay, bisexual, transgender and queer community (LGBTQ). If allowed to pass, it would mean Charlotte businesses would not be able to discriminate against gay, lesbian, or transgendered people. North Carolina Governor Pat McCrory plans to intervene and to block the LGBTQ nondiscrimination ordinance statewide, citing that the bathroom provision is overreaching. According to Pat McCrory, “They have passed a regulation, which is a pretty dramatic change in basic standards and values, that not only affects the city of Charlotte, but has an impact on other citizens, including the citizens I am elected to protect and defend [and] their privacy and public safety.”

Our governor makes the LGBTQ community almost sound like an alternative species, but they are people and citizens, many of whom are residents that he is obligated to acknowledge, protect and defend in his current position as governor. The North Carolina LGBTQ community deserves more respect and consideration from Governor Pat McCrory when it comes to the bathroom bill.

Throughout the interview, Governor McCrory was extremely dismissive and cynical when speaking on the ordinance, stating “I was stunned that the city of Charlotte was even considering an ordinance in which a person with a male anatomy could use a women’s restroom and locker room. I was thinking it was a Saturday Night Live skit. I mean really, is this really what we are discussing today?” I don’t know if the governor thought he was being comical or if he is really is as incompetent as he portrays himself to be. I strongly believe the latter. Yes, this is what we are discussing today. Not just in North Carolina--this bathroom bill is a hot topic all across the United States. While it is okay for our governor to have conservative values, it is not okay to be crude and flippant toward any group of law abiding citizens in North Carolina. He works for us.

When asked about his passion for the subject, he answered: “This is breaking a common sense standard that has been around a long long time, and it has nothing to do with discrimination. It has to do with basic common sense values and personal privacy.” Just because something has been around a long time doesn’t mean we should keep it forever. The governor failed to cite one case or even point that didn’t rest in his own fears. I expect more from our governor than his opinion before he magically transforms our democracy into a monarchy. He is supposed to make informed decisions. For example, he said it could be a potential public health issue. In June of 2015, Media Matters reached out to 17 different school districts who have been implementing protections prohibiting discrimination based on gender identity to see how their 600,000 students across 12 states were doing. There had not been one reported incident of harassment or inappropriate behavior over the years.

In addition, in my own experience as a woman, there are always stalls in women’s restrooms. Each woman, no matter her anatomy, can always maintain a level of privacy in the restroom. The truth is “Transgender people pose no special risk to others who are using a restroom,” according to the Transgender Law & Policy Institute. Furthermore, “Many transgender and gender variant people are denied equal treatment in public accommodations. We are asked to leave restaurants, hotels, stores, medical facilities, and educational institutions. No matter how you personally feel about the LGBTQ community’s choices, it is important to remember the words of Dr. Martin Luther King, Jr., “Injustice anywhere is a threat to justice everywhere”.

In the coming weeks, the bathroom bill will probably be blocked statewide. The sad part will be it’s based on the governor’s feelings, not because it is what is best for North Carolina or because it is the thing to do; it’s simply because some transphobe and his friends with too much power think it’s right. I am not a lesbian, bisexual, gay, transgender or queer woman. I am simply a woman who isn’t afraid to share a bathroom with women who are different from me. I am also a citizen of North Carolina, and my governor needs to evolve.