The Good, The Bad, and The Morally Ambiguous

The Good, The Bad, and The Morally Ambiguous 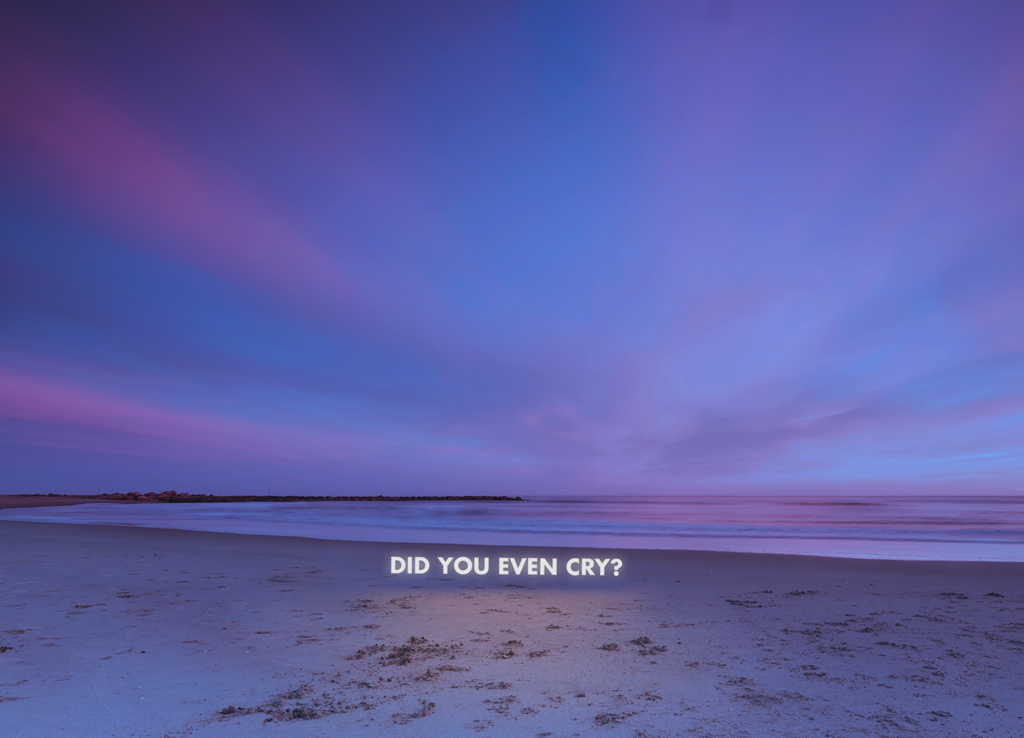 I had only met him that morning, so I didn’t feel special. I still had baby fat.  My phone plan had 200 texts a month on it. My underwear drawer was unwomanly and filled with pastel cotton granny panties my mother purchased for me in six packs. The weekend before I moved away for college, I went to Target alone, shoplifted two black lace thongs, and tucked them into the bottom of my suitcase. That first Friday night away, forever, I slipped into them and snapped the lace band against my hip three times. A spell for good luck. A charm for transformation. Please let me become someone else.

There were no posters on the wall. That was the only thing I could think about while we were kissing. He told me where he was from, and described, in fantastical terms, the camp in the mountains he worked at one summer. I imagined the forest he slept in at midnight as concession, a taste test for future intimacy. I thought it meant something. I wanted him to want me, but my body was cold to the touch. I couldn’t stop shivering. I didn’t know what my own desire felt like.

I don’t remember anything else he said that night. I do remember sitting cross-legged on the dorm bed in my black lace underwear and a T-shirt after it was over, silently eating mandarin oranges from a can that he’d given me.

The next morning in the cafeteria, he didn’t turn his head to look at me.

“Did you do something different with your hair?” my freshman seminar professor wanted to know. He had invited me to his office to discuss my first research paper, which he labeled as “smart.” My eyes skidded across his mahogany desk, which was littered with African artifacts, tattered Camus paperbacks, and prescription pill bottles.

“You.” A smile spread slowly across his face, a dessert plate of melted fat and loose jowls. “You will go far in this world.”

He confided in me about his depression, said he understood how alone I must feel off in the great world, away from Mommy and Daddy. I don’t remember anything else I said. I do remember him opening his office door for me, a gentleman to see me out, intoning, “Take your great hair out there into the world, and find a man who loves you for all the wrong reasons.”

My texts ran down to zero, and I let them stay there.

A piece of graffiti on the bathroom wall of a west Asheville coffee shop: every guy in America wants to stick it in your butt.

“I heard James Franco goes to contra night sometimes,”  I informed my best friend. We were laying on my bed smoking one evening in early spring. I’d become obsessed with the idea of contra dancing recently. I liked the idea of twirling through the weekend in a red silk skirt, strangers’ hands all over me. The air was damp and warm, smelling of flowers and the smoke we were blowing through a toilet paper roll choked with dryer sheets.

“Well if you see him there, be careful,” she warned.

“Why?!” I exclaimed as I broke into a fit of coughing. I loved James Franco for many things: his hair, movie-star good looks, the fact that he had an M.F.A. His writing sucked, but he was hot, and nothing turned me on like hot guys who couldn’t shut up about their shitty art on the Internet.

“If you get too wasted, he’s going to take you home and make you jerk him off while he reads his Obama poetry.”

“Which I would definitely do,” I murmured introspectively.

I smiled back like I wasn’t the butt of the joke, but I never went to contra night.

A piece of graffiti on the bathroom wall of a bar in Chapel Hill: feminist boys do it better.

Two long weeks ago, babe.net broke the Aziz Ansari story, and I laid on my bed and watched the light change. I've spent so many mornings-after on that bed, in a torpor as I try to process how I felt about what happened the night before. When I finished the article, I was angry, mostly because Aziz is supposed to be on our side. He did Master of None. He self-identifies as a feminist. And that damn story managed to ruin the one good and holy thing in life that keeps me going: mediocre, kinda-consensual sex with "woke" dudes. In college, I operated under the assumption that a man’s politics were a gauge of how respectful he would be of my person, both in and out of the bedroom. But that simply isn't true. I don’t know a single woman who hasn’t engaged in a sexual act with a cool, “chill” dude because it was the path of least resistance. I’ve done it, many times. Sometimes, you try to say no, and if someone doesn’t listen, it becomes less painful to acquiesce than argue. And unless I sit down and really think about it, I don’t consider this sad or even problematic. After all, it’s just bad sex, right?

My late teens and early 20s were marked by a darkly desperate, gnawing desire to be seen as sexy. The Internet told me that saying yes is empowering. Yes, I want to have sex with you, yes now. It felt good to be wanted. That’s why I stole the underwear, and went into bedrooms with boys that made me feel like shit about myself. Sometimes saying yes made me feel so terrible that I cried on my bathroom floor. Other times it was just … fine. You learn a lot when you never say no. Like boys who listen to Phish are more likely to pronounce it “cli-TOR-is,” for example, and that boys who love their moms always give the best orgasms. (This is because they love their moms.) Knowing that someone found me desirable helped sate the unsteady feeling that I had little to no ability to vocalize my wants or needs, both sexually and in general. I rarely felt like an active participant in my own sex life.  And then I would drive home as the sky reddened, wondering how it was possible to say yes and still feel used.

In church, we talked about how to dress so we wouldn’t become stumbling blocks. Middle school boys are, apparently, so sexually volatile that the mere sight of an exposed shoulder will cause them tumble into the chaos of sin and masturbating for hours. I didn’t understand why it was my responsibility to prevent my brothers in Christ from jerking it on the daily, but that’s just how God created us. The female body comes with a descriptive plaque and its own built-in comment section. Necklines should be four fingers below the collarbone. No strappy backs, halter tops, or backless shirts. Skirts: four slender fingers above the top of the knee cap. The first time I ever touched myself, I wrote a breathless account in my diary. And two weeks later, in a flush of shame and secrecy, I glued a magazine cut-out over the page and shoved the notebook in my closet. My body didn’t belong to me. It belonged to my brothers in Christ. It belonged to my mother, white cotton underwear. And later, it belonged to the boys I slept with. I wanted desperately to feel sexy, but for who? Certainly not for me. I watched myself through their eyes, dutifully cultivating emotional detachment and never noticing my own reactions in real time. Boys want girl who say yes. And yes was supposed to be empowering, so I never said no.

The majority of the conversations online surrounding the Aziz Ansari story revolve around which person possesses moral purity: Who’s right? Who’s wrong? Who misled who? Should we torch his career? Is “Grace” a whore? Which misses the point. The point is that this happens all the time - the alcohol, the ambiguity, feeling like you lost track of what was happening about five articles of clothing ago. I used to think that loss of control was the sign of a life well-lived, spontaneous and sexy, but I didn’t realize that there is a tremendous difference between spontaneous and feeling completely unable to control what happens to you.

So the real question becomes, how do we fix the fact that as women, we feel like we barely inhabit our own bodies? How can I see myself as a multi-dimensional human being instead of an object onto which concepts are projected? Concepts like “hot,” “butterface,” “angry,” “sexy,” “trashy,” or even “beautiful? Sure, maybe “Grace” should have been more assertive about what she was and wasn’t comfortable with. In a perfect world, that’s what she “should” have done. But guess what? It’s not a perfect world, and women are taught for their entire lives that their bodies do not belong to them. When you are not raised to verbalize what you want, or even how to think about what you want, the idea of “being assertive” feels impossible.

But sex is not the sole purpose of a body. And it took me a long time to realize that saying no is more empowering than saying yes.

Margaret Atwood: you are a woman with a man inside watching a woman. You are your own voyeur.

Sometimes, I am still 18 years old, sitting on his bed, eating mandarin oranges on his bed, unable to speak or breath. Please let me become someone else.