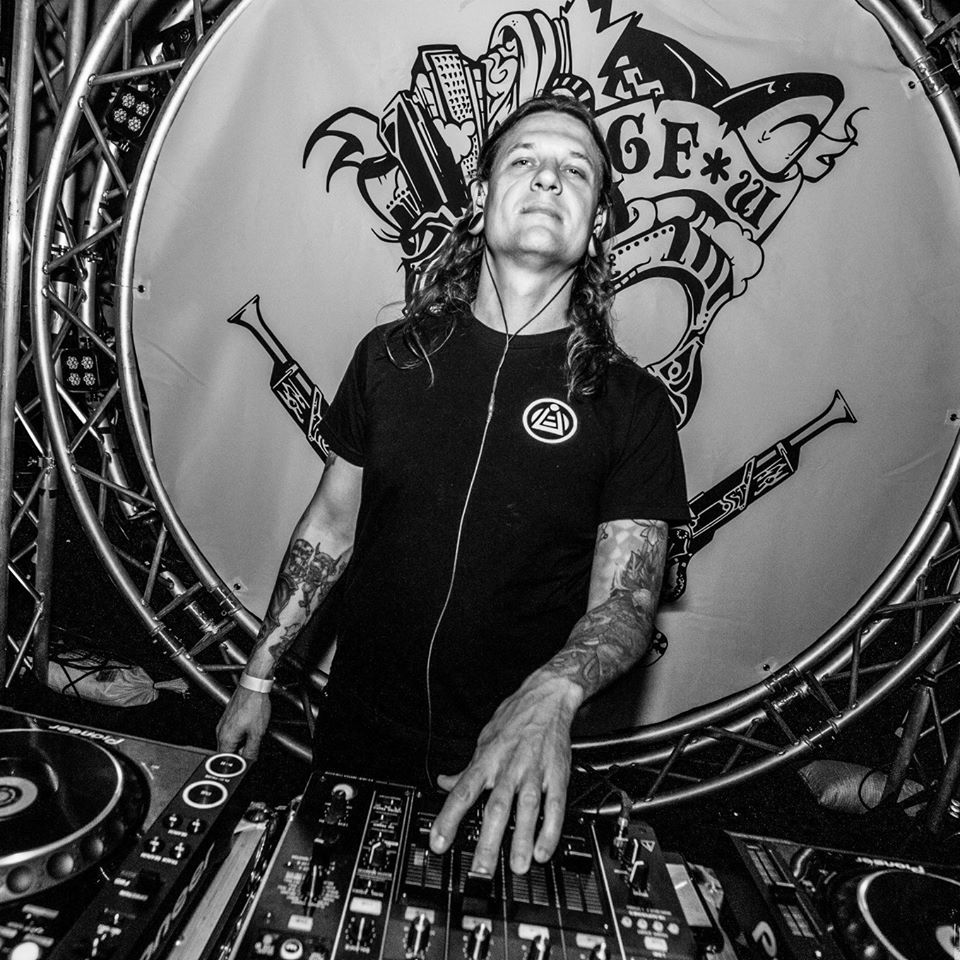 Q: Tell us about T.O.U.C.H. Samadhi. How did the collective come to be? Tell us a little bit about yourself.

A: T.O.U.C.H Samadhi came about in 2000 after the separation of U.T.T.A. Chaos. I started doing Psychedelic/Goa Trance parties in Winston-Salem during 1996-97, but it never really caught on there much. After I moved to Asheville, NC in 1998 everything changed. The Psytrance portal opened and the dancers understood the power of the music. After that our beautiful scene here was born.

I started out doing Industrial music in 1991 then quickly got involved in the rave scene in the NC triad area. Started DJing and throwing parties and haven’t stopped since. I just want people to have a safe place to dance and at least have half of the experience I did. Nothing has moved or engulfed me as much as Psychedelic Goa Trance. I now have five live acts - Annunaki, PulseWave, Visions, A Pale Void, and Kri Samadhi. You can check out my releases here.

Q. For those who don't already know, what is Goa/Psytrance? How would you describe it to someone who isn't familiar with the scene?

A: Goa Trance started in the early 90’s in Goa, India. After the rave scene was getting shut down in the UK lots of travelers headed to Goa, which was a global hippie hangout left over from the 60’s. The hippies, the electronic music, the mystical traditions of India collided, and Goa Trance was born. So we have a super high spiritual vibe mixed with electronic music. Through this scene, we have found new and potent ways to engage in spiritual exploration of the self. After 1998 the music transformed and became Psytrance, which is what we have today.

Q: Tell us a little bit about each of the producers/DJ's performing this Saturday night.

A: I met Goadream from the Texas Psy scene there in the early days. We have been good friends ever since. He has a phenomenal ear for great music and is a skilled DJ to say the least. He is one of the countries favorite Psy DJs.

Set started coming to our events over the past years [and] has been a big help in keeping the events going and getting people excited. He started DJing not long ago and picked it up fast and naturally. Always pleasing the crowds’ ears and hearts.

Kri (myself) plans to melt your face off with his Modular synth. 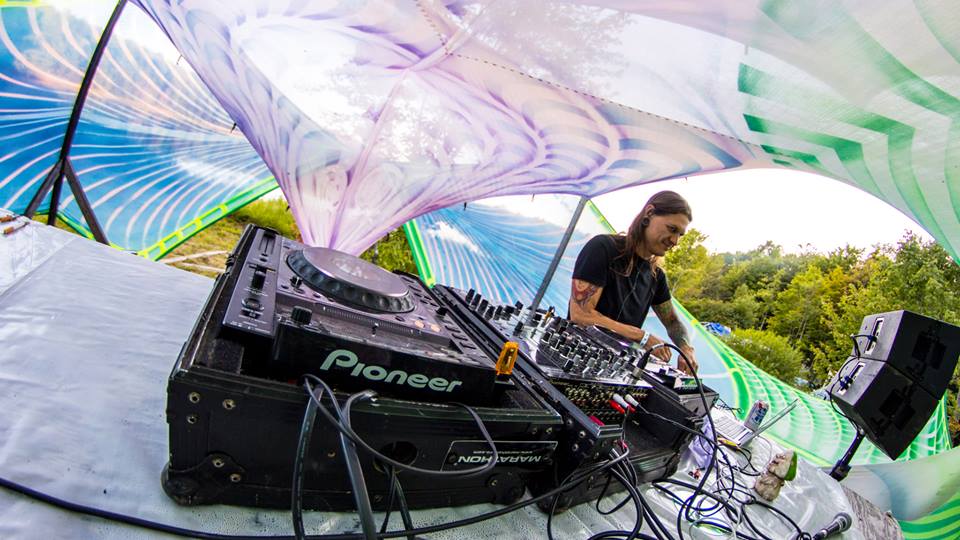 Here are some previous sets from the acts performing this Saturday night.

Q: What can we expect this Saturday night at Asheville Music Hall?

A: You can expect to meet some of the kindest and welcoming people who love to dance and have the time of their lives. We welcome anyone to come and share this experience with us. Plan to get lost in the magical sounds of Psychedelic Trance, find yourself, let go and enjoy non-stop dancing.

Join T.O.U.C.H. Samadhi this Saturday night at Asheville Music Hall for a night of Goa and Psy Trance with sets from Goadream, Kri, and Set. Doors are at 9pm and admission is only $10. This is an 18 and up event. You can also catch Trip-Hop duo Debrissa and The Bear King downstairs at The One Stop at Asheville Music Hall starting at 10pm (no cover, 21+ only). 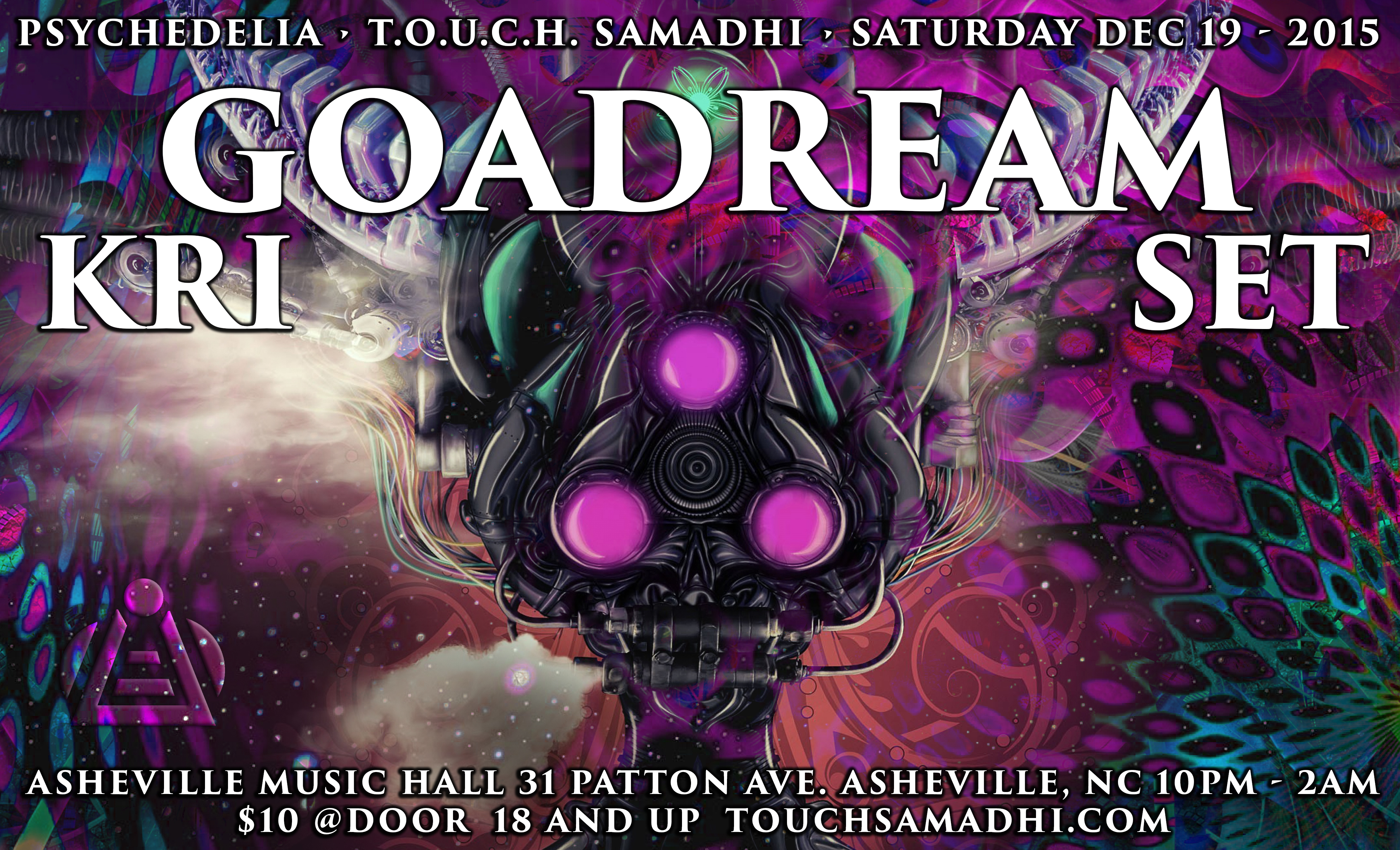