Get Ready for BaconFest 2014

Get Ready for BaconFest 2014 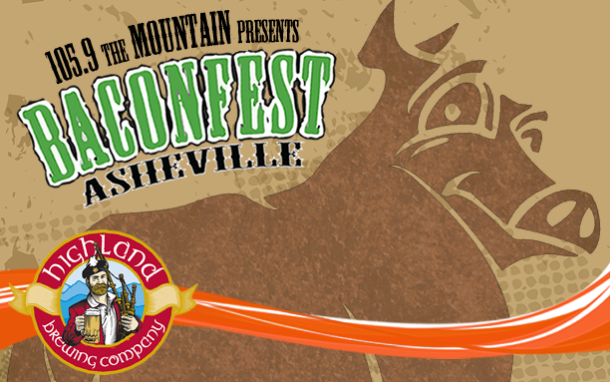 Tickets went on sale today for the 2nd Annual BaconFest put on by 105.9 the Mountain and held at Highland Brewery in the outdoor meadow. According to their press release, tickets sold out last year in less than 2 weeks, so you might want to secure yours soon if you want in on this bacon extravaganza. It all goes down on Saturday, August 30th from 1-4pm and it looks like there are a limited number of “early bird” General Admission tickets being sold for $10 with regular General Admission tickets going for $15. Children 9 and under are free but still require a ticket for entry. As if you needed an extra reason to throw down for an afternoon of bacon eating and beer drinking, a portion of the proceeds from all ticket sales go to benefit Blue Ridge Food Ventures.
For more information and to buy tickets, go to 105theMountain.com.
Participating restaurants:
Chop House, The Southern Kitchen & Bar, Bouchon, King James Public House, Lexington Avenue Brewery, Moe’s Original Bar-B-Que, Chop Shop Butchery, Dickey’s BBQ, Another Broken Egg, Take Out Riverside Grill at Hot Springs Resort & Spa, Barleycorn, Foggy Mountain Brew Pub, Creekside Taphouse, Strada Italiano, Korean House, the Potato Wedge, the Social, and more.