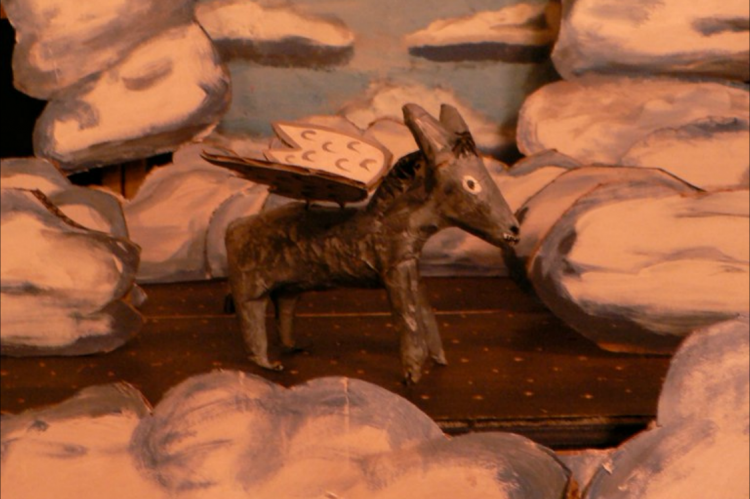 The blizzard of 2016 may have stopped Fringe Festival...but only for a moment. The dedicated performers staged snowball fights and pop-up performances throughout the weekend in various downtown locations, and now we've received word that two Fringe shows will be hosting a snow make-up day at Toy Boat Community Art Space on Sunday, January 31st, starting at 6:30 p.m.

The Fringe Puppet Showcase starts the evening off right with two pieces: Mr. Right Flag, A Passion (presented by Penelope Hillfrau) and Under the Hills (presented by West of Roan). The former is described as "a solo puppet drama about the zoo of life," and the latter is a dreamlike reimagining of traditional songs and folktales from Romania and Appalachia. You can check out the descriptions of each work on the original Fringe schedule. This show is appropriate for younger audiences as well.

The second performance is A Tonguey Kiss for Samuel Davidson, presented by Anam Cara Theatre. It's "an absurd and grotesque collage of humor, sound, movement, and narrative" that centers around the lives of Jerry, naive creator of the universe, and Satan when they come to Asheville. Original Fringe description here. This show is appropriate for mature audiences and starts at 8:30 p.m.

Tickets are $12 for each performance or $20 for both. If you stay for both performances, you'll also enjoy pop-up shows and treats between the night's events. You can buy your ticket starting at 5:30 at Toy Boat. Fringe Freak passes will be honored.