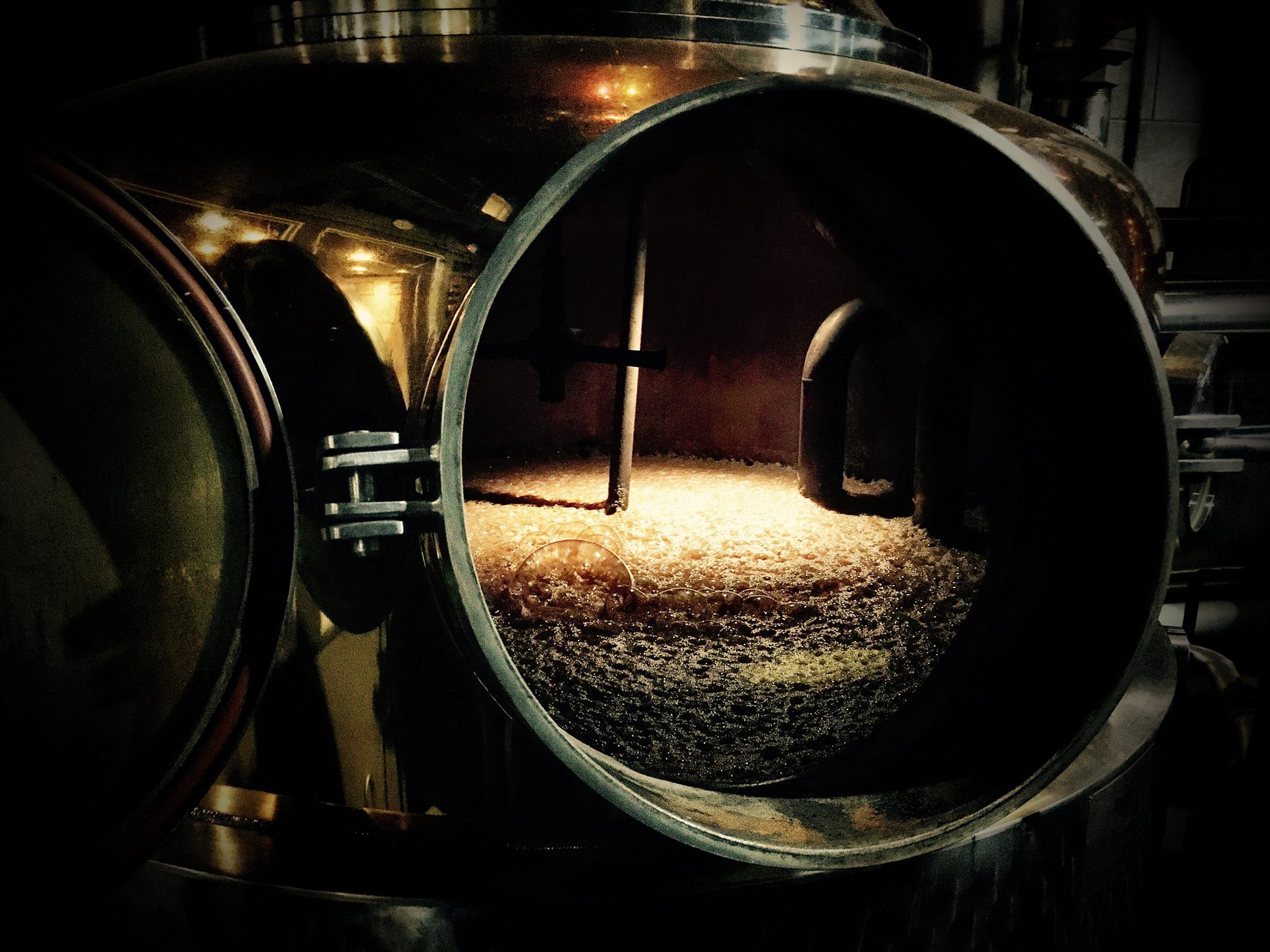 The phrase "Drink Local" has been in the air lately. Asheville's expansion beyond the craft beer universe has moved us into other, less well-charted territories, and the future for one in particular, locally-distilled liqueurs, is bright. One business that's getting a lot of buzz is Eda Rhyne Distillery, which is opening its space near Biltmore Village and the increasingly hip London Road area.

The 5000+ square foot facility is a bright, light-filled space, with shelves lined with Mason jars, each one holding a different ingredient, like juniper berries, dried flowers, and other aromatics. Much of the equipment is in place, but the distillers are hoping to bring in more supplies and release more products slowly and with the support of the community. If you missed the kickoff party for Eda Rhyne a couple of weeks ago, don't fret—there's still a way you can be a part of this new venture. Eda Rhyne launched an Indiegogo campaign, and, with just over two weeks left, they're hoping to raise enough money for equipment that will get them ready for pouring their first libations. 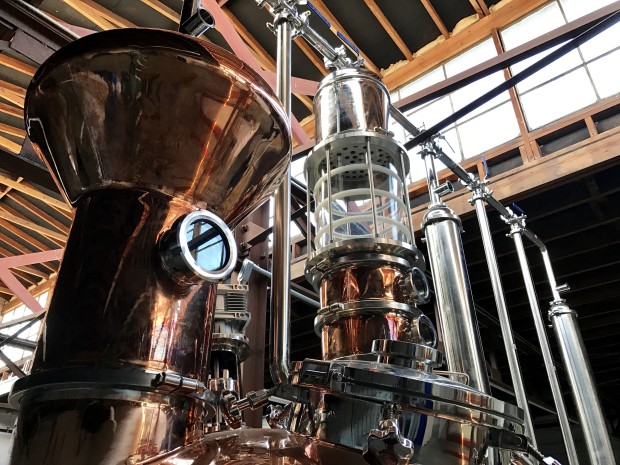 The works at Eda Rhyne Distillery.

I spoke with two of the partners behind Eda Rhyne, Chris Bower and Rett Murphy, about their dreams and schemes, as well as the first drinks they hope to pour.

How did you get into the distilling business? What was the initial process like?

Chris Bower (CB): I was actually invited to become a partner by Rett Murphy, who is the CEO and Head Distiller. Eda Rhyne is his brain child. I've always been interested in having a distillery myself, and we've been friends, but he didn't know that I was interested and I didn't know he was interested. Mutual friends suggested he contact me. We had a very similar vision to create a distillery that had a vision close to our hearts and souls, with a distinctly Western North Carolina identity.

We want to incorporate the flavors of all of the different medicinals and botanicals into our products, as well as heirloom grains and corn. We're taking some of the history of this area, which is rooted in agriculture and folk medicine, and translating that into a modern-day craft distillery that will produce extremely high-quality products that are responsibly-sourced, sometimes wild-crafted and sometimes grown by hand.

Rett Murphy (RM): I own Aardvark Farm in Burnsville, and I kind of look at the distillery as an extension of the farm. It's going to be several years before we can grow the heritage grains in the amounts we need and do the full "farm distillery" thing, but right now we can grow some ingredients, and we can use ingredients at the farm to feed the soil and get it ready. Whiskey and beer are essentially farm products.

As a farmer I really like to tinker, and in farming there's this cool interplay between science and the arts. There's a creative way you utilize science and knowledge to work in your particular situation, which is different than anyone else's, and distilling is really similar in that way. It's ultra-creative, but you really have to have the scientific groundwork to be able to be creative with it. 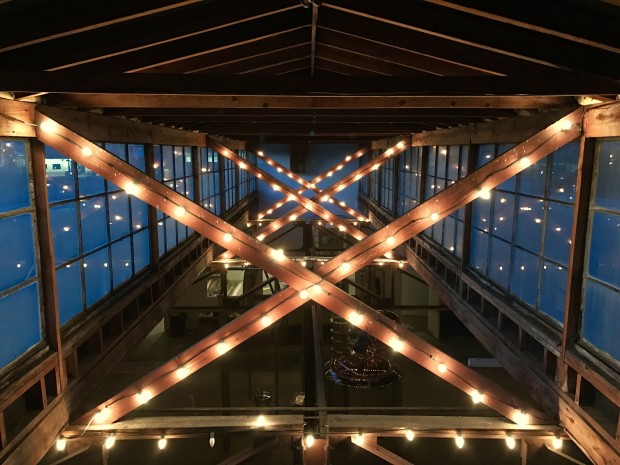 The interior at Eda Rhyne.

What are you going to be producing? Can you talk about the local ingredients you'll be including?

CB: We're launching with 2 Amaros. The recipes are top secret. We're a little more open about the gin we'll be making. Recently, I've been harvesting spruce tips, for example. We may use apple blossoms at some point. We're still trying to get the farm elements launched.

With wildcrafting, you have to very careful and responsible about how and when you do that. We're looking at doing very small, limited-edition runs on certain thing. We will be able to source a lot locally within the state, but it wouldn't be as sustainable to wildcraft our main gin line, for example.

RM: Chris and I have both separately been able to use wildcrafting as a way to source some of the ingredients. In the future we'll be working with a wildcrafter who does all kinds of different stuff. Our goal is to have a consistent product and take seasonality into account as well. We'll be using fresh, seasonal ingredients at batch-making time, and we'll have more seasonal Amaros. Our first two are an Appalachian Fernet and a Forest Floor Amaro. Those should be available sometime in or near August. They Forest Floor doesn't require barrel aging, the Fernet will age a couple of months, and the gin in about the same timeframe.

What will the Indiegogo funds you raise go toward?

CB: We need a little more equipment and that will help us start producing some things. Others will have to wait. Because we're a startup we have to go in phases. Eventually we hope to have the farm pretty much handling all of our botanicals.

We I have generations-back family in Western North Carolina, so the things that we're doing are very rooted in that Appalachian folk medicine tradition. To even attempt these products, you need a place like Asheville. Almost anywhere else in the country it would be impossible to have this conversation. We're proud of that, and of the responses we've gotten with all of our tastings so far. We want to keep spreading the word. 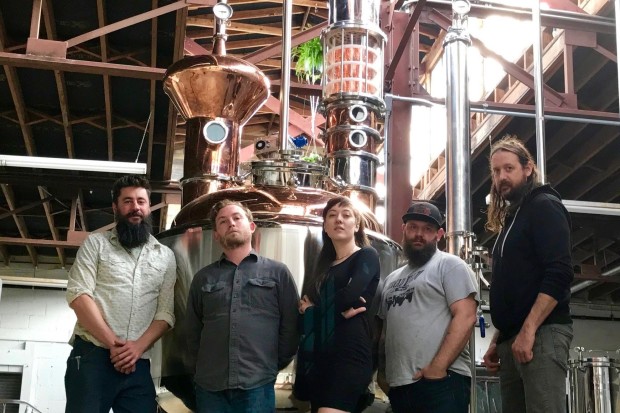 The crew at Eda Rhyne.