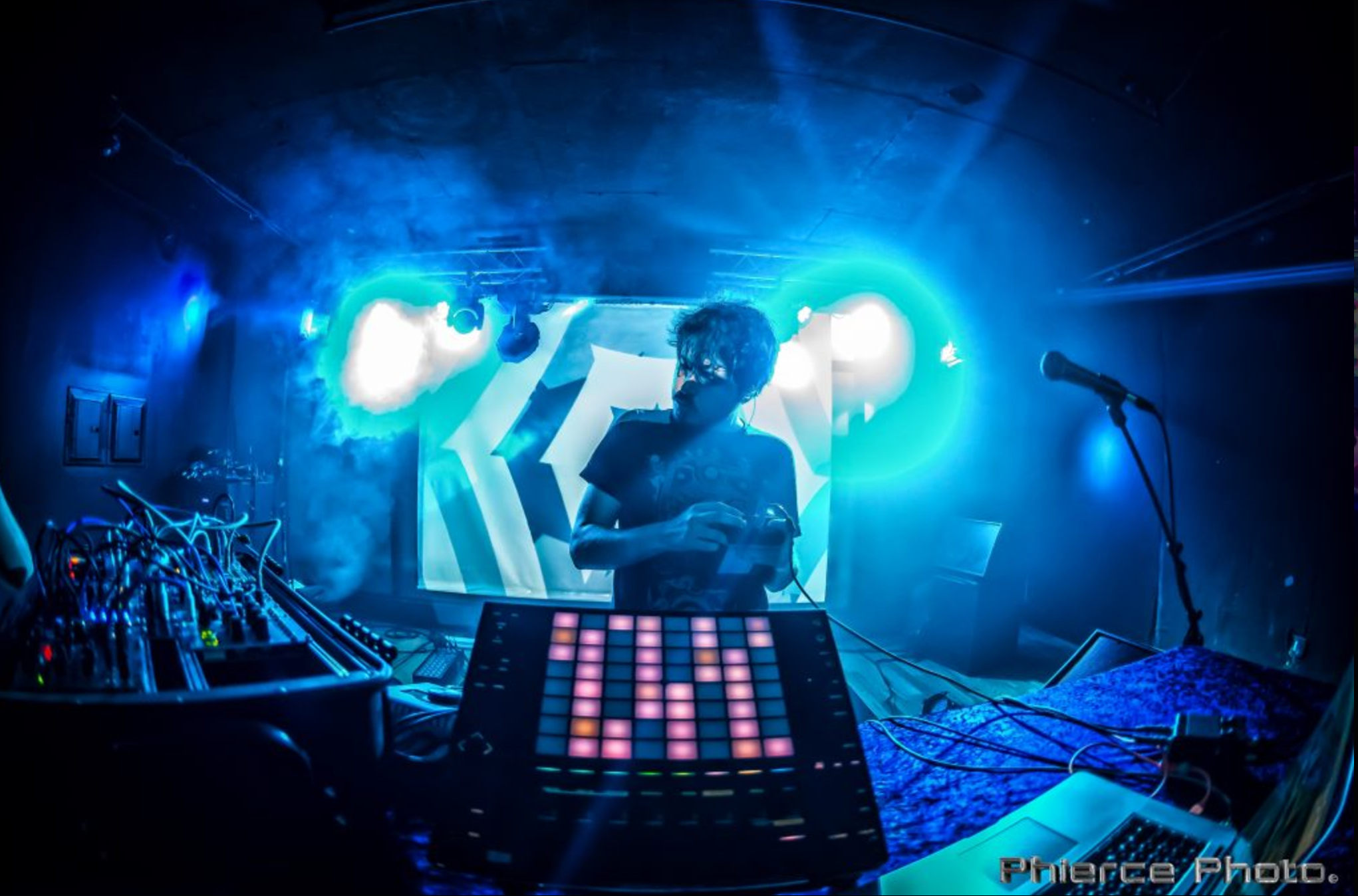 EarthCry's palpitating beat has a funny way of seeming to sync with your own heart, and that's kind of the point. The project, from Anthony Thogmartin of Papadosio, was conceived on a psychedelic shamanic journey, when the voice of the Earth itself made its beauty, pain, and hopes known to Thogmartin. After the experience, he started making the music to bring this voice to his audiences. EarthCry's tribal sound connects listeners to people, but also to places, both physical and beyond the physical world. EarthCry performs at Isis Music Hall on Saturday, November 11, where Thogmartin will be joined by Mike Healy, also of Papadosio, along with Kri Samadhi and Illumination Station.

EarthCry's latest album, Sun Path, is another kind of journey—into sound itself. Thogmartin has a deep interest in modular synthesizers, and the night will be a showcase of exactly what modular synths can do. All of the artists performing will be creating sounds at the show itself from their modular synths, many of which are made right here in Asheville at Make Noise (414 Haywood Rd.). The songs on Sun Path, which summon up desert landscapes and interstellar travel with equal ease, utilize this technology and others to create an exuberant celebration of eclectic and experimental sound.

I talked with Thogmartin about his experience with EarthCry and modular synths, his vision for the evening, and everything else he's been up to.

Tell me a little bit about the lineup for Saturday's show. How did you connect with the other artists?

I met them through the Asheville Synth Club and admire their work. I was going to book a show and thought it would be cool to get these guys to bring their hardware. The show is mainly in the vein of modular gear, so the people we ended up booking mostly do what I consider hardware sets, which means they have hardware rather than sequencing coming from a laptop. Both Kri Samadhi and Illumination Station are both very present in the synth scene in town. I've been as present as I can be, and my set will be mostly or all hardware. Their sets will be 100% hardware. This means we'll be using synth gear that's not sequenced by a laptop. Usually at electronic shows, a DJ plays pre-written tracks off a computer, but this will be mostly improvisational in nature.

It's a unique show, and Asheville is unique because it has Make Noise, the modular synth company. Noah [Illumination Station] works in the office there. Kri works mainly at a tattoo and piercing place and he's big in the psytrance scene, but he will do a psydub set. It will be a little chiller, not so in-your-face. And I might do some written tracks with Mike [Healy]. He'll play drums with me the whole time and support as I get farther out from center orbit and try my own hand at doing this.

The night is largely to celebrate how special it is that Asheville happens to have this community, and Make Noise, and synth enthusiasts, and Moog. It's just cool and we really wanted to do a show that highlights that. It's going to be a unique show compared to others.

Tell me a little bit about how hardware sets like this are really different from other DJ/producer sets?

Hardware synths will take you for a ride. They have own thing going on, and modular synths are interesting because a lot of music you derive is generative: It's from that system. Instead of playing notes directly, you're guiding the process. You're allowing the synth to express itself. It's really weird and totally awesome. It's becoming more recognized in pop culture now. Recently, there was a documentary, I Dream of Wires, that explains what we're doing. More people would have a better access point if they watched that documentary, but it basically goes into synth history—and about how Don Buchla, Bob Moog, and now Make Noise are bridging the West and East coasts with these generative synthesizers.

How do modular synths work? What is the process like of getting one and making music on it?

Basically, every single person that owns one has built it in the way that they want. They pick their favorite filter, oscillator, and parts, and they assemble a machine that is totally unique to them. Even though we all have modular systems, they're totally different. We all have different preferences. Kri's is almost immediately recognizable, Illumination Station is all over the place. He's the brainiest of all of us. I'm trying to get prettier sounds out of mine that aren't so aggressive. 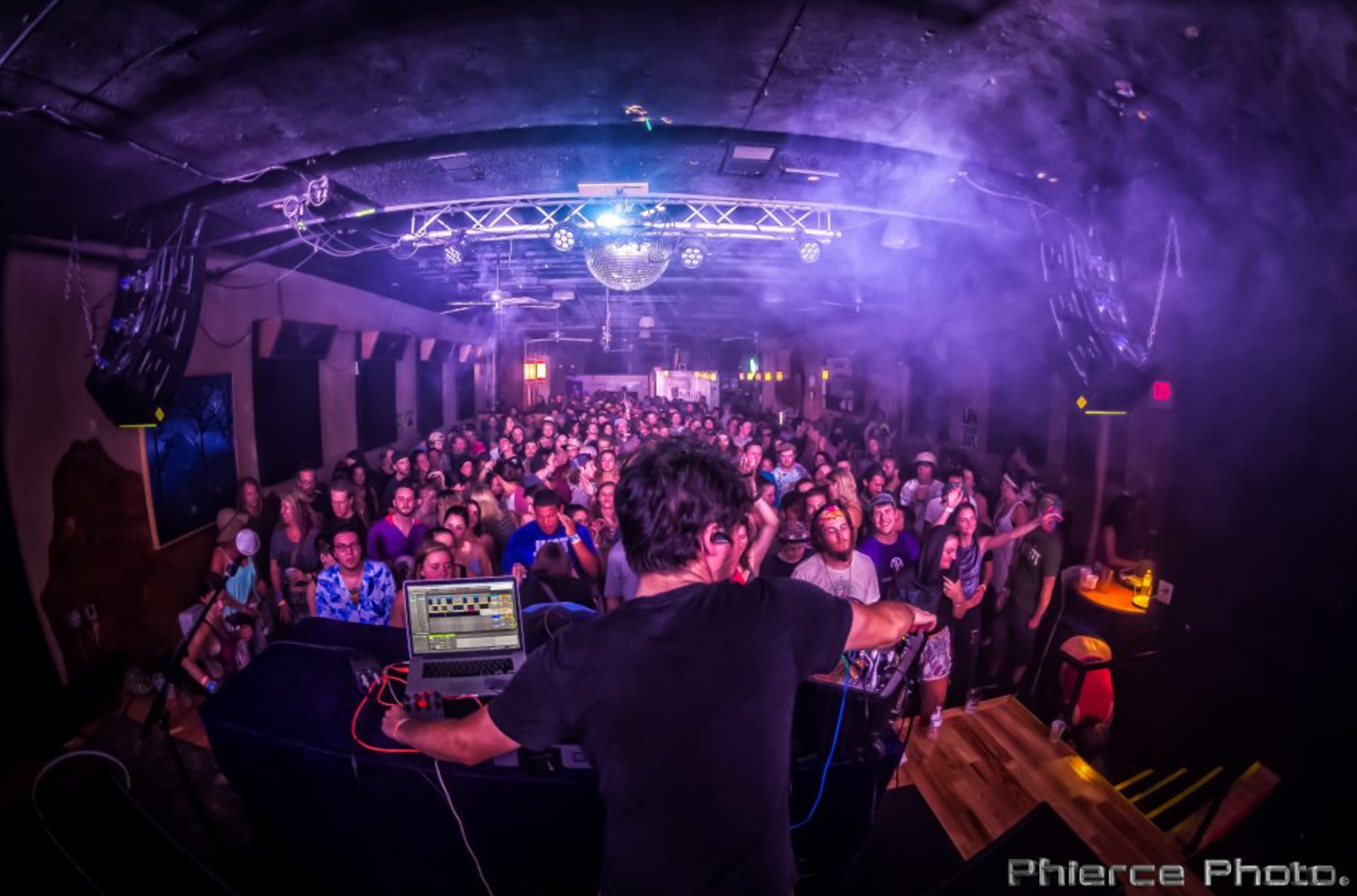 How did you decide to throw the show at Isis? What will the location add?

It sounds great at Isis. The design of the room and the PA system is great. We did an electronic showcase called XAVL there three or four years ago, and I loved the way it sounded in there. Isis is cautious with more experimental stuff, but they're open to this show because it's kind of more of an art show rather than a club dance show. It will be wackier and strange, and will feature less dancing than what you might expect at an electronic show.

Sun Path is such a wonderful album. Can you talk about the process of creating it?

I had finished the last record [Heal the Earth, Heal Yourself, Heal the Earth] and was really happy with it. And I finished this record and felt I wasn't offering anything new. That was a year prior to its release. I was happy with the composition, and I don't know why I felt it needed to offer anything new, but I thought the album sounded a bit stale for what I wanted to achieve. And I heard a modular synth and thought, "These are the sounds I want!"

I erased 50% of the album and re-recorded it with modular synths, and yes!—that was what I had been looking for. This is something I can offer people, this is new, fresh, and worth it. People can dance and have fun with it, but if people who like to listen deeply can also enjoy this record.

It really saved me. The modular synth is an endless inspiration machine. It will spit out things I'm not really expecting.

So much of the album summons images, and uses sounds, from the natural world, but much of it is built on such a technologically advanced object. Can you talk about that dynamic?

Yeah, there's a relationship between nature and voltage. The device is almost like taking a hike. It's interacting with something alive. The idea of what it means to be alive is starting to change right now. We say if it's not something like a tree, or if it's not in the soil with bacteria, it's not alive. But that's not necessarily true. There's a process of intelligence and self-organizing systems that define what life is. It's cool that humans are doing this. Using this device, which is kind of a large, expensive alarm clock, is interactive. It's almost like jamming with another person, but in a really odd, intelligent way.

I have to ask at this point if you've seen Blade Runner 2049 and what you thought of it, and specifically the music.

I was concerned, because Vangelis is one of the craziest composers out there. The fact that he wasn't on the soundtrack was kinda crazy, but they slayed it. [Hans] Zimmer has walls and walls of modulars. He's got a well-maintained Yamaha CS-80, which was the main synth back in the day. So I came in skeptical and left applauding. I didn't move, even during the credits.

I know you were out with Papadosio for Oregon Eclipse. How was that experience and your eclipse?

The eclipse was amazing. It was really extreme. Everything seemed to have happened by the skin of its teeth, but it was perfect. It was unforgettable. And we captured a little Asheville fun. My friend recorded our whole set in 3D with a crazy Nokia 3D camera, and you can relive the set. You can stand on stage and watch everyone play in full HD. The camera looks like a brain.

Can you elaborate on the differences between EarthCry and Papadosio for me?

EarthCry is how I express what I can't express in a live band setting, including the parts I wouldn't want to force my band members to play. It would be too repetitive, too wacky. It doesn't really work properly with instruments. The intonation and timbre aren't right. For whatever reason, there are certain ideas that apply to the EarthCry world a little more.

I find that being a little more focused on sound design is kind of what separates the EarthCry stuff from everything else. The music I'm working on now will probably be just as different as between the last album and the first, because I'm thinking about what I can do that isn't out there already. I can express the inspiration I'm feeling, but take a step in a new direction. Sometimes I just push record in my house and just mess with the mod for hours and something rad will happen. I'll capture it, record the time, and then I'll go back later and extract that part. 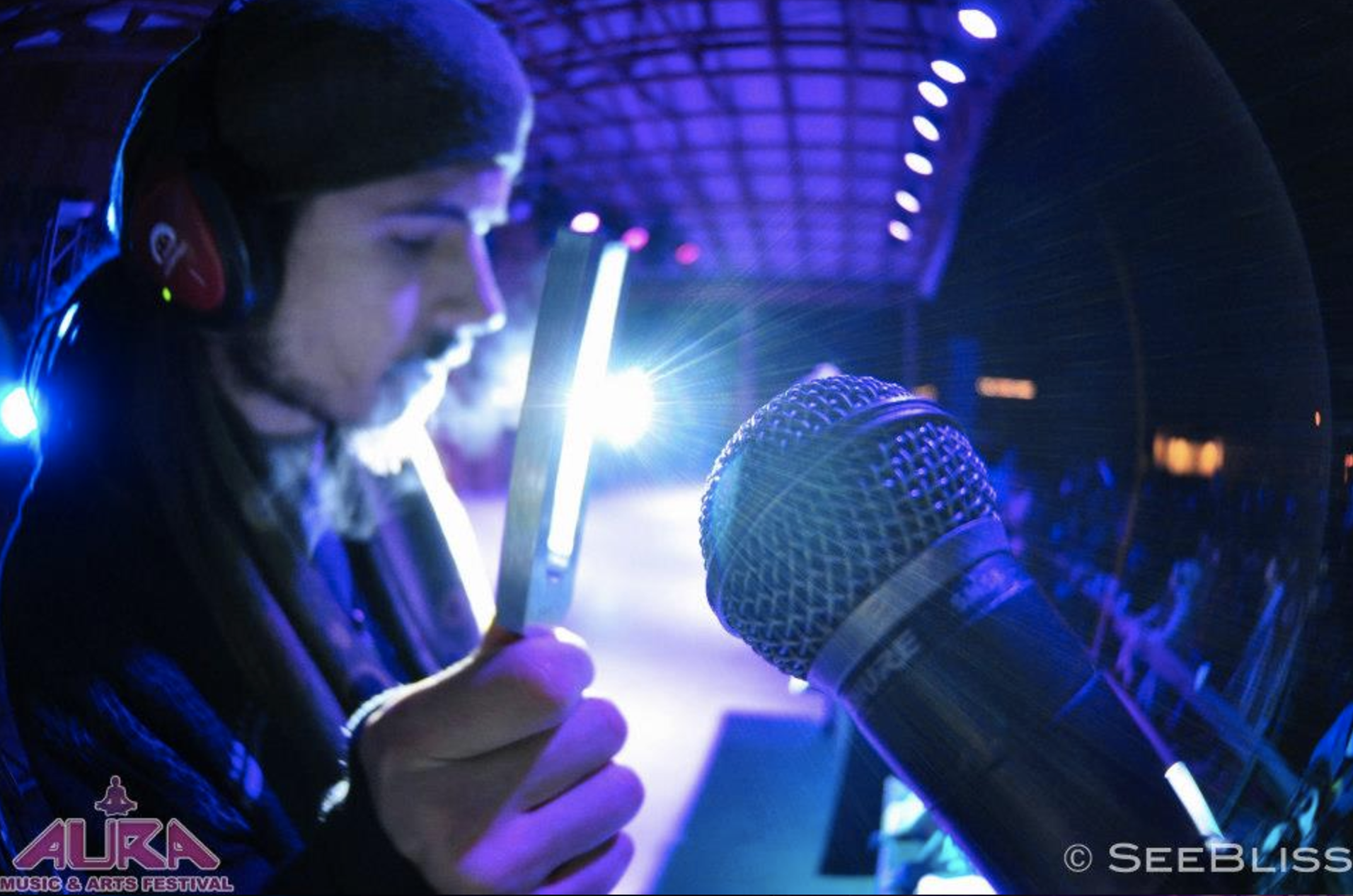 The first record was based on solfeggio frequencies, right? Are you using any of those on Sun Path? Did people respond to those in the music?

It's interesting, because I didn't know what people's experiences would be like with those. There's no way to scientifically quantify what's going on there, but so many wacky things happened at shows and in the composition, these all-over-the-place experiences that made a believer out of me. I expected these to be weird tones. They're not standard musical intervals, and again I wouldn't expect a band to do them, because in order to play with each other a band needs standard tuning. I had to retune every instrument I was using for the album. And Sun Path is really enhanced by the modular synth. Now I feel totally free in music-making. There's no pre-existing shell that it has to fit.

I think I've focused more on the tech for Sun Path, mainly because I wanted to provide an experience, but at the end of the day what's most important is that people have a really deep connection with the music and, potentially, whatever awesome states of mind can be achieved by listening. All of my music has been, and will continue to be, full of binaural beats, random conversations, whisper tracks...People message me and say, "Hey, I heard this—when I plugged my speakers in wrong all this weird stuff started happening."

I don't want to use any of this as a marketing point; I want to keep the purity of the project intact. One thing we're doing this year at Earth Night in Columbus is creating a workshop where people are lined up with a bunch of midi controllers in a quantifiable, editable playground, so people can interact with a composition, record, and release a track. It will be EarthCry featuring everyone, and we'll release that and hopefully generate some money toward the National Resource Defense Council. That's been one of the most solid things to donate to if you're concerned about the environment. As EarthCry evolves, I can put more funds towards what I believe in.

Catch EarthCry Featuring Mike Healy, Kri Samadhi, and Illumination Station at Isis Music Hall on 11/11. Doors at 9 pm, show at 10. Tickets are $12/$15. Get your tickets now.