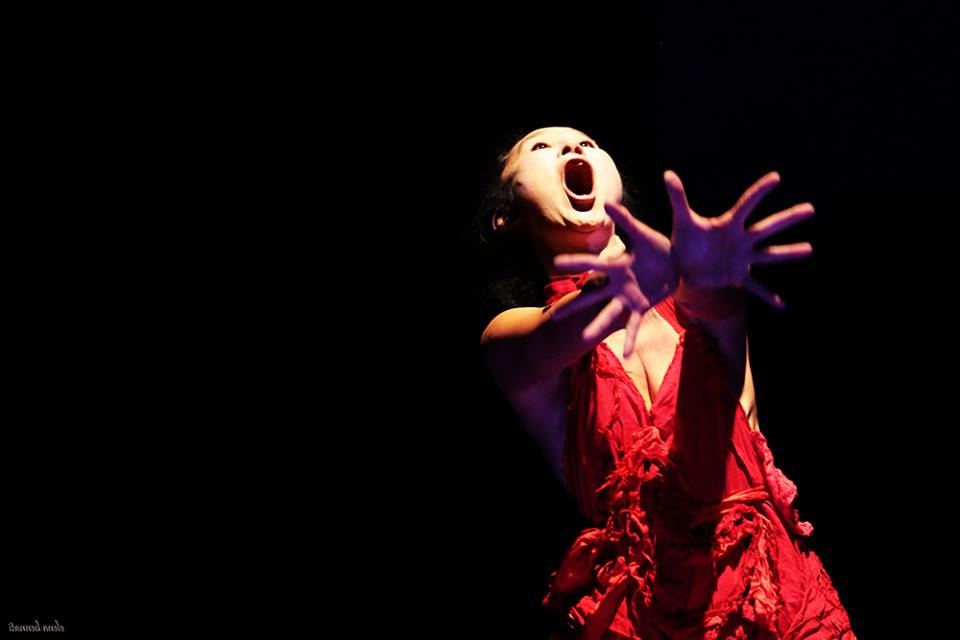 Now in its 10th year, the Asheville Butoh Festival has been asking questions about the rules of dance and performance through the lens of this unique and unusual dance form. This year, the exploration continues with world-class programming and workshops that feature international and local talent.

If you're not familiar with butoh, the background of this strange and compelling dance form is just as fascinating as the performances. In 1959, two male dancers, Hijikata Tatsumi and Ohno Kazuo created the first dance pieces that would eventually be called "butoh." Ohno had been a dancer for many years when he began collaborating with Hijikata, who had been rejected from the modern dance world because of a deformity.

The form that emerged is notoriously difficult to classify, but its many influences and inspirations include Japanese aesthetics (which butoh subverts in various ways), German Expressionism, surrealist literature and art, the literature of the absurd and the grotesque, psychological theory, and the human body itself. While most traditional dance forms ascribe to the aesthetic of the beautiful, representing dancers as graceful and perfect, butoh instead takes as its subject the body's perceived imperfections, which are the inevitable result of old age, illness, disability, and labor. 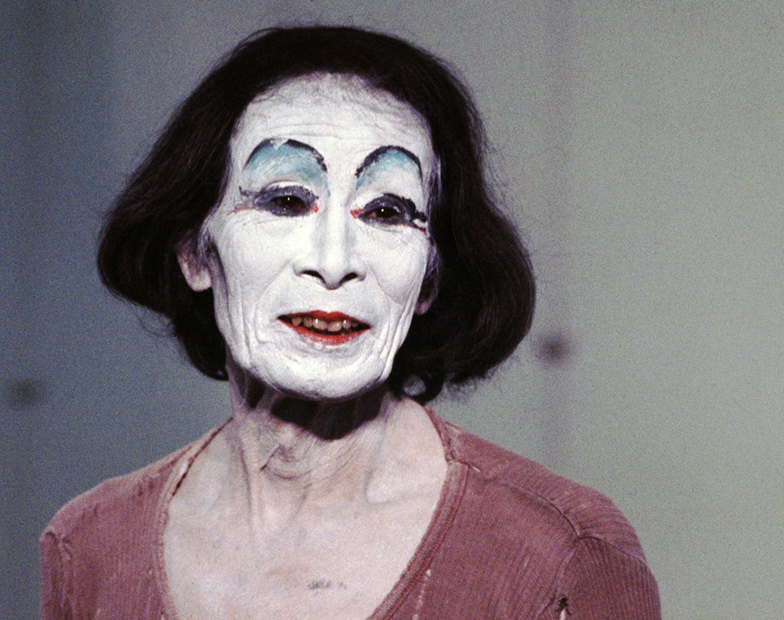 The festival's organizer, Julie Becton Gillum, has been dancing butoh since 1996. She came from a traditional modern dance background but became interested in the form after she discovered it aligned more with her own style and philosophy of expression. "I saw a performance of Min Tanaka, a Japanese dancer who was one of the early butoh dancers. When I was creating modern dance choreography, the people who looked at my choreography often said, 'Julie, you’re really scary, and your dances are ugly.' To which I said, 'Thanks, I guess, I don’t know what to do with that really.' But when I saw butoh I said to myself, 'Oh! They’re scary, and their dances are ugly! Cool, this is where I belong.' So everything fell into place from that point on."

Gillum's realization led her to the San Franciso Butoh Festival and eventually to Japan, where she spent time studying the form. On her travels she noticed that "the whole of Japanese culture has a weird grotesqueness to it. If you start looking at underground Japanese art--like these wonderful old paintings made in the 1500s of people farting and blowing rabbits and chickens across the floor--you see that there’s this really ridiculous, dark sense of humor in Japan. They have this elegant sense of beauty, perfection, line, and design, but they also have this grotesque darkness which is part of their society."

But, according to Gillum, this darkness is often repressed completely in contemporary Japanese culture. "There’s a sense of honoring others that we don’t have. Asian societies in general are a little more like that, but in Japanese culture people hide more--they represent an extreme form of hiding bad things, and that’s not good. It implies that they don't take responsibility for their darkness, and the Japanese on the whole don’t like butoh because it pulls all the skeletons out of the closet and makes fun of them and exaggerates them."

An example of this is the way that butoh jabs at established performance traditions in Japanese theatre and dance. Butoh dancers will sometimes use the white face paint, masks, and kimonos associated with kabuki and noh, but will subvert these forms in some way, perhaps by wearing a kimono backwards or with no belt. 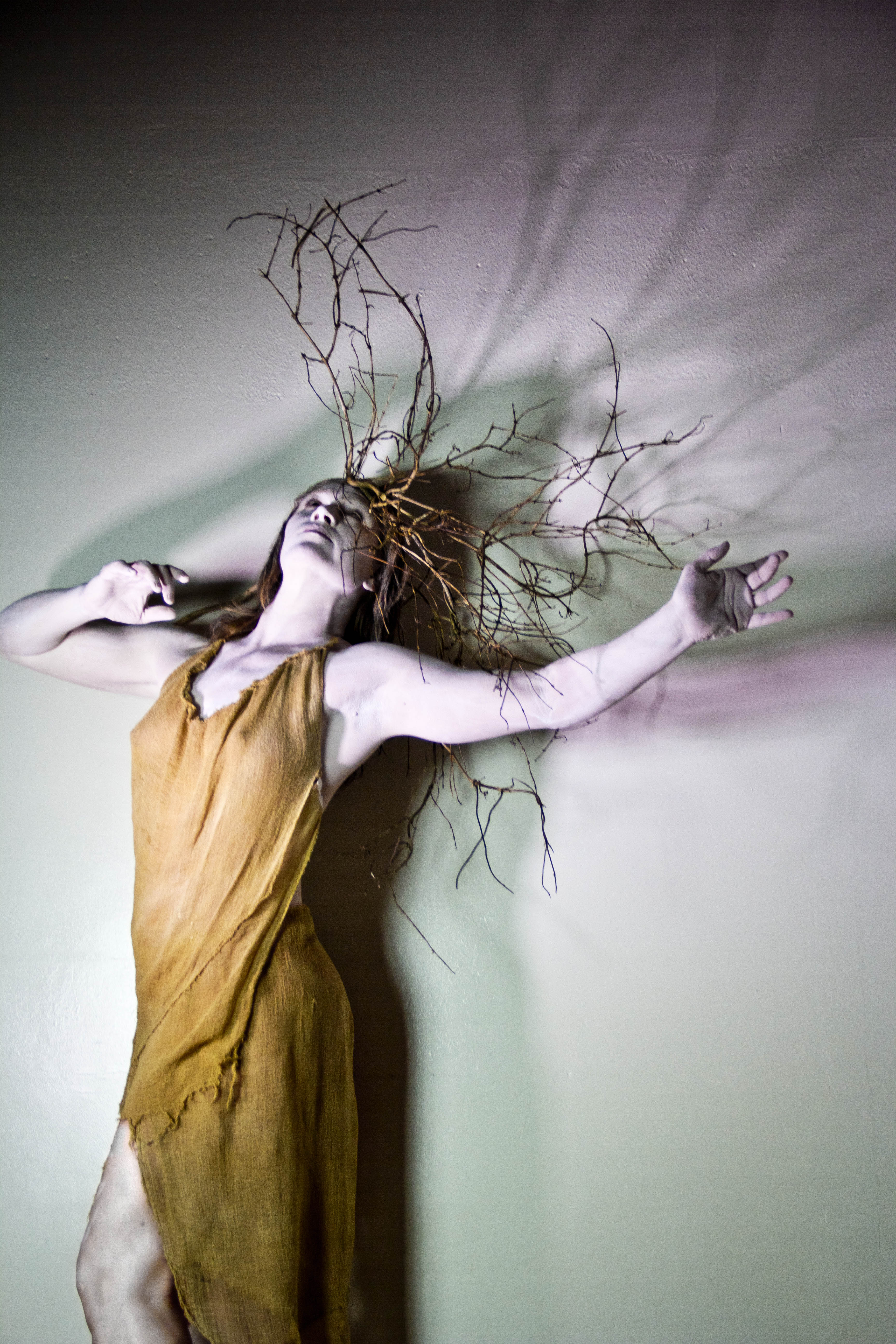 Local butoh dancer Sara Baird will perform with other Asheville dancers on Saturday.

Butoh's satirization of these elements makes it in some ways an art form uniquely connected to Japanese culture and history, but butoh is not bound by any culture or genre. "It deals a lot with the edges of society," says Gillum, "and in the U.S. we’ve built this huge middle class, which is now becoming a huge lower-middle class, and our fringes of society are larger than the fringes of society in Japan. And all those on the fringes of society, all of the alienated people--the homeless, the diseased, the deformed by war-- are the subject of butoh. Buton more than anything is, as Hijikata said, 'the body speaking for itself,' which means that every individual has a language and a story."

This expressive language is thus unique to each individual. Because of this, performances are open to almost limitless possibilities. They can be done naked or clothed, they can be choreographed or improvised. "In butoh the steps don’t matter," says Gillum, "because the important thing is presence, and the relationship between the dancer and the audience. It’s unfiltered, very raw. It’s not going to be the language of ballet. It’s probably not going to tell you a linear story, or even a story at all. It's intention is to allow the body to speak. It is 'the body speaking for itself without a formal vocabulary.'" 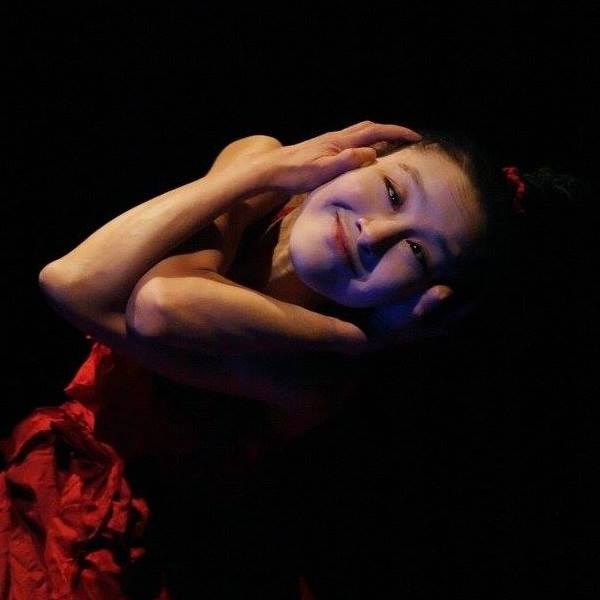 This year's festival will showcase the rich variation within the form. Performances will be held at the BeBe Theatre, and the schedule runs from April 7-10 and includes performances and workshops. Yumiko Yoshioka is the festival's headliner, and will be performing her piece Before the Dawn on both Thursday and Friday nights. She will also run two different workshops on Saturday and Sunday from 1-5 pm. The workshops "will be playful, fun, and skill-oriented, and people will love them," says Gillum.

"Yumiko is really playful and charming, wonderful to be around. And anyone who comes will feel like they’ve danced--both danced at their level and been challenged. They're perfect for all levels, and a serious younger dancer could certainly also enjoy them." Before the Dawn is also something Gillum specifically requested. It's "a piece that represents butoh at its most profound level of movement exploration and philosophical inquiry. In this evening length epic, Yumiko Yoshioka, through her own transformation, illuminates secrets in our bodies. Her movement and gestures execute a divine incantation in which she invites the sublime and monstrous beings from dreams and nightmares to dance with her."

Other events on the schedule include Local Color, a Saturday evening performance from Asheville's own butoh crew, and strange daughters, a solo show from local dancer Jenni Cockrell. "The quality of the talent locally is fantastic," says Gillum. "You’ll see the big artist who’s toured the world, and you'll also see the locals and be favorably impressed with the work. And these are seasoned performers, too. Asheville has quite a butoh scene." 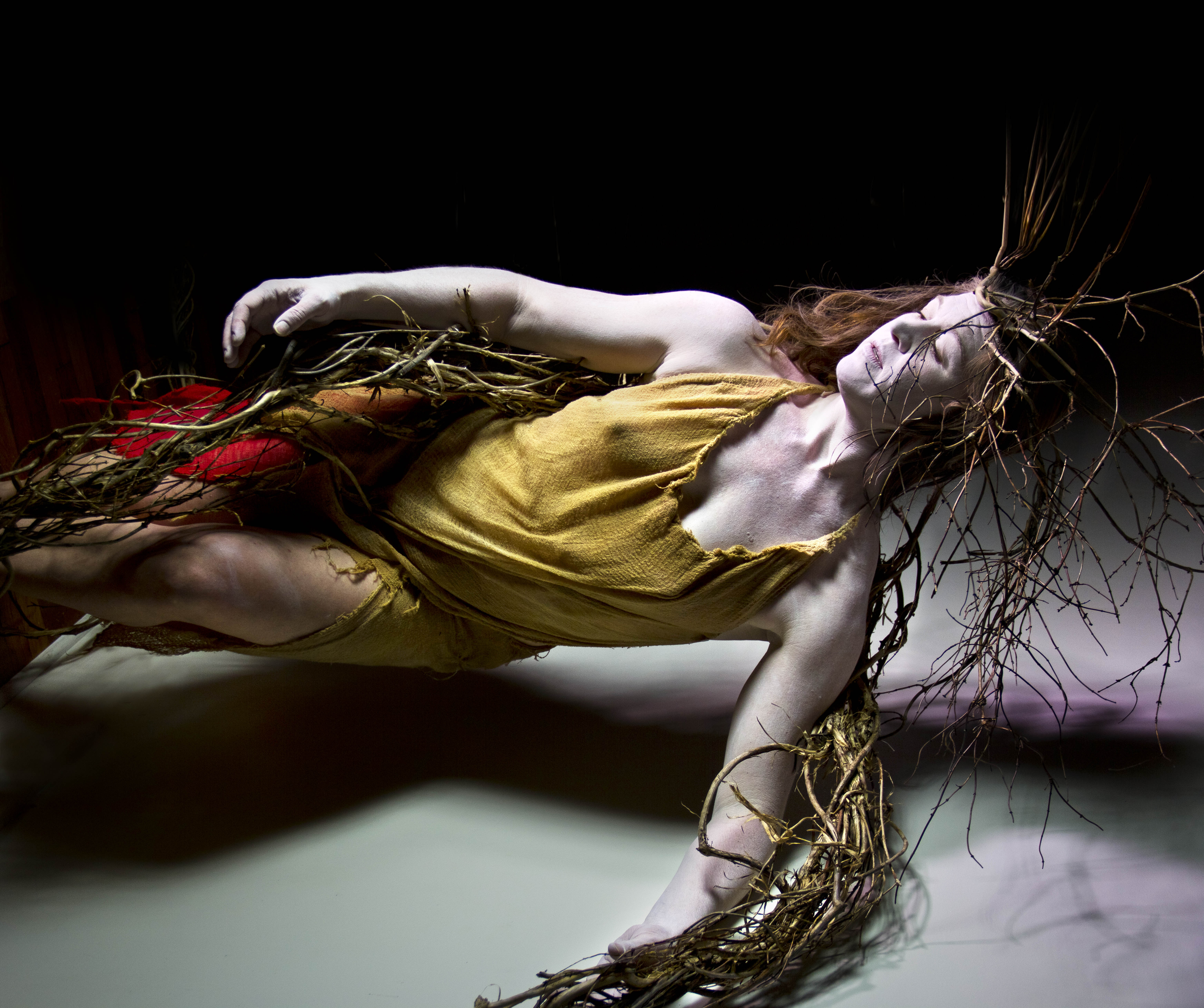 Local butoh dancer Sara Baird will perform with other Asheville dancers on Saturday.

Butoh has become Gillum's driving passion. "I gave up all notions of what dance was when I discovered and embraced butoh," she says. "And I had to lose a lot of ideas too. I had to try to eliminate certain ways of being and moving that weren’t useful anymore. But I still try to use those skills. I made a piece called 'buhtap' and I still want to do something with baton twirling, because I was a baton twirler. I haven’t quite figured that out yet."

Butoh can assimilate and work in a kind of synchronicity with other dance forms, other influences, passions, and ideas. "What are your skills as an artist that you’re bringing to this dance?" asks Gillum. "Because it’s really a culmination of everything you have in your body, all of that bodily knowledge and muscle memory that is there. Also your ancestral history, where you come from. Which is something that you carry. And that makes for wonderful fodder for art."

Check out the full schedule for the Asheville Butoh Festival here. Tickets are on sale now. Asheville is exceedingly lucky to have such a thriving butoh scene--be sure to take advantage of it.

Gillum runs six-week classes at her studio in Alexander, NC. She was a cofounder of the Asheville Contemporary Dance Theatre and founded two other modern dance companies before creating her current studio, Legacy Butoh. She has taught modern dance, musical theatre, performance art and butoh at Warren Wilson College. She has presented butoh pieces nationally and internationally. In 2008-09 she was the recipient of an NC Choreography Fellowship, which she used to study butoh in Japan.