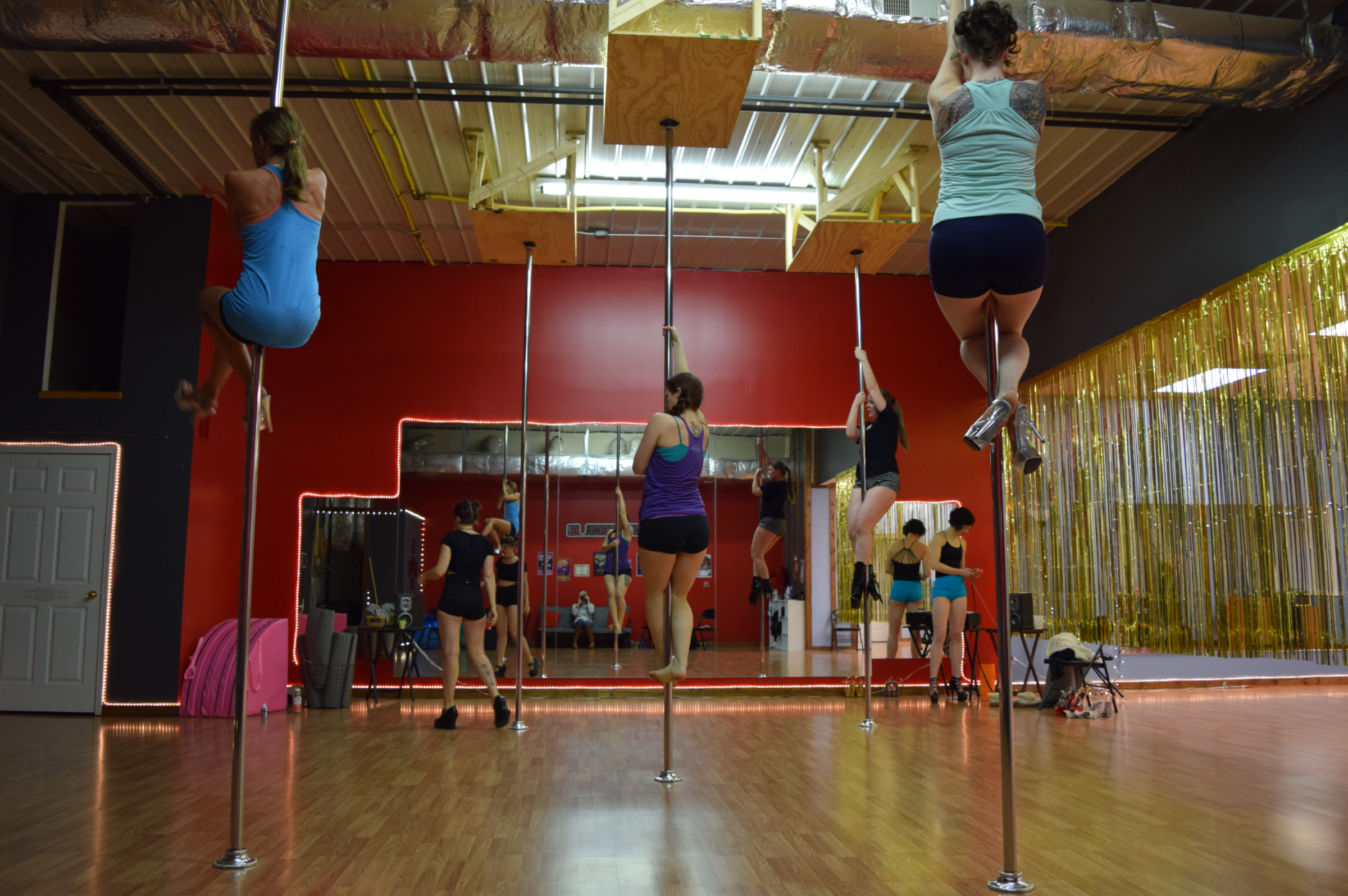 Next up in our series of Young Asheville Finds Fun Fitness: a new wave of workout classes that have women of all ages and fitness backgrounds finding a new sense of self-empowerment and freedom.

Owner Kathleen Hahn found a void in the local market for fitness that went beyond the treadmill. So, she combined her love for dancing and decades of experience to create a studio where, as she describes, “you feel happy, more accepting, and sexier when you leave.” The studio opened its doors in June of 2016,

Hahn, a dancer herself who spent seven years performing in New York City, received much of her training and early education from the North Carolina School of the Arts. However, when it was time to hone her craft of all things pole dancing, she ventured back to the Big Apple, where she spent a year and half perfecting her skill sets.

She returned to Asheville to open the one and only pole dance studio, as well as, the only studio certified by New York Pole Dancing.

DANCECLUB Asheville offers classes for all levels of experience, and their no judgment policy, allows all those who enter the studio, feeling free and uninhibited to try something new.  Each class begins with a nice long stretch, followed by learning and performing an entire routine from start to finish.

Hahn adds, “These women leave my studio feeling empowered and better in tune with their bodies, and that’s enough for me.”

DANCECLUB Asheville is celebrating their one year anniversary on May 21, at their studio, with a party full of drinks, dancing, and a student performance. Tickets are $10.

To learn more about class schedules, how to join, bachelorette parties, and their one-year anniversary party, you can visit: DanceclubAsheville.com