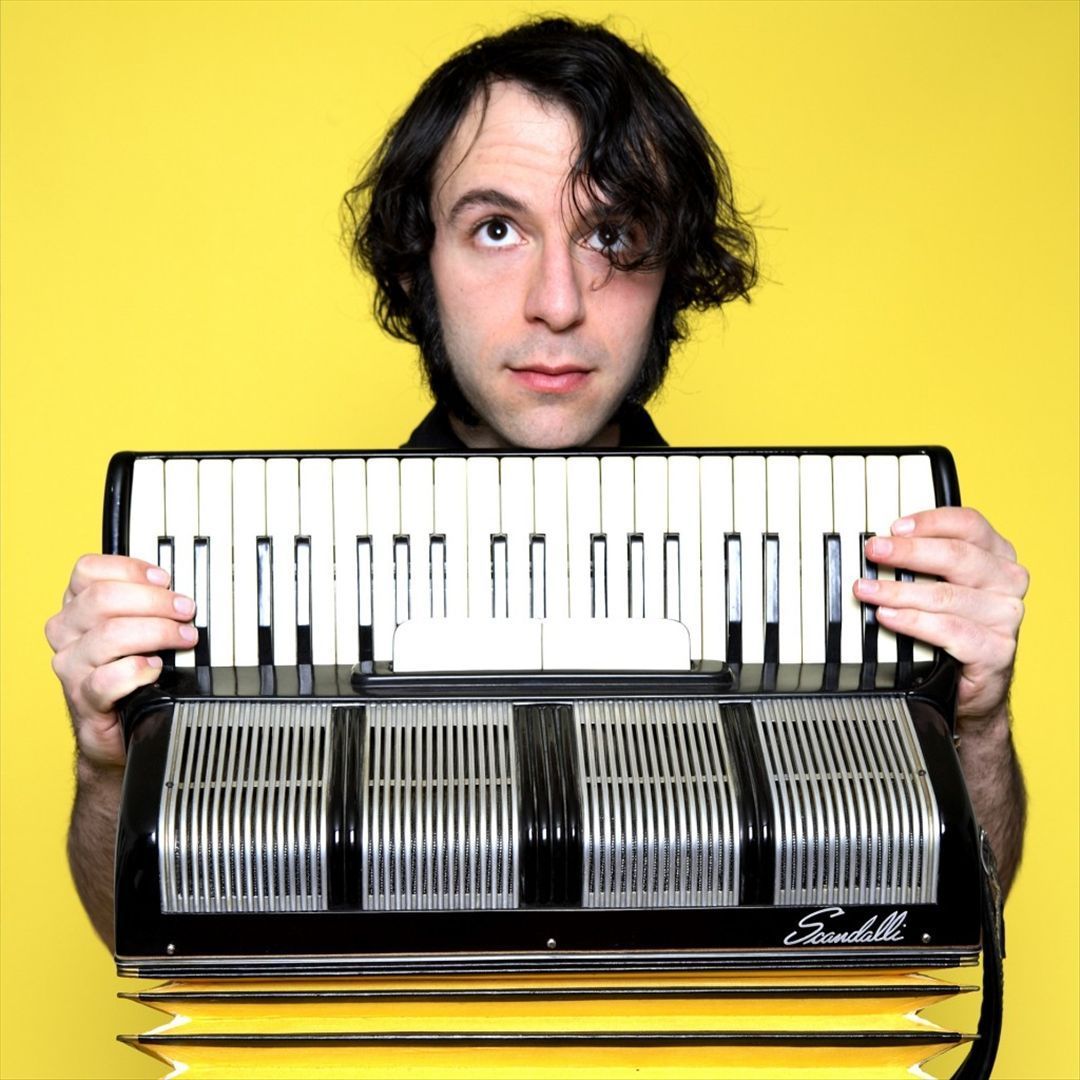 Los Angeles-based producer Daedelus (Alfred Darlington), known for his delightfully experimental studio albums and his ecstasy-inducing live sets, comes to Asheville's own Orange Peel (101 Biltmore Ave.) on Tuesday, November 28. He'll be joined by Mono/Poly and Free the Robots. It's an unmissable lineup for lovers of innovative beats and production.

Daedelus's last LP, Labyrinths, was released in 2016 on his own label, Magical Properties. It runs the gamut in terms of sound, but a steady thread through this particular sonic maze is collaboration: Many tracks feature guests and co-creators, including Teebs, Bass Sekolah, Zeroh, and Laura Darlington (the artist's partner). There are plenty of references to the mythology behind Daedelus's name (a slight twist on ancient Greek maze-maker and inventor Daedalus, who created the labyrinth that housed the half-bull, half-man Minotaur), and the album on the whole hinges on its exploration of creativity as a quest with the end result of producing wonders.

Daedelus has previously released albums on Flying Lotus's Brainfeeder imprint, which should give you an idea of the thrillingly creative sounds he makes if you aren't already in the know. It's something he has in common with supporting act Mono/Poly (Charles Dickerson), who you might have seen at a BEAT LIFE show a few years back. His last album, Golden Skies (2014, Brainfeeder), introduced audiences to what he describes as "electronic-classical-alchemy music." Cosmic in scope, with nods to everything from Charles Mingus to science fiction to Ancient Egypt, Golden Skies takes listeners on a journey from the edge of the solar system into the depths of the unconscious. Free the Robots (Chris Alfaro) recently released an album under the name Karavan with Lefto that explores the world sonically through tracks tinged with Middle Eastern and European influences.

Last time I saw Daedelus was at 2014's Moogfest in Asheville. It was my favorite performance of the entire festival, in a large part due to the artist's incredible energy on stage. It's impossible not to be completely pulled into the set once you see Daedelus, in his typical and anachronistically stylish nineteenth-century garb, giving it everything he's got. Rather than rehashing his own catalogue, his live sets are often inspired, unique events in which he mixes and melds his and others' sounds, typically on the interactive, electronic monome (though he's also invented and uses his own instruments: check out the Delaydelus).

I imagine that every music journalist has a shortlist of artists they dream of interviewing, and Daedelus has been sitting at the top of mine for quite some time. Lucky for me (and Asheville!), he took some time out to answer my questions. Read on!

You've said (and your personal aesthetic indicates!) that you're influenced by the Romantic and Victorian periods. What specifically about these periods fascinates you? Who are some of the most influential thinkers, inventors, artists, etc from this period for you, and why?

Influenced or obsessed? I'm not sure where the line is at times with our muses. My very short answer is there is something to the bygone that intrigues us all, and I've landed on Victorian partially because it's still very much with us in our modern conundrum of romanticized visions of the individual (but also industrial scaled productions), yet we've no firm documentation of what it exactly sounded like. From that blurry place I feel like I can make a new soundtrack. I could say the same for more ancient mythologies where I source my name, but artists I admire in part are the men and women Victorian Romantics that swooned in sound. Oh and Telsla, Nightingale, and Marconi. Inventors all.

I'm aware that this isn't doing any favors to commercial viability, or the more currencied cool. The idea of art as effortless, youth obsessed, and soma is a more modern invention that I've never been focused on, despite love of very current electronic sounds. 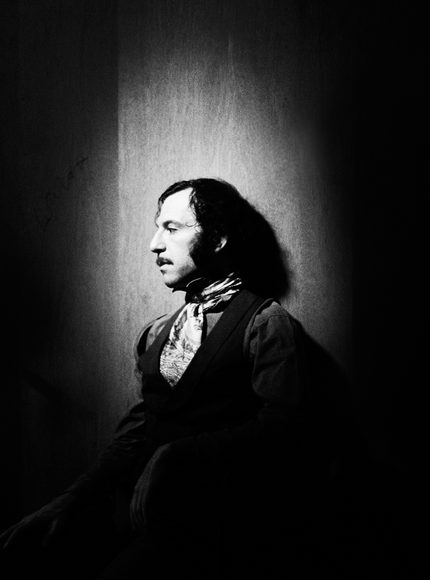 What do you love most about collaborating with other artists, as you did for many of the tracks on Labyrinths?

We've made these machines to be so exacting. The computers allow for so little creative error! Our sonic palette and paint brushes don't surprise often. I'm on something like 17 albums released at this point, easily over 24 hours of released music in total, and I'm still trying to uncover new. That happens most readily when you borrow into other's creative energies. Not unlike at a show when the ineffable is rendered real between audience and artist, I feel the same about collaborating (that includes sampling, but another topic another time). Like on my last LP, Labyrinths, I had a whole cast of characters in studio and among the vocalists Zeroh decided to take the Labyrinths theme very literal and make his verses about being a Minotaur in the maze. I meant the title to reference our complex confusion we inhabit, but his insight to make the myth loom large in the music heightened the whole album.

A little pre-dating the Victorian dandy, but very much an influence on the philosophies there were the Flâneurs. Who'd wander the new megatropolis' streets trying to get lost! How amazing is that. That was their main philosophical point. Attempting dissociation like magic trick. Not that our constant dissociated state owes to their attempts, but why not let their explorations guide us past this morass. I wouldn't even say that a maze is a metaphor for our lives. We are just in a twisting set of obstacle and deadend, with little map of how to conduct oneself out of or in.

How is music-making (or just creativity) a labyrinthine process, if you see it that way?

I'd point to creativity being outside myself. The music you have a hand in is just rearranging the notes you've borrowed from the air. I believe this doesn't rule out a labyrinthine process of discovery, but rather stealing creation from the jaws of entropy.

When I've seen you live, I've been struck by the joy that clearly emanates from you during performances. What brings you the most happiness when you play shows?

That stealing order from chaos, lifting our voices together in chorus, exhuming exuberance from wherever you last buried it, taking a physical part in entrainment, being our best deviance from clearly coursed cartographies, surprises! Having the honor to take part in this most ancient of communion, leading and following, is one of my greatest life joys, and to do it in the international language of music!!

What has been a favorite thing about touring with Mono/Poly and Free the Robots? What should we expect for your show in Asheville?

What I said above, but also as witness to when they do it. The Orange Peel is a wonderful room, a warm inviting place ready for joy, on a Tuesday would be amazing to have a full room, but with knowledge that there may only be the most dedicated revelers in attendance... it makes no difference, we will rise and fall like crashing waves.

Anything in particular in your world at the moment that's moving you (art, music, nature, books, clothing, etc)?

I've been bouldering, as in rock climbing, and it has given me perspective that standing at an instrument cannot. The heights are dissimilar, but the drop is much the same.