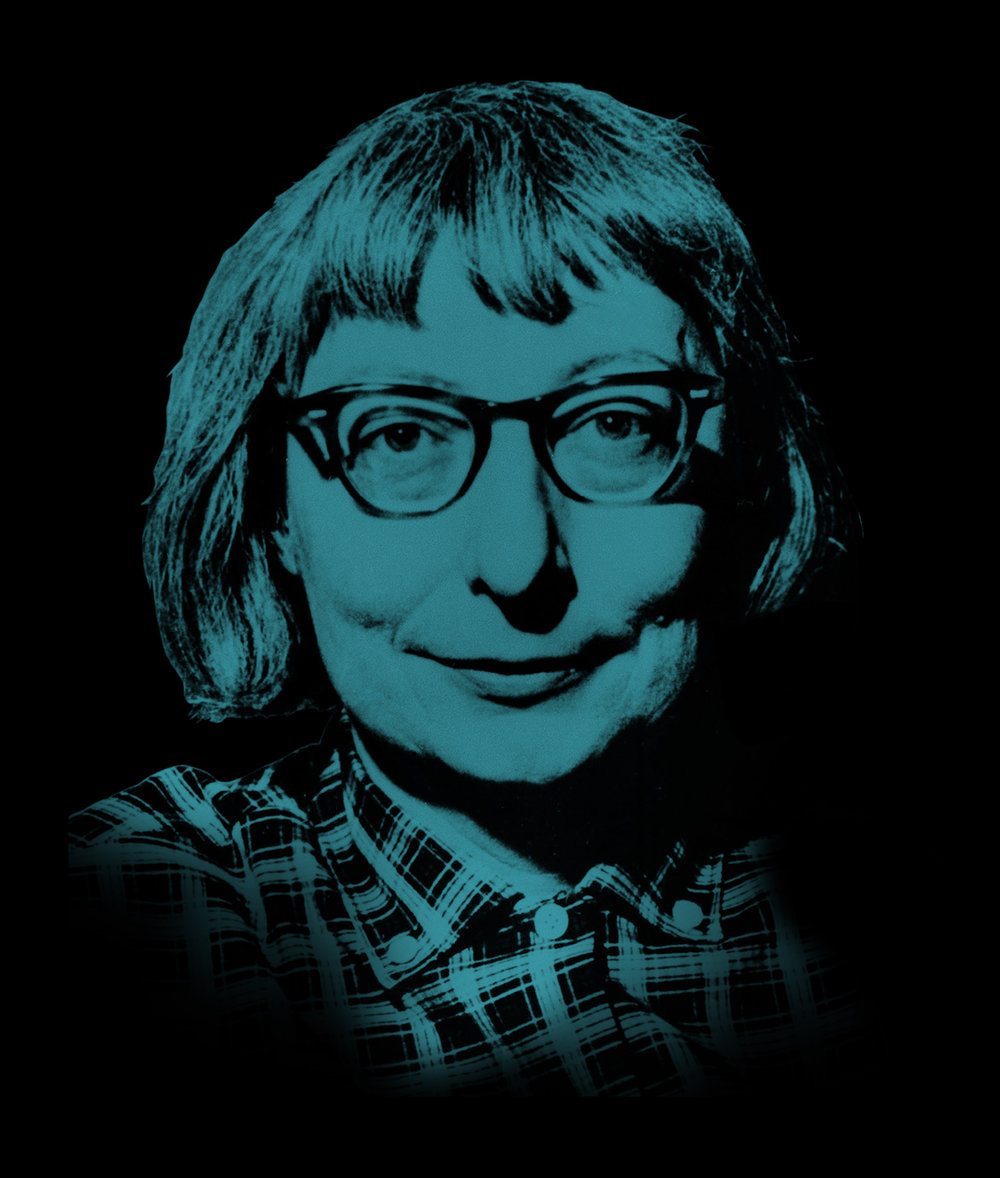 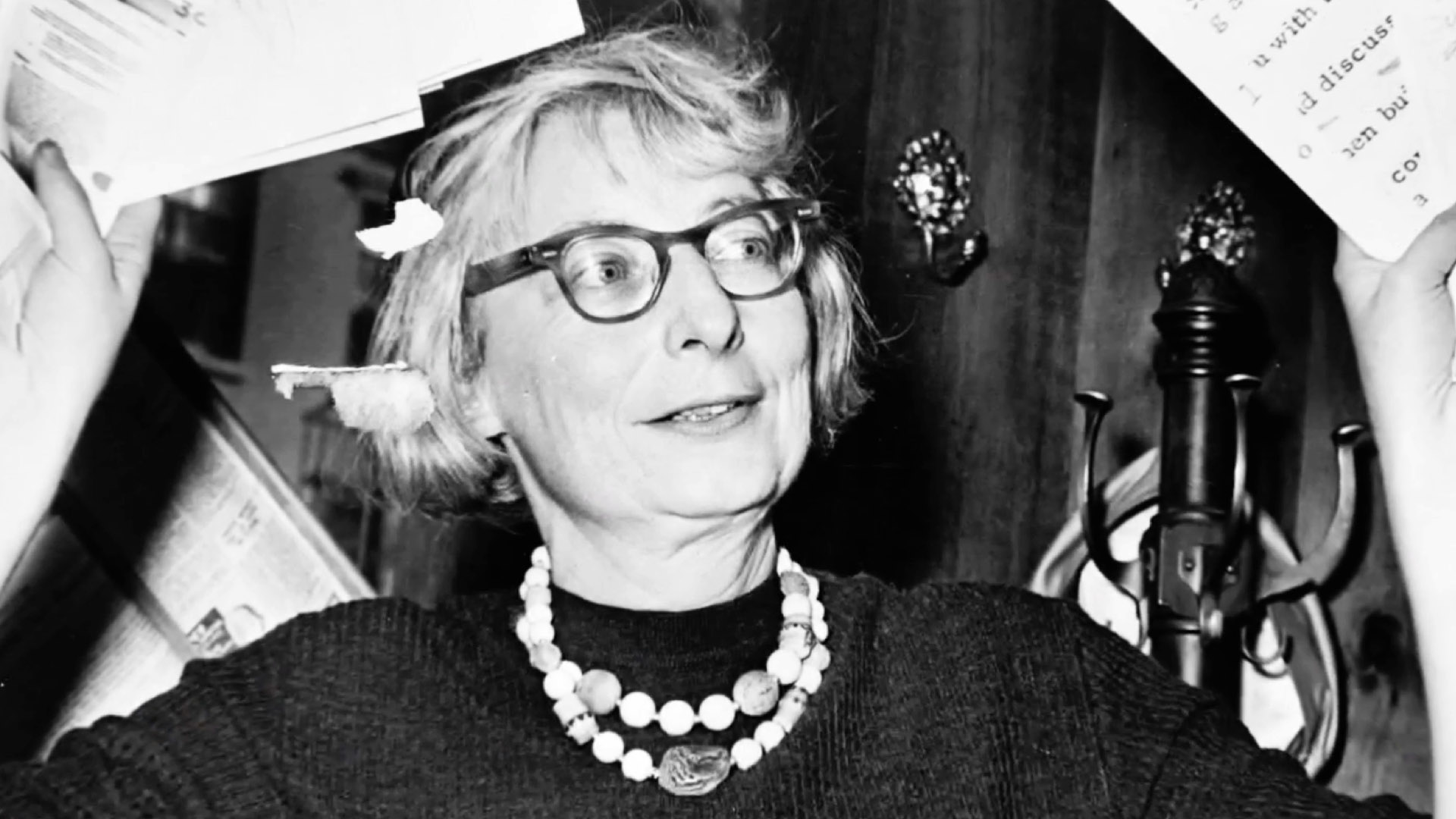 How much do you know about urban planning? How much do you care? Sitting down to watch Citizen Jane, I knew nothing about it. Why should I? But, 15 minutes into the film, I found myself completely fascinated with the subject. That’s the mark of a good documentary.

In a nutshell, documentaries exist to either reinforce your beliefs about a topic, or open your mind to a new one. The former is simply a matter of marketing your film to the right audience, while the latter is a bit trickier. How do you make someone who is completely unaware or ignorant of your subject matter interested? In my case, it was easy—I saw a screener for the purposes of writing this review, but what works for general audiences? I don’t have the answer to that question, but I will say that Citizen Jane does its job. It makes the potentially boring and sterile business of urban planning and renewal into a David vs. Goliath battle for the soul of the city.

Citizen Jane tells the story of journalist Jane Jacobs, and her efforts to halt a series of urban renewal projects—headed by construction magnate and power broker, Robert Moses—in New York City during the 1950s and 60s. It’s also the story of how urban renewal, city planning, the creation and failure of housing projects, and tenant removal all contribute to the eventual death of a city. On one side of the argument you have Moses, whose solution for every problem is to tear down whole neighborhoods, kick out everyone who lives there, and replace everything with “modern” skyscraper apartment buildings. On the other side, you have Jacobs, who believes that cities are living, breathing, organic entities, ones that need diverse groups of people to inhabit sidewalks and own their own businesses. She argues that the congestion of city sidewalks and streets doesn’t equate to chaos, disorder, and crime, as Moses asserts, but that this activity, in fact, makes neighborhoods safer. The more eyes on the street, the less likely someone is to commit a crime. 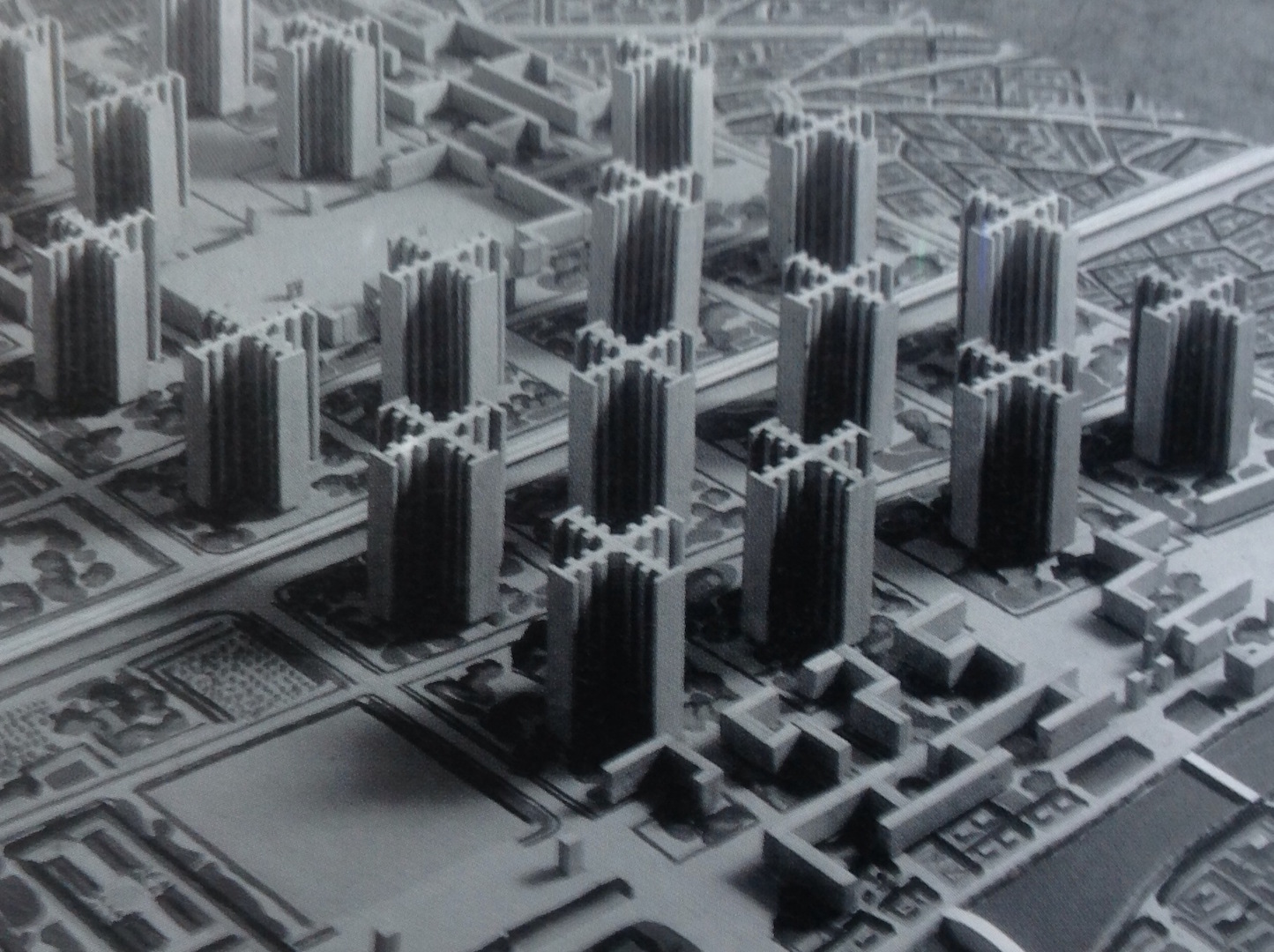 Statistically, she was right about everything. The housing projects that Moses and his ilk created were disasters, and easily some of the most dangerous places in the country. They were akin to walled fortresses intended to keep “decent” folk out, and minorities in. They were cut off and isolated from all positive aspects of city life, and in doing so, created a void of poverty and despair.

Citizen Jane makes it very easy for you to pick sides. Jacobs is well spoken and affable, while Moses comes off as black-hearted and soulless. His utter disdain for culture and diversity are clear to see in the archival footage of his many interviews. One gets the sense that he enjoys kicking people out of their home. At one point, while talking about tenant removal, you can very visibly see his disgust. He is despicable, with his own words and interviews clearly backing this up.

And as a bonus, you know it had to have chapped his ass knowing that it was a woman who was causing him all this trouble. 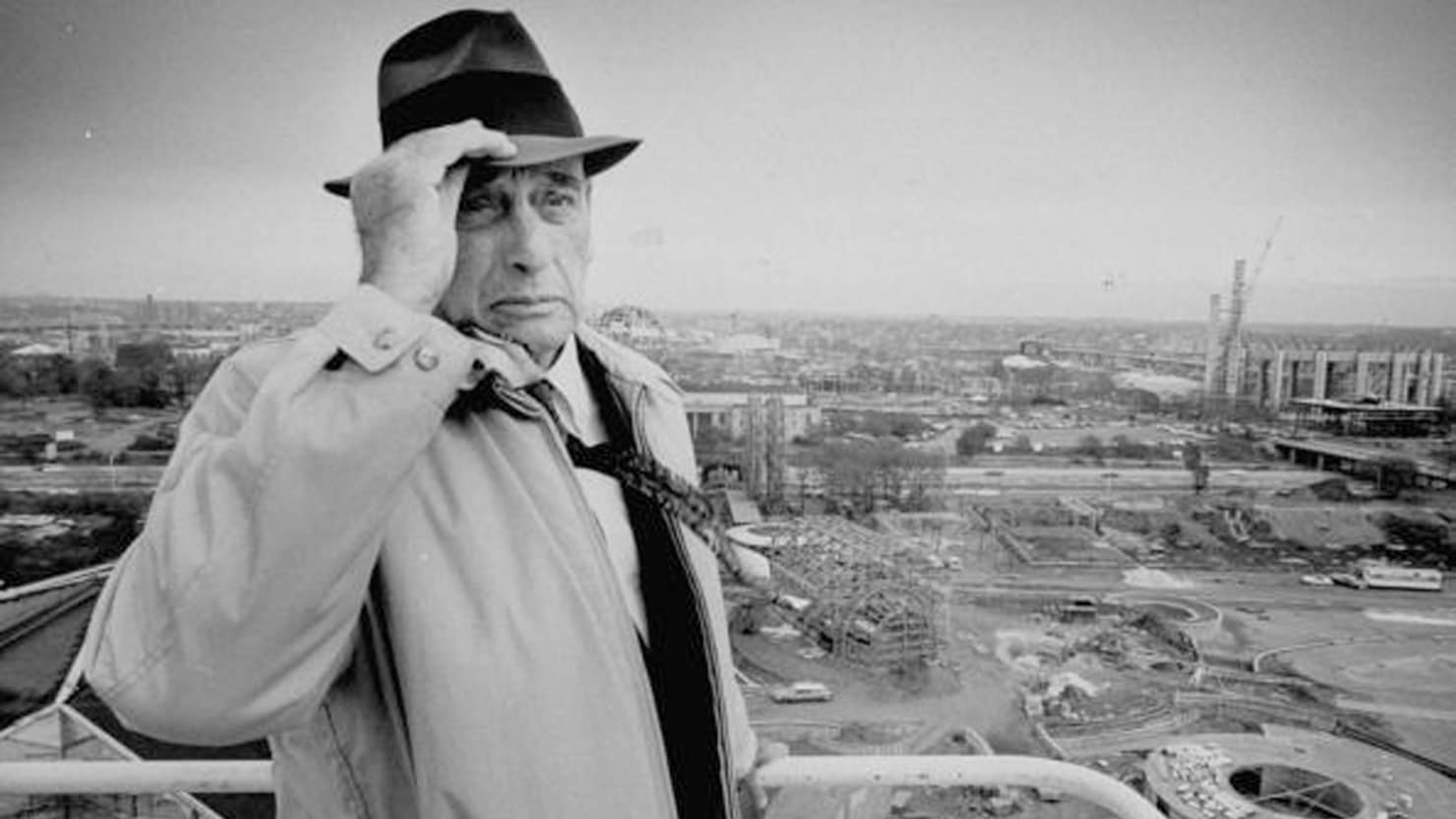 It doesn’t take much to look like a saint compared to Moses, but Jacobs doesn’t need a comparison to be likable. She’s funny and engaging, and most of all, realistic. Her approach to helping the city and people she loves is not only one of humanness, but one of well-reasoned thought and observation. Moses and his cronies would get in airplanes or helicopters to look down at the city. They made their plans from the sky, indifferent to the millions of inhabitants below. Jacobs stayed at street level, observing what the people who lived there needed and wanted. She planned from the street up, not the other way around. 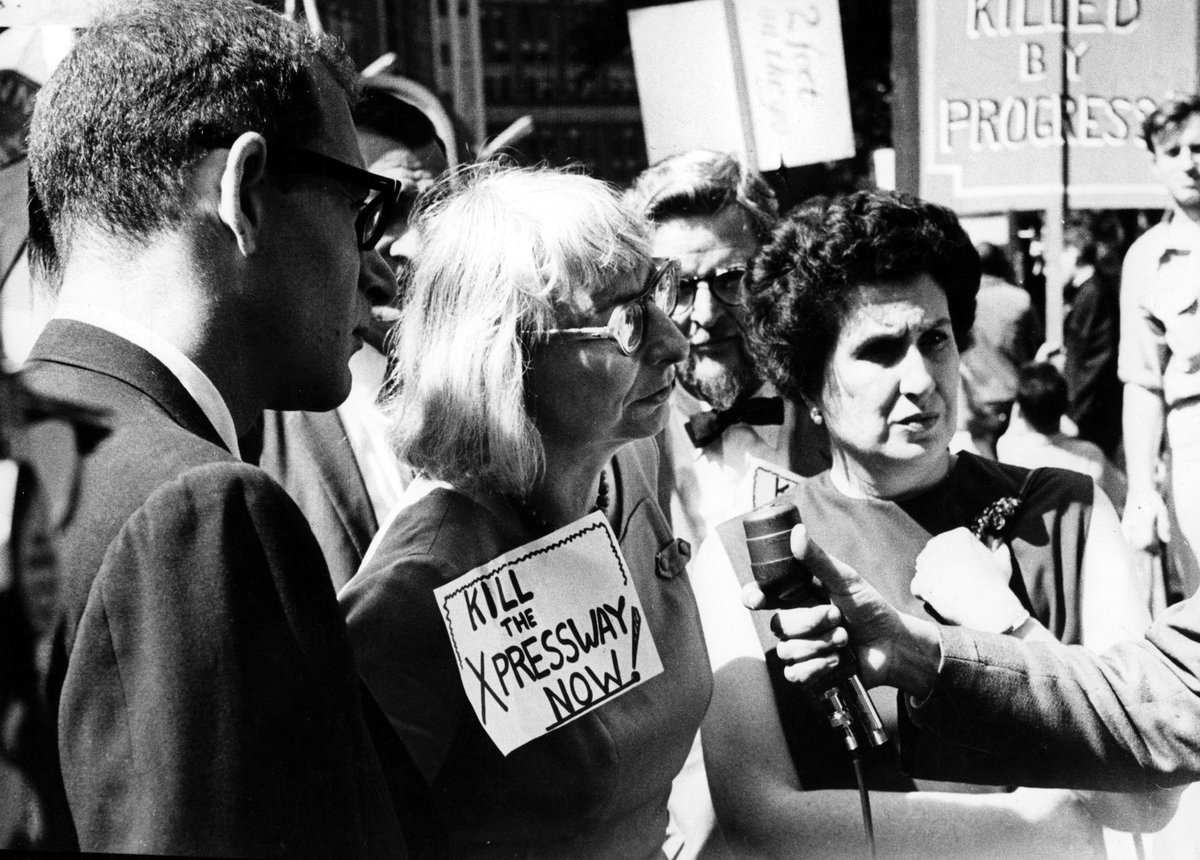 All of this plays out in grand dramatic fashion. Jacobs and Moses had many battles over the years, with a not-so-friendly rivalry forming early on. Director Matt Tyrnauer may not break any new ground for the documentary form—talking heads, archival footage, repeat—but he’s managed to opened my eyes to an issue that I hadn’t previously given much thought to. And it’s an important issue, too. I can see the repercussions of both trains of thought right here in my own city, as I’m sure anyone can with a bit of motivation and observation. It’s a topical film, whether you care or not, but I hope you do.

Citizen Jane: Battle for the City opens Friday May 12, 2017 at Grail Moviehouse.