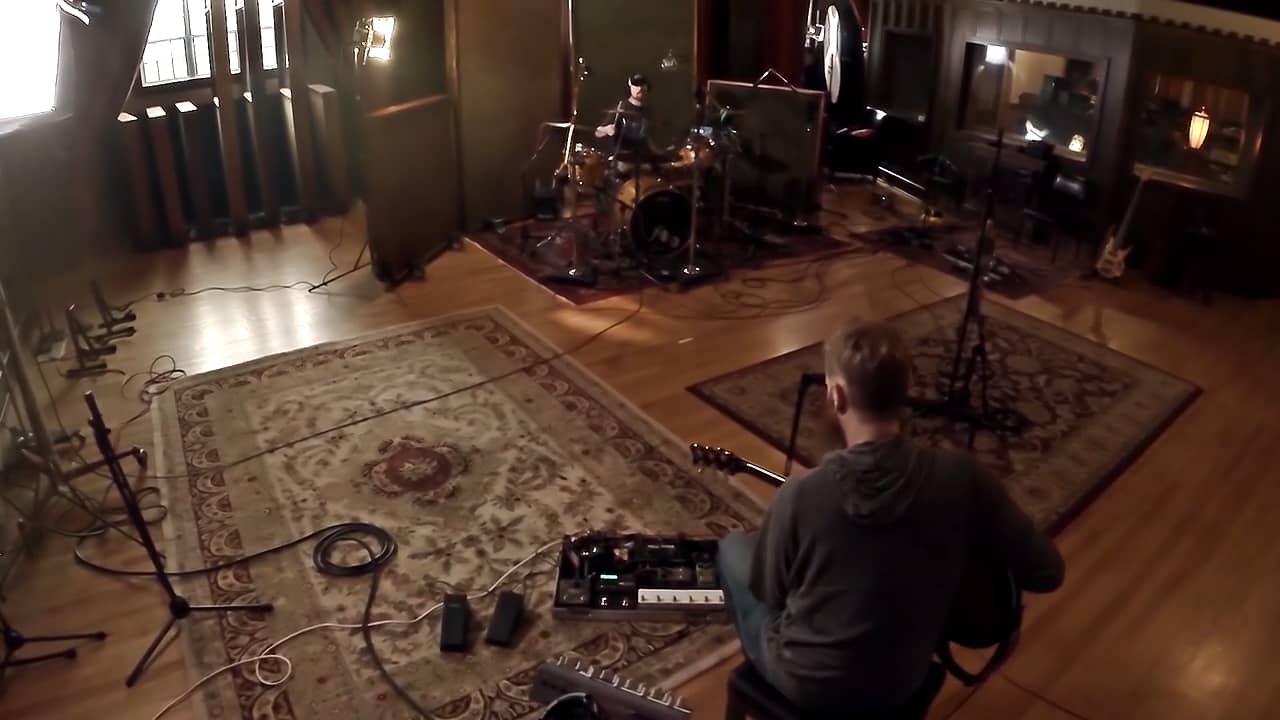 From winning the Judge's Choice Award at the 2015 Music Video Asheville Awards to wrapping up recording of their new album at Echo Mountain, local Asheville Post Rock ensemble Betaplane performs a free show tonight at The One Stop at Asheville Music Hall. Asheville Grit blogger Adam St. Simons linked up with Keyboard/Guitar player Will Little for a Q&A to discuss the project.

Q: Betaplane recently won the Judge's Choice Award at the 2015 Music Video Asheville Awards. This in turn has led to a new album being recorded and produced at Echo Mountain with a strong local buzz surrounding it all. That said, your Facebook page states that Betaplane started in 2012. What were you guys up to in the three years between starting the group and all that's going on now?

A: This project started as a purely creative outlet for the three of us.  We were all active in other gigging bands and wanted a project that wasn't caught up in the whirlwind of booking and promoting shows.  It was just for ourselves for a long time.  When we really started to take shape and establish our sound we began preparing what would be the "launch" . We knew we had one chance to make a first impression and we wanted to take the time to do it on our own terms.  We didn't even have a name for over a year.  Because we did everything ourselves from recording to mixing to filming and editing we didn't have deadlines to meet and our only expense was time.

Q: Betaplane is predominantly instrumental, correct? Your bio states that, "The idea was to create a project that could auditorily dive into what can make a soundscape come alive." How would you describe your sound? What genre is Betaplane exactly?

A: At first we thought we would be strictly a downtempo project.  A lot of our early songwriting was done with computers and sample manipulation, there were several sessions when we weren't even playing instruments. Once we started learning how to play and perform the pieces we were writing it became more textural and organic.  As a guitarist it was a huge exercise in restraint and patience.  We started evolving into a much bigger sound and as we outgrew the downtempo ruleset we embraced several approaches including layers and textures most commonly found in post rock. If we had to be classified in a single genre, post rock is the most appropriate.  But we still find ways to incorporate our ambient and downtempo roots.

Q: Tell us about the new album. What was the writing/recording process like?

A: We have a few tracks we've produced and recorded ourselves.  We have a handful of full tracks that we recorded at echo mountain, including a few improvisational pieces.  We are currently mixing in extra layers, samples, and production on our own to make a finished product.  We're hoping for a 6 or 7 track EP release.

Most of our songs start as random improvisations and themes naturally develop from there; others start as samples or electronic production elements and we write parts on our instruments to fit.  Putting the songs out there for an audience is another important step and we're especially excited to debut new material for that reason.

Q: Your teaser from Echo Mountain is really aesthetically captivating. Between that and your victory at the Music Video Asheville Awards for "Friday" it's clear that there's a heavy video component to your artform. Do you do all your video filming/editing yourselves or is there someone else involved? Can you tell us a little bit about the video process?

A: In the beginning stages of the band we discussed having a distinct visual element to the music.  Collecting sound samples for certain tracks has lent itself well to video concepts. The concept for the "Friday" video came from samples from audio tapes from our drummer's early childhood that were cut in throughout the song.  Taylor Hellhake (bass) is a videographer/editor in his non-Betaplane time, so we are able to keep the whole video process in-house.  With the imagery and footage he collects while traveling, collections of old 8mm reels, and scenes we shoot specifically for our different tracks, we have quite a bit of original visual content. Eventually we hope to incorporate the video heavily into our live show, but we are still in the research phase of making that a reality.

Q: Tell us a little bit about each of the members of Betaplane.

Taylor Hellhake plays bass and is the videographer.  He played bass and theremin for Cindercat and was a regular guest with Duende.  He stays very busy with his professional videographer business depthink productions.

Brad Boughton plays drums and is also currently playing with East Coast Dirt.  Will and Brad have an almost decade-long musical relationship together.  Brad's daughter Lily is the "star" of the video "Friday."

Q: What's on the horizon for Betaplane? When can we expect the album to drop?

A: After years of writing and tweaking we are eager to begin performing more shows. And finish up our recording so we can share our music with a wider audience. We're hoping for a spring release. Then we can start working on our next video.