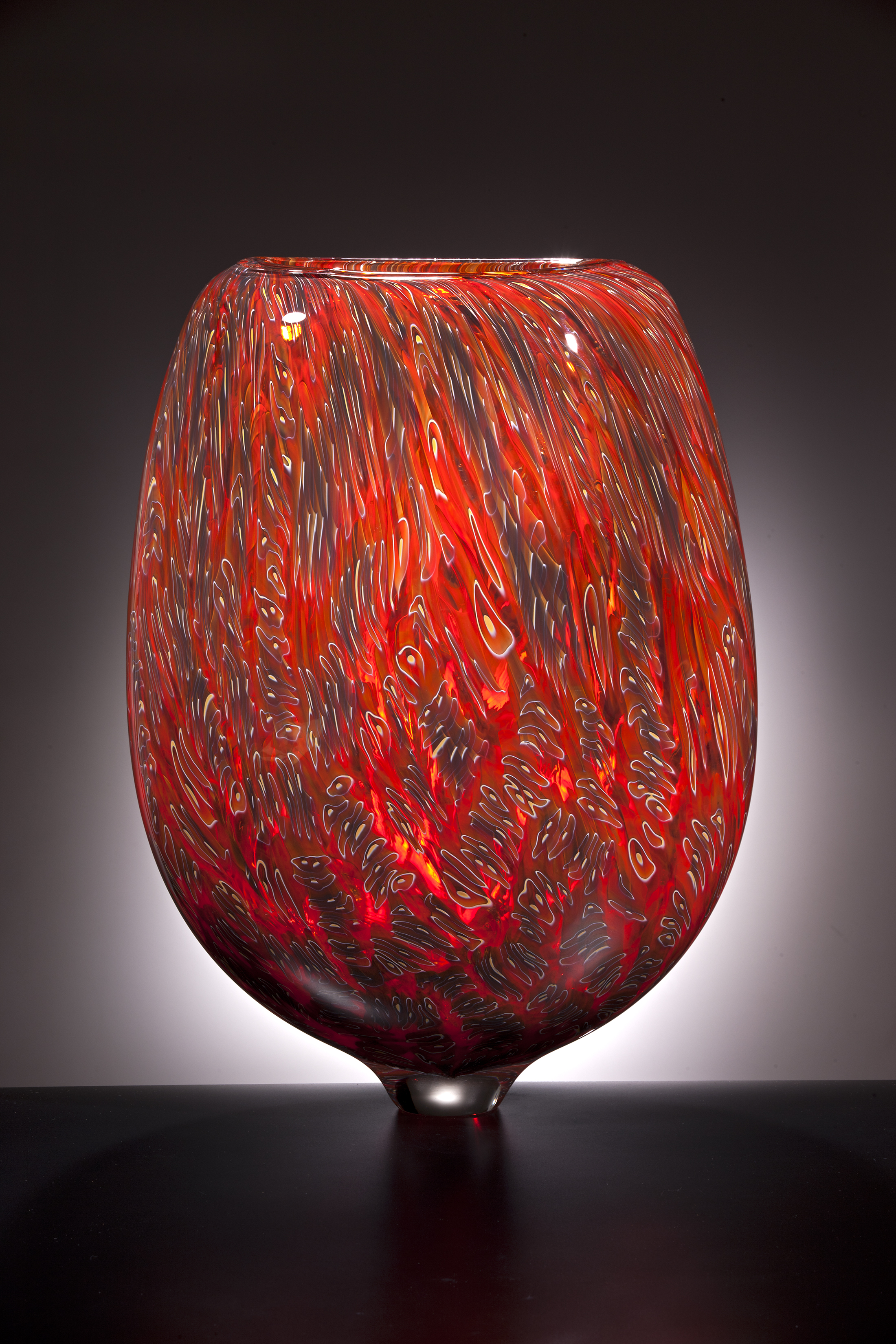 Bender Gallery, an established contemporary fine art and sculpture gallery is opening its doors after moving from its old location on Lexington Avenue. The new space doubles the gallery’s size which allows for an expanding artist roster and the exploration of additional mediums beyond the gallery’s specialty which is glass sculpture. Bender Gallery will celebrate the re-opening with a reception on August 3 from 5-8 p.m. in conjunction with downtown Asheville’s First Friday Art Walk. Artist Eric Hilton will be in attendance at the event. A grand opening reception will be held at a later date.

The gallery will open with three featured exhibitions as part of Asheville’s Summer of Glass being held in conjunction with Chihuly at Biltmore.

The Magic of Nature is an exhibition of exquisite intricately cut and engraved glass sculpture by Scottish American artist, Eric Hilton. One can find the elements of life – earth, air, fire, and water in his work. “I am influenced by nature from which infinite information can be gleaned.” Hilton arrived in the United States in 1971 and was an art consultant for Steuben Glass for over twenty years. Steuben Glass produced glassware from colorless, optical glass for more than one hundred years, and Hilton highlights the material’s purity in his mathematically precise sculptures. He is inspired by remote, hostile environments, and his work draws the viewer into a mysterious and seemingly infinite world of turbulent oceans, polar ice caps, and galaxies. Hilton has received many awards including both a National Endowment for the Arts fellowship and a grant for architectural research. His work is in numerous museum collections including the Corning Museum of Glass and the Smithsonian American Art Museum.

The Maestro is a gallery focus of Venetian glass sculptures by famed international glass blower, Lino Tagliapietra. Tagliapietra is an influential Italian glass artist and master glassmaker who is recognized for his skills and talents throughout the world. He is widely accepted as one of the world’s premier artists working in glass. In fact, Dale Chihuly has referred to him as “perhaps the world’s greatest living glassblower”. Many connoisseurs of contemporary glass art would agree. He earned the title of maestro vetraio - master glassmaker - at the age of 21. In 1979, Tagliapietra came to the United States to teach at Pilchuck School in Seattle at the invitation of Dale Chihuly, thus beginning a long history of sharing his centuries old technical knowledge with American glass artists. The glass artists of the then burgeoning American studio glass movement were hungry for Lino’s technical knowledge and Lino, in turn, was greatly affected by the artistic freedom and experimentalism he observed in his American counterparts.

Mary Van Cline Fundraiser for The Documenta Project is an installation of pate de verre sculpture and photographic prints by glass pioneer Mary Van Cline. Proceeds from sales will be used to fund and expand “The Documenta Project” which has been almost entirely self- funded by the artist to date. Van Cline has been known for her artwork combining photography and glass since 1978. Since early 2017, she’s been traveling the U.S. to take photographs of glass artists, dealers, collectors and critics in an effort to document and immortalize the unique artistic ecosystem that defines the Studio Glass world. Mary’s goal is to capture the spirit of the people who support and contribute to the glass community using life size photographic images where their gestures and presence will be preserved in an archive of life-size photographic portraits that capture the unique personalities of the major glass world figures.

Mary Van Cline has long been well known in the glass art world for her compelling sculptures combining glass and photography. She was first introduced to glass art at the Penland School of Crafts and worked with Kodak in the early ‘80’s to develop a positive photo emulsion to be coated on glass. More recently she has been creating elegant figures in cast glass, almost as if the human images in her photographs had somehow escaped from their two dimensional realm and appeared in the three dimensional world. Her sculptures often combine both cast glass and cold glass techniques with photosensitized glass, leading to an artistic expression that is unique in the glass art world. She has received numerous awards, fellowships and honors, including from the National Endowment for the Arts, the Fujita prize from the National Living Treasure of Japan and others. Her work is numerous private and museum collections around the world, including the Corning Museum of Glass, the Hokkaido Museum of Modern Art in Sapporo, Japan, and the Smithsonian American Art Museum’s Renwick Gallery.

Bender Gallery is a contemporary fine art and sculpture gallery in downtown Asheville with a focus on glass art by internationally recognized artists. The gallery has been specializing in glass for fourteen years and the owners have an in depth knowledge about contemporary glass art. The gallery offers a boutique setting with a contemporary modern aesthetic. They also carry abstract and figurative paintings, mixed media, and select ceramic works.