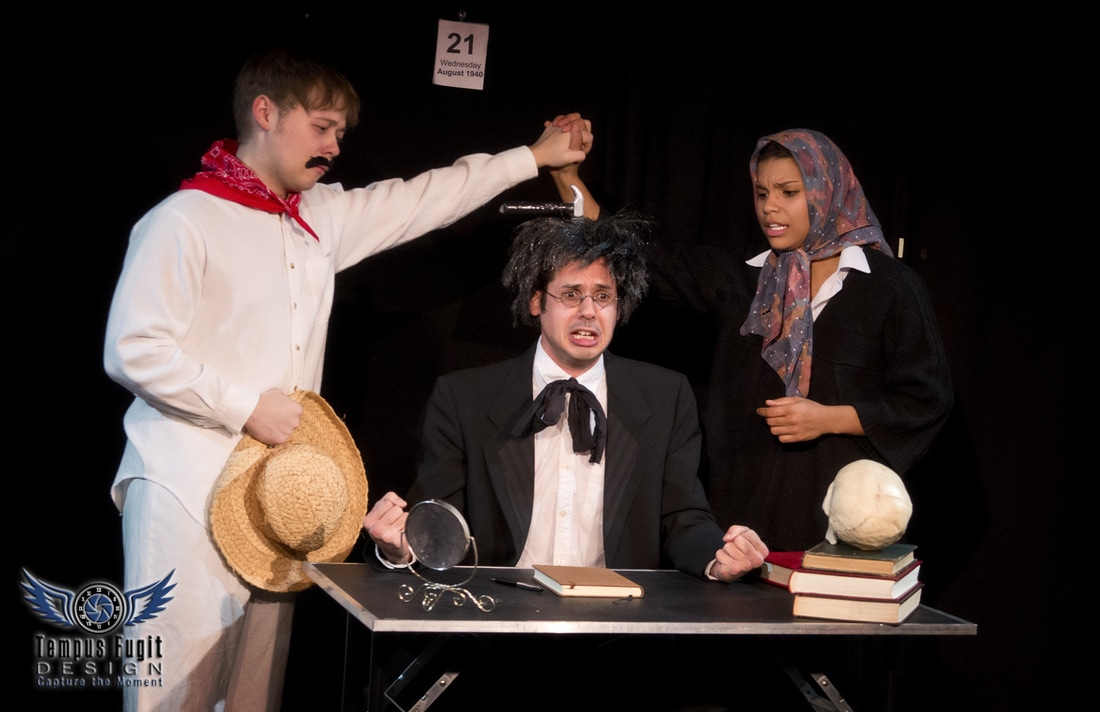 Marci Bernstein, Executive Director of Attic Salt Theatre Company, had a vision of bringing Attic Salt and its top-notch theatrical productions to an arts-friendly town after she and her husband decided to relocate from NYC several years ago. She and Artistic Director Jeff Catanese joined forces to create Attic Salt 19 years ago, and Asheville has been a welcoming home for the company, which recently moved into a new, 2,300-ft Theatre Arts Space in The Mill at Riverside in Woodfin. Attic Salt will use the space to stage adult and family-friendly productions and host workshops and classes. It is also available to rent for a variety of events.

Read on for our exclusive interview with Bernstein, and check out Attic Salt's productions and workshops on their website.

How do you choose the plays you produce?

Our first filter is always the writing.  Even though writing is, of course, subjective, it has to really speak to us.  Because we produce shows at a variety of venues we also have to take each theater into account.  What we can produce at NC Stage is different than what we can produce at 35below just based on the size and layout of each space.

What can you tell us about your upcoming show The Nerd? What drew you to the play?

Both Jeff and I saw productions of The Nerd waaaay back when we were in high school and it just stuck with us both.  It is a really funny piece of theater that’s been on our short-list of things to produce since we started Attic Salt 19 years ago. 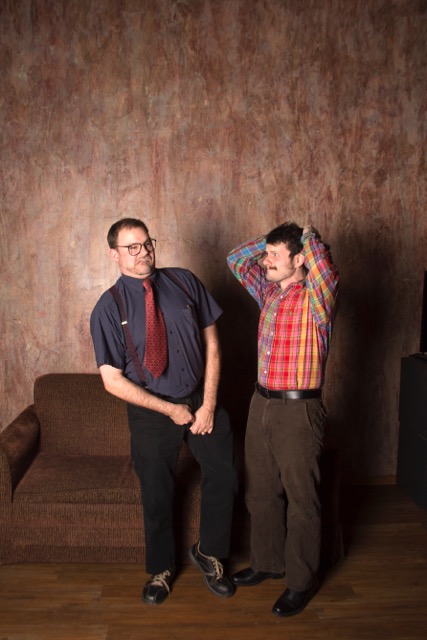 How has live theater changed in Asheville?

We’ve only been here a short while, so I’m not sure that I have a lot of perspective on the history of live theater in Asheville.  I do love that it is a thriving theater town with a lot of great offerings.  There’s really no time of year when there is NO theater happening—that’s fantastic!

What is the significance of the name Attic Salt?

It means “clever, biting wit” and is a praise to the author.  Fitting for a company that uses the script as the foundation of our choices.

How did the company form?

Jeff and I, along with two other friends, were all working actors in NYC.  We were all frustrated with the kinds of work we were getting and decided to jump in and do it ourselves.  Pretty much the same way every small theater starts.  :)  That was 19 years ago, and we’ve gone through a number of incarnations, but we are so fortunate to have made it work for so long!

What brought you to Asheville?

My husband and I were thinking about leaving NYC and could pretty much go anywhere, so we started scouting out places that were arts-friendly.  I didn’t want to land somewhere where I would be “that crazy theater girl from NY.”  Of course, we fell in love with Asheville and decided we’d eventually relocate.  Jeff, in an “I hate NYC” moment of crisis decided to pick up and move.  He came here, sight unseen, totally based on my love of the place.  I joke that he followed me to Asheville, but arrived a year before I did.

Where do you see the future of Attic Salt? What are the long term goals?

Well, we’d definitely like to be around for at least another 19 years! We just moved into our new (and first ever) studio in The Mill at Riverside.  This opens up so many growth opportunities for us, including being able to offer classes and special events.

What classes are you currently offering and what others can we expect? Can you tell us more about the studio rental?

Right now we are registering students for a beginning adult Improv class.  We have things like Stand-Up Comedy, Voice Over for Beginners and and Acting class for 4-6 year olds mid-session right now.  We are building a number of Youth Production classes for the fall and will hopefully announce a round of summer programs for adults soon.  The studio is a beautiful 2,300 square foot space that is great for classes, small events or parties, rehearsals, meetings—you name it. Prices vary based on the renter’s needs, but we are happy to rent it out whenever it is free.

Will you be collaborating with other organizations and venues in town?

We love collaborating—it’s how we have managed to produce this whole time.  The Nerd is part of NC Stage’s Catalyst Series and in July we will be working with Asheville Community Theatre to put up Gruesome Playground Injuries.

What is your favorite part of putting on productions and performances?

It really depends on the show.  As a performer and as a director I love the rehearsal process best—the learning part of getting a show on its feet.  If I had to speak for Jeff I’d say that his love is shaping the overall vision of the show and solving tricky problems as they arrive.

Was there a specific moment or experience that hooked you into the world of live theater?

When I was 8 I read a book of short plays that I found at the library.  There was a Halloween play that I loved.  I collected dead leaves in a shoebox, brought them to school with the script and informed my teacher that I was directing this show.  The leaves were the set.  I’m pretty sure I was born with the “loves live theater" gene.

Do you have any dream projects you hope to bring to the stage someday?

We have a whole list of them, but you’ll have to wait until we produce them to find out what they are.  :)  The Nerd was one of them.  All in the Timing, which was the first show we produced in Asheville, was another.

Any favorite plays or writers?

How would you sum up your philosophy about what makes a great production overall?

Start with a great script, leave all egos at the door and never forget that the final product is more for the audience than it is for the performers, director or crew.

What do you wish you knew when you started that you know now?

We have been incredibly fortunate to have been given some incredible opportunities over the past 19 years.  Projects that kept us funded and working for years at a time.  As a result, though, we haven’t had to master the business side of the business—fundraising and such—until recently.  So we are doing that now—kind of reinventing ourselves in a new town with new projects and a new approach to working.  It probably would have been helpful to learn these skills a long time ago.

We don’t really model ourselves after any other companies, though we tend to notice things we like about other organizations and learn from it.  I think what makes us unusual is that our work history has been so varied—we’ve toured shows for children, worked in schools doing artist residencies for many years, produced for general audiences, have taught and studied a wide array of subjects—we can usually say YES to things that come our way without worrying that it doesn’t fit our mission.  Our mission is about helping both kids and adults access creativity at a high level of excellence—that allows us to stretch in a lot of interesting and diverse directions and we have the work history to back it up.

Do you have any particularly memorable moments on stage?

Our very first performance as a company was in 1998.  We did a 12-minute piece in an industry showcase.  The script was written by Jeff Catanese and starred the four of us who founded the company.  In 12 minutes we squeezed in something like two song and dance numbers, 27 light cues, 19 sound cues, 2 carloads of props and at least one sword fight.  It was a very, very funny 12 minutes which garnered none of us agents.  But it is still probably the most fun I’ve ever had on stage.

A big, fat thank you for reaching out to us for this article!  I hope you’ll get a chance to make it over to The Nerd.

​
The new play 'The Nerd' opens at NC Stage on April 7th and runs until April 23rd. More info about the play and tickets: http://www.ncstage.org/productions/the-nerd/ 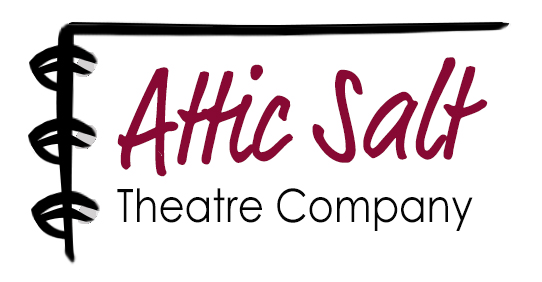