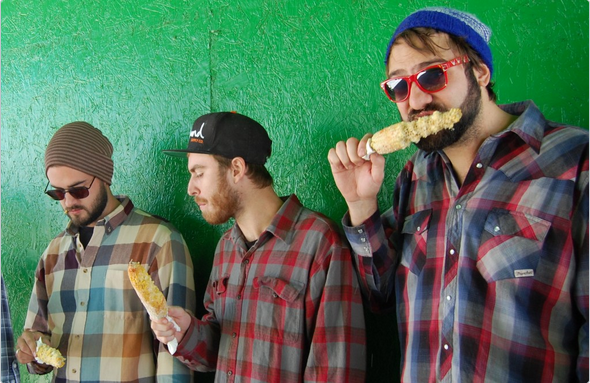 Woohoo! It's Friday and we don't know about you, but we are ready to bust out of the office and have some fun. Here's our little roundup of just some of the things doing down around town over the next few days.

Go out and have some fun.

Free for All Friday!

Isis never disappoints and tonight is no exception. A free show featuring Roadkill Ghost Choir, The Hermit Kings, and Doc Aquatic all hit the stage for what will no doubt be a great night of indie pop rock goodness.

Relish in the last few days of January with Burial Beer Co.’s brew of the month, a Wolf Moon Rose Hip Imperial Stout. If you purchase a bottle, a surprise trinket is included. Grab some friends and head out early before it’s all gone.

Art lovers rejoice with two special exhibit openings tonight right next to each other. Experience Loving After Lifetimes of All This, curated by Danny Orendorff at the Center for Craft, Creativity & Design then pop across the street to The Black Mountain College Museum + Arts Center for their Grand {Re}Opening featuring work by Susan Weil. Read a preview about it here by Dawn Roe.

This kid-friendly showcase is perfect for introducing your little ones to your favorite Beatles jams or just going down memory lane yourself with some friends and seeing just how many lyrics you remember. The band, hailing from Athens, GA, brings the classic tunes to life with an emphasis on the tracks from Abbey Road. They truly hope you singalong and enjoy the show...

The Oscars are fast approaching and while we’re sure you’ve seen The Grand Budapest Hotel or Boyhood, here's your chance to check out moninees in a lesser known but equally honorable category – Live Action Shorts. The five short films will play back to back so you'll be all caught up when the big night rolls around. We especially love that you can grab a beer or wine and tasty snack before heading in to the theater.

And if you feel like getting outta town for the Big Game...

The Super Bowl would be nothing without great food and great beer and Lookout Brewing is clearly keeping that in mind this year. With a specially brewed Super Beer on tap during the game, you can get a pint for $3 while enjoying the big game projected on a 90-inch screen. And don’t miss out on the free chicken wings they will be serving!