Asheville Theater Isn't As Bourgeois As You Think. Really.

Asheville Theater Isn't As Bourgeois As You Think. Really. 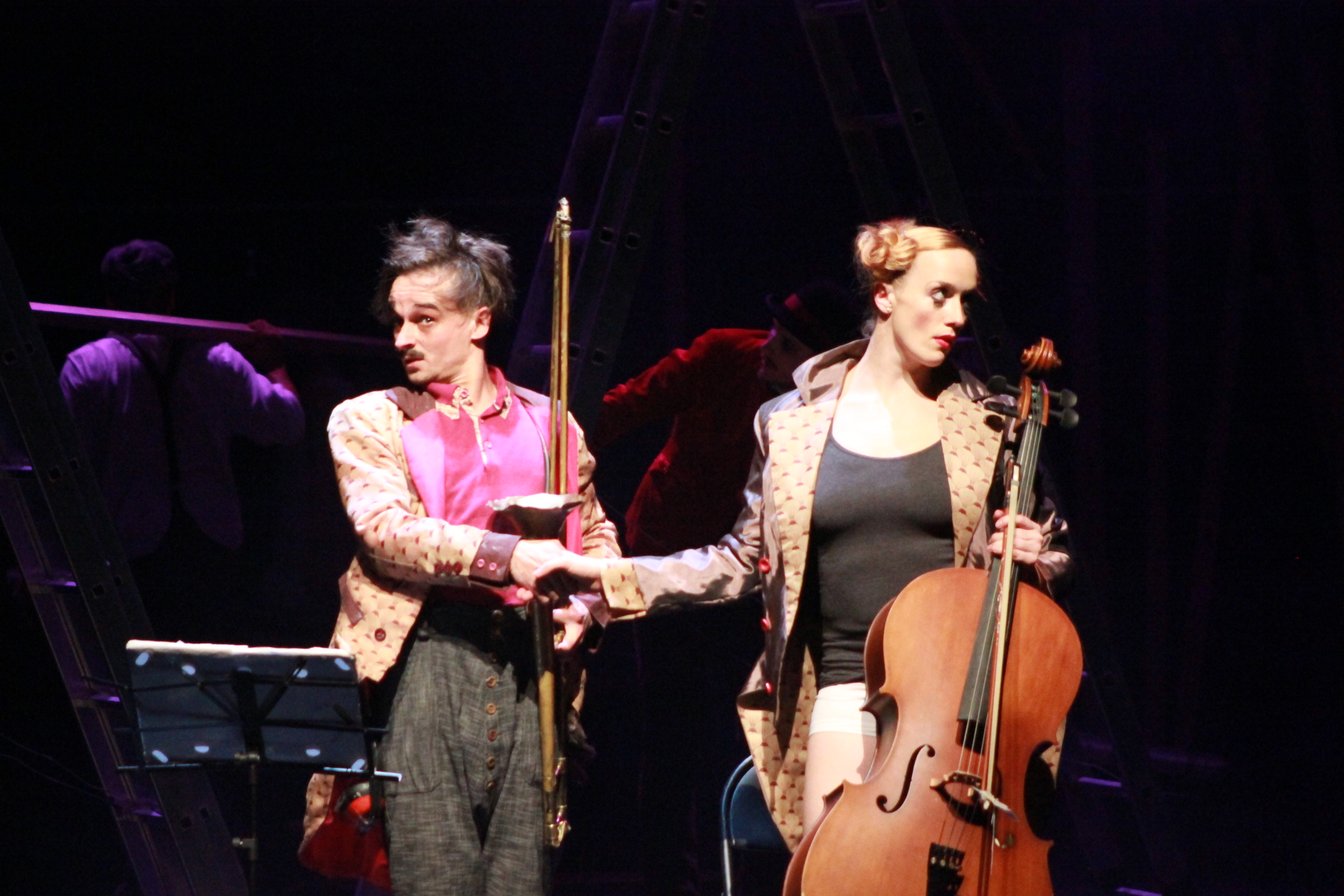 When it comes to Friday and Saturday nights, most of us just rely on PBR, Netflix and the occasional house party to satiate our thirst for relaxation. There is, however, another option up for consideration, one that has been around for centuries, that few students even think of, much less attend.

“As far as students go, theater is dying off. It’s not funded well. It’s not attended well,” says Stephanie Hickling Beckman, managing artistic director for Different Strokes! Performing Arts Collective. “It’s not attended well because the prices are so high and it’s not funded well because you’ve got movies and stuff like that that are much more easy to distribute. It’s too expensive a lot of the time for students to afford, therefore, that’s helping it to die off.”

One of the popular misconceptions with theater and performance arts is that it is more suited to a wealthier, older clientele, particularly white, upper-middle-class retirees. This is not always the case. When looking through various publications to see what is happening in Asheville, theater and performing arts shows are listed, but it is rarely mentioned that practically every theater company in Asheville has huge discounts and additional perks available just for students.

“On the opening Wednesday of every play, we call it, ‘Pay what you wish.’ So you can either come anytime you want for ten bucks, or the first Wednesday for six dollars minimum,” says Steve Hageman, executive director for NC Stage Company. “On the first Thursday of the month, have a light dinner and a heavy hors d’oeuvres buffet. On Friday night, we have dollar beers. So, there are lots of opportunities where a student could have a very nice evening for a reasonable amount of money.”

Asheville also has a small but very diverse theater and performing arts scene. In addition to traditional Shakespearean theater performed outdoors in Montford, there is everything from internationally renowned dance troupes to companies like Different Strokes! that are intent on redefining what theater means to a new generation.

“We were created to promote more diversity in performing arts because performing arts is a very, very white industry, for lack of a better term,” Beckman says. “At Different Strokes!, we believe that actors can come in all shades and that actors can play any role. We like to think that we are socially responsible and culturally aware and all of our theater has some sort of a social justice bit to it.”

This project spearheaded an interest among drama majors to become more involved with local companies, a collaboration that Beckman says she wants to continue.

Nathan Singer, a senior drama student at UNCA, says he recently performed with Different Strokes! in the Neil Labute play The Shape of Things.

“I’ve worked with Steph in the past in two other shows, normally as a stage manager. I really wanted to be able to work with her again, especially Different Strokes!, because every time I’ve worked with her, it’s outside of Different Strokes!,” Singer says. “This came up, and I normally look for things that are up for audition around Asheville, though normally they don’t suit our age group. The Shape of Things, however, did stand out as interesting.”

In contrast to plays, there are companies like the Diana Wortham Theatre and NC Stage bringing in a variety of performance arts, including Czech circus performers, nationally-known magicians, and classical marionettists.

Rae Geoffrey, associate director of Diana Wortham Theatre, points out that coming to the theater does not necessarily mean seeing “theater” in a holistic sense.

“We have such a wide range of things that can interest students, so you don’t have to say, ‘Oooh, I don’t like theater.’ Well, you don’t have to come see theater,” Geoffrey says. “You can come see dance or a juggler or Japanese drumming and you can do it for $10, which is pretty incredible. You have to wait for the day of the show, but how many students make decisions that early anyway?”

Asheville’s burgeoning theater and performing arts scene is dynamic and unusual, Beckman says, and, for the students involved, can also be a catalyst through which to speak out as an activist and a performer.

“It’s nice to be able to do plays about younger people and to have younger people who are a little bit older,” Beckman says. “I think that’s the problem because that’s where a lot of change is going to occur. That’s the audience that we want to build.”