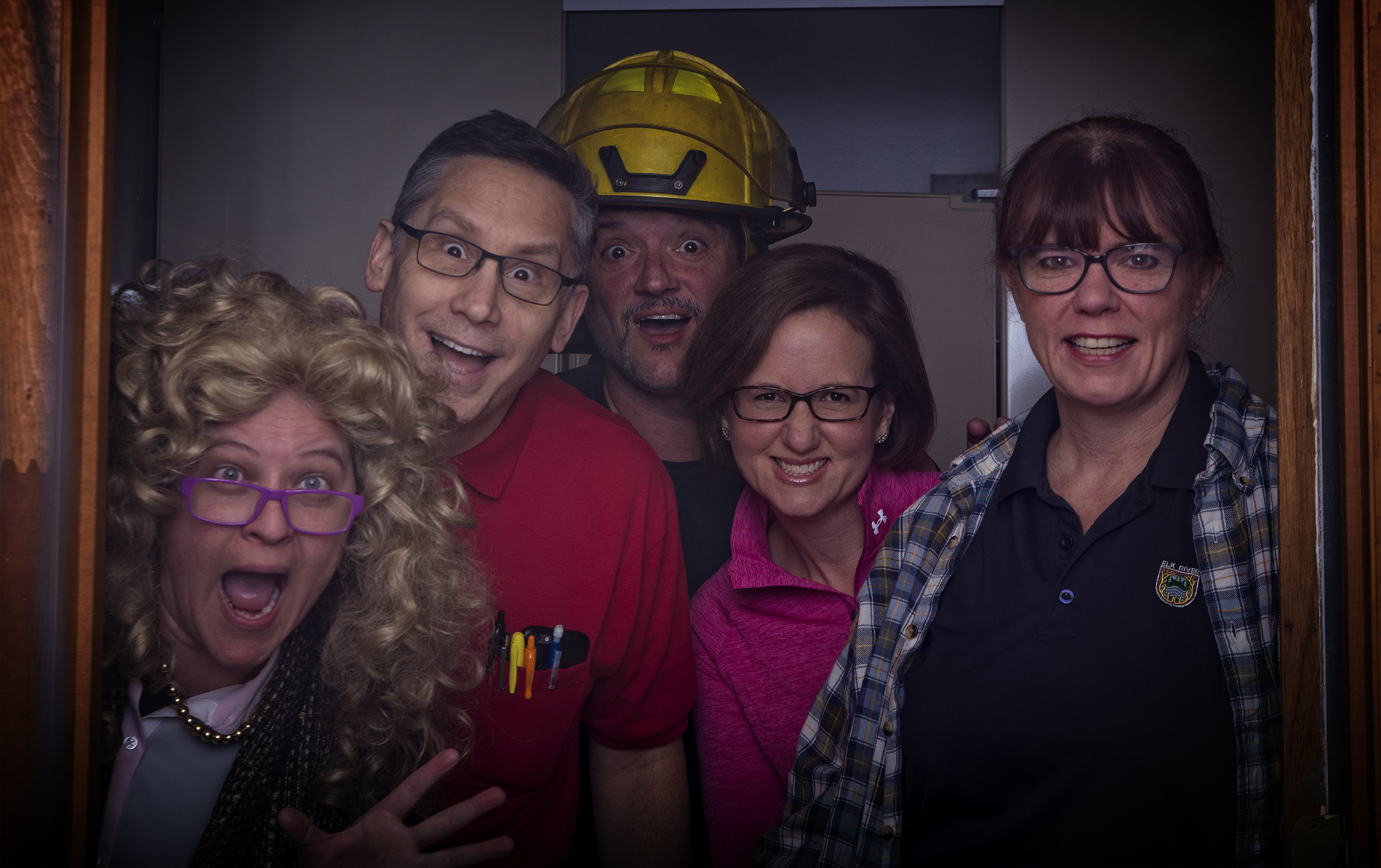 The cast of The Mountain Political Action Committee, from left: Delina Hensley, Tim Plaut, Scott Cameron, Tara Theodossis, and Cary Nichols. The play will have its world premiere at the Magnetic Theatre in Asheville's River Arts District, 375 Depot Street in Asheville.

All Asheville leftists, liberals and Democrats should see The Mountain Political Action Committee, the hilarious new play beginning on Feb. 15.

Local playwright Honor Moor has uproariously translated her timing as a comedic actor into a play that exposes the heartwarming strengths and humorous weaknesses of the Asheville political scene. And yes, even conservatives might get a kick out of it.

The play appears to be a tragedy as it unflinchingly deals with the serious subject of hate crimes. But by harnessing eccentric local characters that every Ashevillian will recognize, Moor smoothly splices hilarity into tragedy, injecting irresistible punchlines just when the horror begins to weigh heavy on the mind. Somehow her characters stay rib-tickling funny, but subjects such as the scourges of McCarthyism get discussed thoroughly.

The play begins just after Donald Trump’s 2016 presidential election victory, when a group of five Ashevillians (all but one of whom are Hillary supporters and Asheville natives) form a secret committee to monitor the hate crimes they believe Trump’s election will unleash. Each member is uniquely positioned to hear vast cross-sections of local scuttlebutt. They zanily range from Andrea Caldwell, a lesbian police dispatcher to Johnson Hendon III, a Verizon phone manager—neither of whom is above bending privacy laws; from Lizzie Crutchfield, a doctor’s wife gaga for gossip and animal rights, to Olson Kelly, who is a politically fence-sitting firefighter and who has “only” lived in Asheville since he was two. This cabal is presided over by DSS receptionist Velma Lytle who is traditionally religious and has a Southern brogue that turns even single words into audience laughter.

And then there’s Lizzie’s semi-feral dog Persistence who is on yet another trial-adoption stint from the Brother Wolf animal rescue shelter. Although the hyper-canine doesn’t make an appearance, she is one of the plays comic stars nonetheless.

Mountain Area Political Action Committee is Moor’s first play but she's a veteran New York City actor, having performed in more than 60 plays there, including many staged by the prestigious NYC Southern Repertory Company, better known as Love Creek. Moor is a former Buncombe County Democratic Party official, a founder of AFFILIATES and has served on several civic boards, including the Asheville Community Theatre, the Asheville City Schools Foundation and the N.C. Arboretum Board of Governors.

The Mountain Political Action Committee will be staged at The Magnetic Theatre (375 Depot Street in the River Arts District) starting Feb. 15 and running through March 3. Call 828-239-9250 for advanced tickets. The production is being directed by Michael Lilly. The cast includes Delina Hensley, Tara Theodossis, Scott Cameron, Tim Plautt, and Cary Nichols. The production stage manager is Jessica Johnson an Abby Auman is providing the lighting and scenic design.

Bill Branyon is a former staff reporter for The Green Line, which became Mountain Xpress, who’s working on his latest book: A Freethinker’s Guide to Love, Money and Religion.