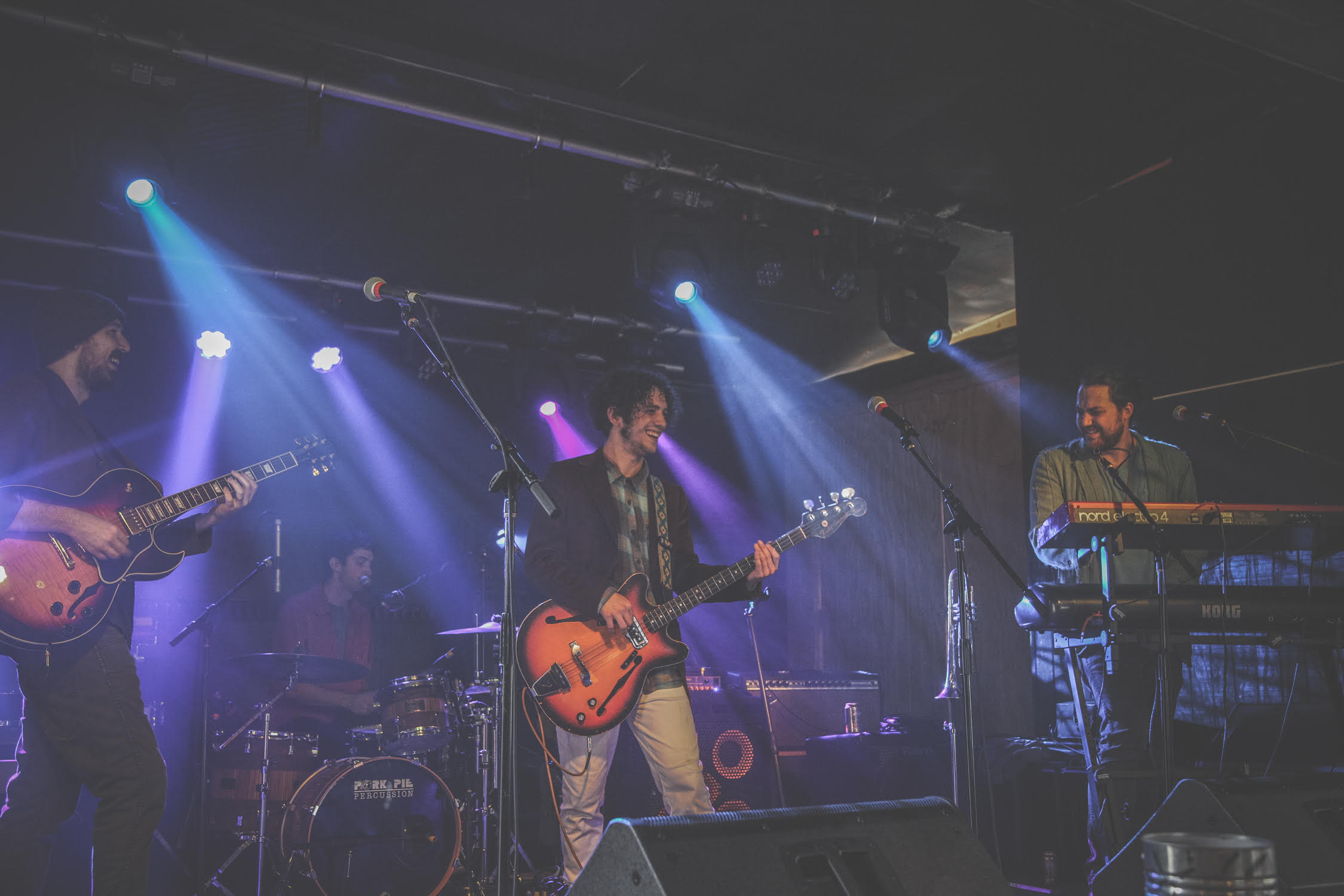 Welcome to Soundcheck AVL, this week we chat with Caroline and Whitney Miller of The Maggie Valley Band, Billy Litz of The Hustle Souls, and tip you off to a venue you may not have on your radar.

If you haven’t had a chance to check out The Maggie Valley Band yet, Friday would be a good time to fix that. Formed more than a decade ago this indie/folk group has been really building momentum since the release of their second EP last year.

Friday at Isis Music Hall they will be releasing their debut full-length album and will have their producer, the critically acclaimed David Mayfield opening for them and collaborating throughout the evening.

“We really just wanted to open for him when he came through town, and we reached out, but he already had an opener,” Caroline Miller explains, “But then he asked if we had thought about having him produce an album for us and we were like, ‘Well, we are now.”

The album, which was recorded at Sweetwater Sound in Akron, OH brings with it, thanks in part to Mayfield’s touch, some new territory for the band. Staying true to the harmonies and the outlaw country of their live performances but drawing on celtic, jazz, and even progressive influences at times, it represents a major step forward for the band.

“I think this album really draws on a lot, from our earliest influences to where as a band we are headed in the future,” Caroline tells me.

With stated influences ranging from Sturgill Simpson to Rend Collective Experiment this leaves ample room for their own creativity. Still, for TMVB, and these two sisters in particular, it is about more than just music. To Caroline and Whitney Miller staying true to their faith ranks above and beyond any dreams of success or nightmares of failure.

“Our faith really motivates us to keep pouring love on people,” Whitney Miller states. Then she adds, with a chuckle, “If it wasn’t for my faith I would be writing extremely bitter songs.”

“The music business is tough,” Caroline adds, “and just pouring love on everyone, everyday, is such a challenge for us. We want to build relationships with people, (our fans) and people can hurt you so much. We just want to always counter that with more love.”

Of course, this is Asheville, so it can’t just be that easy. As you would expect, TMVB is not the only local band performing that evening, in fact, they aren’t even the only album release show. While the Miller Sisters and Co. are lighting up the stage over at Isis, Ellington Underground has a mind-blowing lineup of local musicians.

The evening starts off with Brie Capone, former Brown-Bag winner and rising star in the Asheville music scene before giving way to possibly the hottest young local band on the scene, Window Cat.

Normally that would be an entire show right there, but after both Capone and Window Cat, Hustle Souls will be having a CD-release party of their own. Releasing a CD that, if you listen to keyboardist Billy Litz tell it, will define their sound as a band for the foreseeable future.

“We are happy with our previous releases,” Litz explains, “but we think this one will really define what we do. We have been doing these songs and road testing them for a while and they have become the core of our set and sound.”

With a style that started out tilting towards Americana but has picked up heavy doses of funk and soul, Hustle Souls can take their listener to some very dark, and some very bright places. Nuanced and always easy to dance to they bring it every night.

“We practice twice a week, and we usually gig weekly, but we have been laying low,” Litz confides.

Friday night they plan to let it loose.

You guys ever seen that little spot across the street from the gas station right off of the Haywood Road exit on 240? Well, I have good news for you, it’s a bar. And it’s called Fleetwoods. And they have live music.

If you like all things dive, queen, and leather than this is the place for you. Somewhere between a biker garage, a wedding chapel, and a venue this spot serves up the right kind of grimy fun every time.

Saturday night they will be featuring a veritable cornucopia of young talent as they host RichGirl PoorBoy, Never Getting Famous, You Beautiful Monsters, and the rest of that damn Bird Collective Crew.

Never lacking in energy or passion and talented musicians and songwriters across the board this show is based on collaboration and heavy on interaction (by which I mean you, dear patron, will be dancing your ass off).

Of course, if you are pining for something a little more old-school, a little more I-59 South, then you can always mosey your way on down to Isis Music Hall to see an evening of Lynyrd Skynyrd tunes with The Artimus Pyle Band.

As a longtime member of Lynyrd Skynyrd and one of the few survivors of their fateful plane crash it is unlikely that you will find a better version of their music out there live today, although if you are looking for crappy versions of their songs I would suggest you check out your nearest county fair or redneck bar.

So there is the local weekend on a clamshell. I hope to see you out there!

Caleb Calhoun is an author and journalist who lives on South Slope with his woodland mermaid, Dr. Gonzo. He can be reached at caleb.calhoun@gmail.com and on Facebook at /Gonzonc.