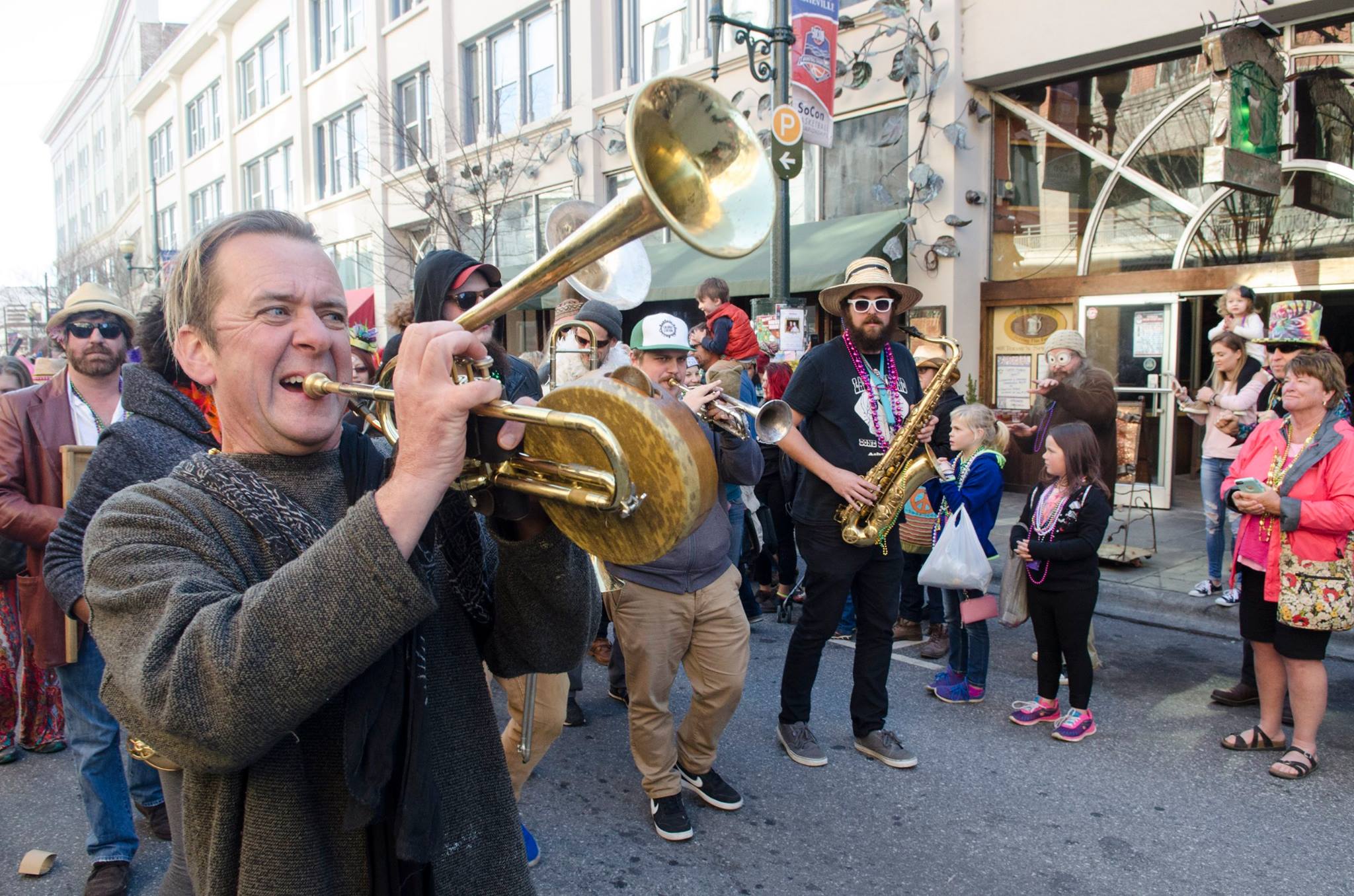 The Asheville Mardi Gras Parade will wind through the city's South Slope neighborhood on Feb. 11 for the first time this year.

Parade participants will line up along Federal Alley from between 1 p.m. and 2 p.m. on Feb. 11. The parade will then step off at its traditional time of 3:05 p.m. and head east on Hilliard Avenue before turning south on Coxe Avenue. The parade will then continue east on Banks Avenue, turn briefly south onto Church Street, then west on Buxton Avenue, before returning south on Coxe and finishing up at the corner of Coxe and Milliard avenues.

Asheville residents have no doubt come to look forward to the electrifying blasts of costumes, music and revelry that fill the streets of downtown every year as the Mardi Gras parade gets underway. This year, all that enthusiastic creativity will still bring sound and color to the depths of winter, but it will do so in a new home – the city's South Slope, the area of town bordered by Patton Ave in the north, Southsidein the south, Asheland on the west, and Biltmore on the east.

The parade got its new home because the Fed Cup tennis competition will be held at the US Cellular Center on the same Sunday as the parade – Feb. 11 – and it was deemed that two major events in downtown at once would bring too much congestion. While it was a scheduling tangle that caused the parade to relocate, both the South Slope businesses and the members of Asheville Mardi Gras (AMG) couldn't be happier about the new route.

"We're delighted that the businesses of South Slope have been so welcoming to Asheville Mardis Gras," said parade committee member Sharon Bowlin.

As evidence of the new support, many businesses in the area will be hosting parties or offering specials to parade participants.

-Ben's Tune Up will be offering $3 beer specials all day

-Catawba Brewing's food truck, Food Stop, will be serving New Orleans-inspired food and the Gravyhouse Storytellers will be playing music from 5-8 PM

-Burial Beer will be unveiling a special brew for the day called "A Glimpse of Paradise,” which they describe as a "bananas foster bourbon barrel aged tripel." In-house