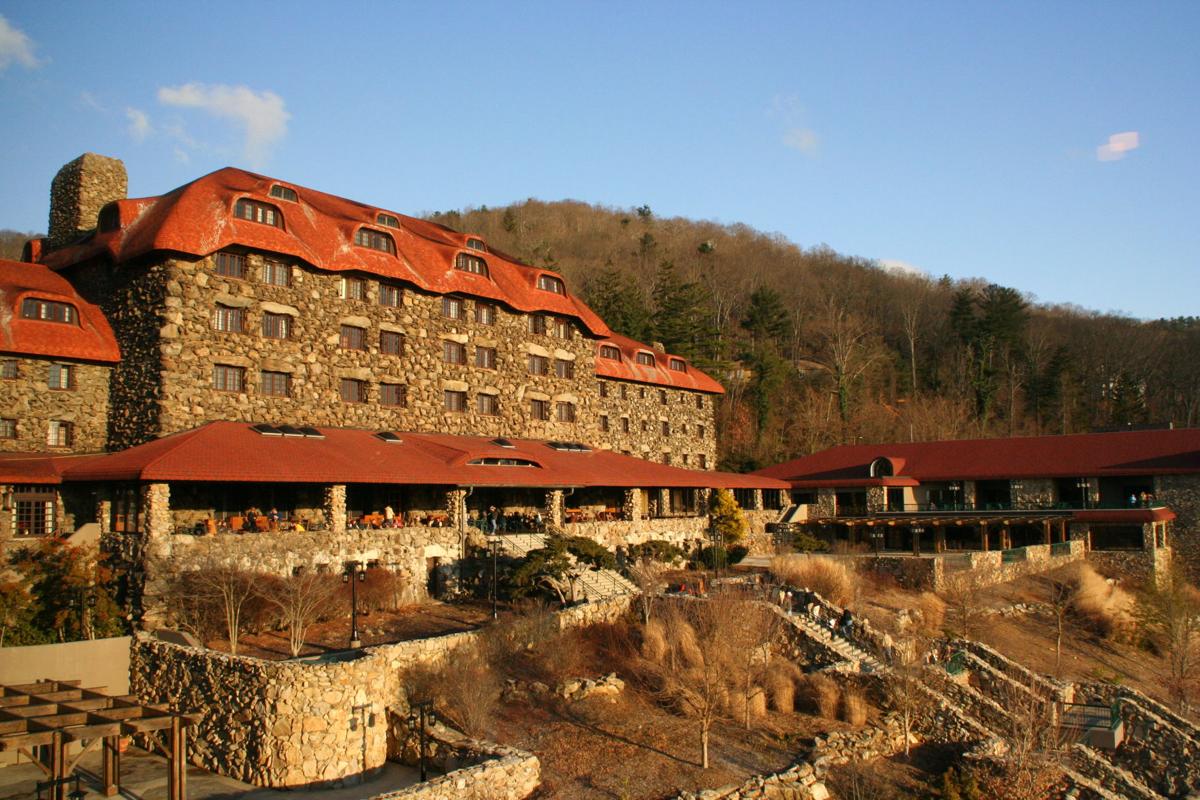 It’s spooky season, and Asheville is in no short supply of haunts. If you grew up in Asheville as I did, whether you’re a believer or not, you’re sure to have heard stories of haunted inns, old jails, and spooky bridges.

Growing up, The Grove Park Inn was the haunted location I heard about the most. Several of my relatives had worked for the Inn at one time or another and each had their own stories to tell, most of which were about the Pink Lady.

The Pink Lady, named for the pink gown she wore on the day of her death, met her fate falling from a balcony in the Grove Park Inn’s original building. There is some speculation as to why she was a frequent guest at the Inn and what caused her to fall. Rumors say that the Pink Lady frequented the Inn because of an alleged affair. And as for her death, some believe she was leaning over the 6th-floor ledge admiring the levels below when she accidentally leaned too far, while others think she was intentionally shoved. Now, the Pink Lady is known to tickle guests and read to children. She primarily resides in Room 545, where slamming doors, cold temperatures, and laughter have been experienced.  For the most part, she is a harmless ghost. However, those who have claimed to catch a glimpse of a woman in an old pink dress sure were spooked!

By the time I was a teenager, I was obsessed with all things spooky, so inevitably I fell upon stories of Helen’s Bridge. The bridge, originally Zealandia Bridge, was all the talk in my high school’s halls come October. Stories say that a woman named Helen had hung herself from the bridge after losing her daughter to a house fire. Supposedly,  if you parked on the bridge, your car would stall and Helen’s handprints would appear on your window, or Helen might even approach you, asking if you’d seen her child. 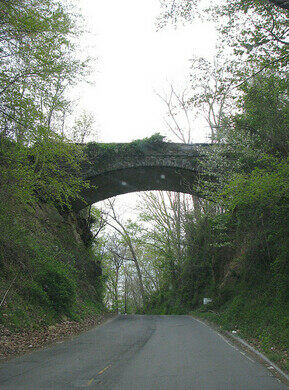 Helen’s Bridge was built in 1909 as a carriageway for the Zealandia Estate and is speculated to be mentioned in a passage of Thomas Wolfe’s Look Homeward, Angel, as a bridge the novelist would frequently walk under, though it cannot be confirmed.  I have visited the bridge several times myself, and have never had any strange occurrences, car stalling or otherwise. Perhaps the energy of rowdy teenagers drove Helen’s spirit away.

And if you think cemeteries and hotels are typical haunted locations, ever heard of Craggy Prison? From 1924 to 1989, the original Craggy Prison held medium-security inmates. While a newer prison has since been built, the original still operates as a Correction Enterprise laundry. Some say there aren’t any ghosts residing in the old jail, but just looking at it is enough to give anyone the creeps! 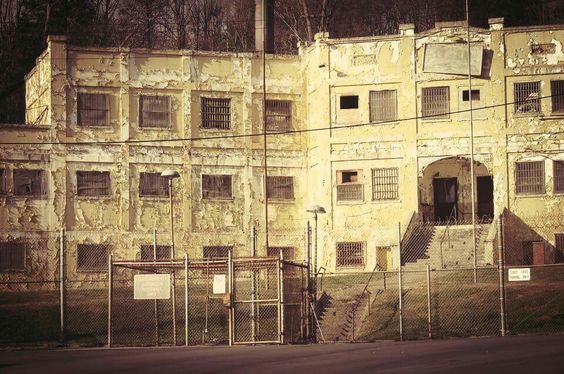 Following high school, many of my friends and relatives began attending UNCA, which is when I discovered the history of Riverside Cemetery. With more than 13,000 graves, Riverside Cemetery is hard to miss when driving toward Exit 25 and also makes for a beautiful walk. Most locals know that several famous people are buried there, including author Thomas Wolfe and politician Zebulon Baird Vance. What they might not know (at least I didn’t) is that a mile away from the cemetery on the current site of UNCA’s Botanical Gardens is where the 1865 Battle of Asheville took place. Some folks claim to have heard gunfire and seen phantom Confederate soldiers marching through the cemetery. Perhaps toward the battle site? 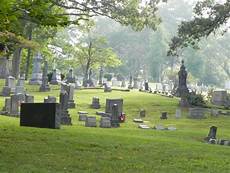 These are only a few of the haunting tales I grew up with, but with Asheville’s rich history it’s no surprise I am still discovering more.

Several resources for learning more about these haunts and others, and even sharing your own experiences are